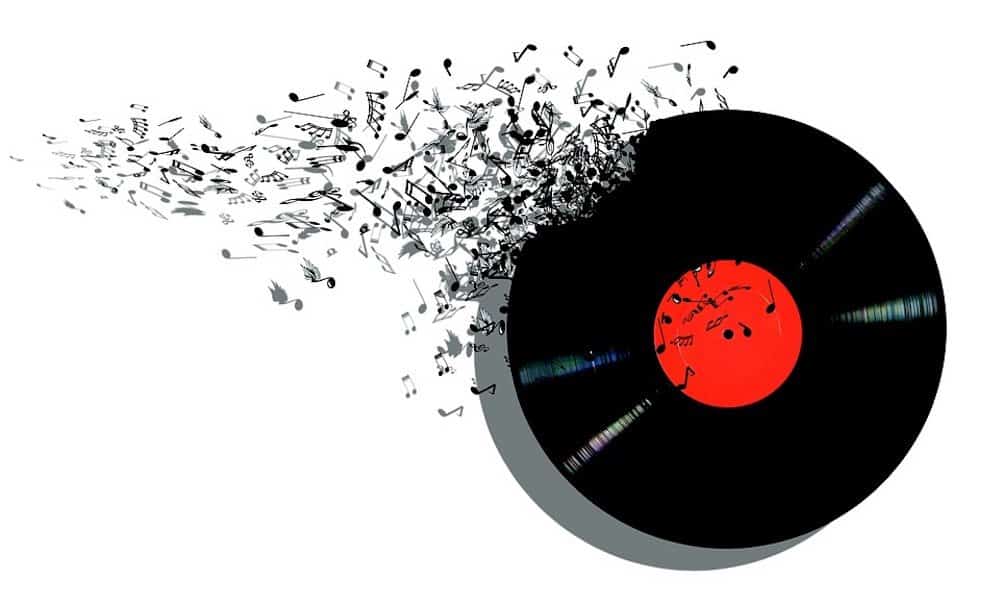 From Susie Erenrich (Producer/Host – Wasn’t That A Time): Stories & Songs That Moved The Nation on WERA.FM.

Wasn’t That A Time: Stories & Songs That Moved The Nation: Episode Links

Description: In 1968, Barbara Dane and Irwin Silber compiled 100 songs for The Vietnam Songbook. In the Foreword to the publication they wrote in part: Several years ago, when we first began compiling songs concerning the war in Vietnam, we organized a concert in New York City whose purpose was to create a public protest against the war. We were moved then by a sense of outrage, a sense of shame, a sense of horror at the crimes being committed in our names. We knew little of Vietnam (as we had known little of Korea, a decade earlier, as we knew little of Algeria while it fought the French). We knew our own frustration, our own sense of impotence in the face of the machinery of our own government and our inability to change the course of events. The book is designed as an act of solidarity, a testament of friendship, between men and women of the United States of America who oppose and work against the criminal policies of their government and their comrades of Vietnam – both north and south. Songs performed by: Pete Seeger; Nina Simone; Tom Paxton; Phil Ochs; Magpie; Country Joe and the Fish; Matt Jones; Barbara Dane with the Chambers Brothers; Peter, Paul, & Mary. This show is sponsored in-part by the International Leadership Association and Busboys & Poets.

Description: This show is Part 2 of our series on the alternative soundtrack to the recently released programming on the Vietnam War produced by Ken Burns and Lynn Novick. It features songs from Broadside Magazine. For listeners not familiar with Broadside, it was a resource for cultural activists, who needed a home for their politically-oriented music. For Movement partisans, it was a space to watch for the latest lyrics to sing during sit-ins, on the picket lines, during demonstrations, and in the jails. Broadside balladeers supported the struggle against the war in Vietnam, by participating directly in the various actions taking place around the country, and in some cases the world. Singers-songwriters also educated audiences, and raised money for the cause. So, when the first issue arrived on the scene, in February 1962, it was welcomed with open arms by the progressive front. Listeners will hear tunes performed by Bob Dylan, Pete Seeger, Phil Ochs, Magpie, Thom Parret, and Paul Kaplan. This show is sponsored in-part by the International Leadership Association and Busboys & Poets.

Description: This show takes a closer look at the sights, and listens to the sounds of the dedicated foot soldiers involved in the struggle to stop the war in Southeast Asia. For listeners, not familiar with Vietnam Summer 1967, it was a nationwide project designed to reach concerned citizens throughout the United States and to weld them into an organized and active constituency against the war in Vietnam. Martin Luther King, Jr., Benjamin Spock and others launched the project nationally on April 23, 1967. From headquarters in Cambridge, Mass. co-directors Richard R. Fernandez and Lee D. Webb coordinated the efforts of 500 paid staff members and over 26,000 volunteers in about 700 local projects. Music performed by Jefferson Airplane; Matthew Jones; Phil Ochs; Joan Baez; Peter, Paul & Mary; Tom Paxton; Eric Burden & The Animals; Barry McGuire; Pete Seeger; Donovan; Crosby, Stills, Nash and Young are part of this broadcast.

Description: This afternoon we continued our Women’s History Month Celebration by honoring Women Strike For Peace. Our story began on November 1, 1961, when an estimated 50,000 women walked out of their kitchens and off their jobs, in an unprecedented nationwide strike for peace. The strike took many forms and included a variety of antimilitarist demands, but banning nuclear testing was the dominant theme. Maternal indignation was manifested by the number of women pushing baby carriages, holding aloft placards that read “Save The Children,” “Testing Damages the Unborn,” and “Lets Live In Peace Not Pieces.” Listen to find out more about this incredible group of women. Songs performed by: Peter, Paul & Mary; Bonnie Dobson; Pete Seeger; Mark Spoelstra; Happy Traum; Jackson Browne; Rosalie Sorrels; Jim Page; Holly Near; Country Joe & The Fish; Phil Ochs; Rod MacDonald.

Description: During this episode, we remembered Women Strike For Peace during the Vietnam War years. This is Part 2 of our story. On November 1, 1961, Women Strike For Peace (WSP) was inaugurated with a day-long strike by an estimated 50,000 women in 60 cities, all pressing for nuclear disarmament. The organization was composed primarily of mothers who feared the effects of nuclear proliferation on the short- and long-term health of their children. They were particularly concerned with levels of irradiation in milk and the increase in nuclear testing. WSP had the slogan “End the Arms Race – Not the Human Race,” as well as “Pure Milk, Not Poison.” In 1963, they turned their attention to U.S involvement in Vietnam. Songs performed by: Peter, Paul, & Mary; Phil Ochs; Paul Kaplan; Tom Paxton; The Weavers; Holly Near; Pete Seeger; Arlo Guthrie.

Description: This on-air broadcast revisits the Kent State Massacre. For listeners, not familiar with this lamentable episode in American history – at 12:24, on a beautiful, sunny afternoon, on May 4, 1970, the Ohio National Guard shot directly into a crowd of students on the Kent State University campus located in Northeastern Ohio. Thirteen seconds and 67 rounds later, four were dead and nine others were wounded. Songs performed by: Peter, Paul & Mary; Richie Havens; Country Joe & The Fish; Crosby, Stills, Nash, & Young; Holly Near; Barbara Dane; Tiny Alice; Harvey Andrews; Magpie.

Description: This week, we commemorated Veteran’s Day, with a salute to soldiers involved in the GI Resistance Against The Vietnam War, & The Troubadours Of Conscience, Who Supported Them. Songs performed by: Barbara Dane; Holly Near; Arlo Guthrie; and others rounded out the show. Wasn’t That A Time is sponsored in-part by Busboys & Poets, and the International Leadership Association.

Description: Phil Ochs was an ally to many social movements. He was lauded as a musical spokesman of the 1960’s. His song, I Ain’t Marching Anymore was one of the anthems of the anti-Vietnam War Movement. Phil was a committed activist who never compromised. In 1964, Phil joined the Mississippi Caravan of Music to help break the back of Jim Crow. He went South to support the domestic warriors on the front lines and then used his songs to educate those who were unaware of southern racial injustice or were unable to make the journey. Throughout his life he traveled the world, lending his voice to many causes and organizing significant concerts like the 1973 “Evening with Salvador Allende,” to raise money for the Chilean people after the 9/11/1973 coup. Phil’s friend, Chilean folksinger Victor Jara, was tortured and executed during the early days of the dictatorship, so the show took on special meaning. This on-air broadcast marks the 41st anniversary of Phil’s death. Songs performed by Peter, Paul & Mary; Phil Ochs; Magpie; Kim & Reggie Harris; SNCC Freedom Singers; Eric Andersen; Jim & Jean; Anne Hills; Greg Greenway.

Description: I was hanging out at Ray’s Place, a local bar in Kent, Ohio, with Tom Grace, Scott MacKenzie, and my long-time partner Brad McKelvey, after marking the 45th Anniversary of the Kent State Massacre. Tom and Scott were among the wounded, that dreadful day, when the Ohio National Guard shot them during a peaceful gathering on the Kent State University campus. Coincidentally, they also attended the 1969 Woodstock Music and Art Festival, months before the barrage of gunfire on the Kent State University campus altered their lives forever. Once I started producing and hosting this on-air broadcast, I felt it was worth exploring the topic further. Listeners will hear some of the stories from Festival attendees, who were also eyewitnesses to the shootings, or directly impacted in other ways. Their accounts will be interspersed with music by the artists whom performed at Woodstock, and later supported the long journey for justice at Kent State. Songs performed by: Joni Mitchell; Joan Baez; Crosby, Stills, Nash, & Young; Country Joe & The Fish; Melanie; Richie Havens; Peter, Paul & Mary

Description: This show marks the 37th anniversary of John Lennon’s assassination. Opposed to concentrating, however, on the heinous crime, that snuffed out his life on December 8, 1980 – this episode focuses on John Lennon’s remarkable legacy, and the music that he left behind. Listeners will hear songs performed by: John Lennon; The Beatles; John Lennon with the Plastic Ono Band; Joan Baez; Richie Havens; U2. I hope you will join me on the air for this special program. Wasn’t That A Time is sponsored in-part by the International Leadership Association and Busboys & Poets.