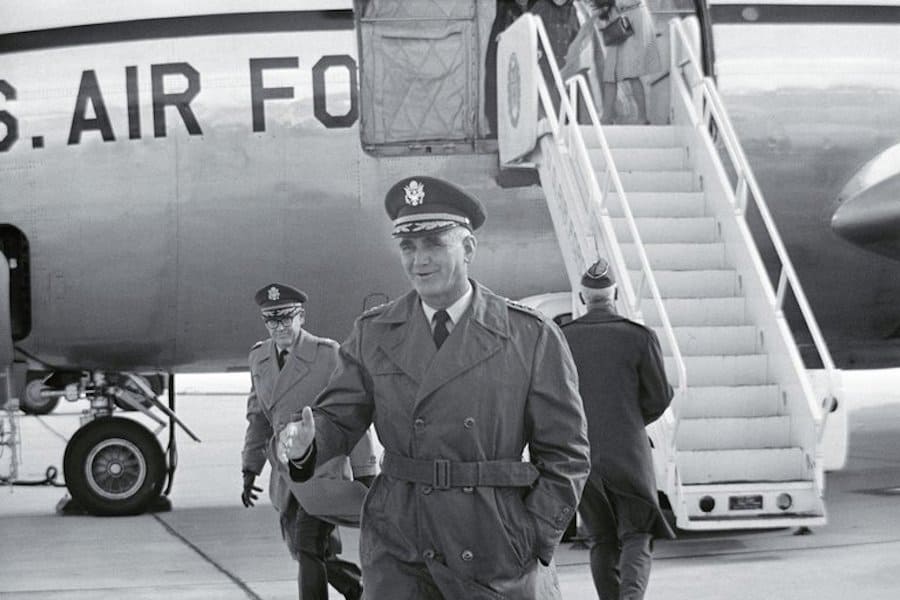 In 1967, the expensive and bloody war in Vietnam was not obviously producing an American victory. Journalists and politicians began to speak of a stalemate. President Lyndon Johnson, and the men leading the American effort in Vietnam, found this intolerable. They felt that maintaining public support for the war required persuading the press and the public that the war was being won. And so, that fall, they undertook what has sometimes been called the “Optimism Campaign.”

Walt Rostow, the national security adviser, coordinated efforts in Washington through an office called the Vietnam Information Group. Once a week, representatives of several relevant agencies met, with Rostow as chairman, to consider how American successes in Vietnam could be publicized. George Allen, who sometimes represented the C.I.A., later commented that in the group’s efforts “to manipulate public opinion,” there was “no consideration of objective truth, honesty or integrity” and “surprisingly little concern about credibility.” (George Carver, the regular representative from the C.I.A., sometimes managed to introduce some realism, but he had a difficult task.)

The core of the Optimism Campaign was the Military Assistance Command, Vietnam, which ran the war effort in South Vietnam. Headed by Gen. William Westmoreland, it used its voluminous battlefield data to persuade the media that the Communist forces were declining in strength. The MACV leadership put heavy pressure on intelligence officers at MACV to make even their classified estimates of enemy strength conform to the optimistic picture that their superiors were presenting to the media. On Aug. 15, Brig. Gen. Phillip Davidson, chief of intelligence for MACV, issued a directive: “The figure of combat strength and particularly of guerrillas must take a steady and significant downward trend as I am convinced this reflects true enemy status.”

Davidson’s officers produced a revised estimate of enemy strength at the end of October. This was a classified document, but Westmoreland and Davidson summarized parts of it in a major press briefing on Nov. 11. They said the enemy forces in South Vietnam were losing men faster than they could be replaced; estimated enemy strength had declined to 242,000 from 285,000. Many Communist units had been so weakened that they were no longer fit for combat, they reported, and their morale was sinking fast.

Westmoreland had been telling reporters since June that the enemy forces were shrinking, but only on background — the reporters were forbidden to identify him as their source. He had been frustrated that so few of them had been convinced. He knew that they would take such claims more seriously if he attached his name to them, but even at the Nov. 11 briefing, the reporters were told they could not identify Westmoreland, or Davidson, in their stories. Later that month Westmoreland finally began, rather cautiously, to allow his name to be attached to this picture of enemy weakness. Surely the reason for his hesitation was that he feared being accused of making spurious claims. But did he fear this because he knew or suspected that the claims were indeed spurious? Or did he fear only that a hostile and cynical press would falsely accuse him of having made spurious claims?

On Nov. 19, Westmoreland made his famous prediction that the United States might be able to start withdrawing troops from Vietnam within two years. This was treated at the time, and has been treated since, as a remarkable piece of optimism. It was in fact surprisingly cautious: If he had actually believed what he had been saying about enemy weakness, he would have been entirely justified in using a shorter time frame.

An increasing number of official voices were saying not only that the South Vietnamese guerrillas known as the Viet Cong had been militarily crippled, but also that the North Vietnamese were losing the ability to infiltrate large numbers of troops into the South, so they were no longer much of a threat outside the northernmost provinces of South Vietnam.

South Vietnam was divided into four Corps Tactical Zones, numbered from north to south. A major study of progress in the war written jointly by MACV and the American Embassy in early November blithely ignored ongoing battles near Dak To in II Corps and around Loc Ninh in III Corps, to write that the enemy was “confining his major operations almost entirely to the general DMZ border area” (the northernmost part of I Corps). It said this surely was not a matter of choice; the enemy must be losing the capability to operate on a serious scale outside of the northernmost provinces.

Gen. Harold Johnson, the Army chief of staff, told U.S. News & World Report, “If you exclude the two northernmost provinces of South Vietnam, just south of the Demilitarized Zone, you find that the major forces of the enemy have already been largely broken up.” He added, “I do not believe that they any longer have the capability of regular, planned reinforcement.”

Leading members of the Saigon press corps were dubious about these claims. Most of them understood that the Communist forces were stronger than MACV was admitting. Lt. Gen. Frederick Weyand, commander of the American forces in III Corps, was the highest-ranking of the American officers who quietly shared, with certain journalists, a picture of enemy strength much more realistic than what was coming out of MACV.

But the most influential American journalists were predominantly based in New York and Washington, and they were much more persuaded by the Optimism Campaign than their colleagues in Saigon were. Hanson W. Baldwin, the military editor of The Times, who had won a Pulitzer Prize for his war reporting during World War II, was typical. In December 1967, as North Vietnamese troops were flooding down the Ho Chi Minh Trail in preparation for the Tet offensive, Baldwin wrote of a reduced rate of infiltration from North Vietnam. He also wrote, “Most intelligence experts believe that the enemy is weaker than he appears to be.”

The campaign seemed to be working: The word “stalemate” appeared less often in commentaries on the war. As the media became more optimistic, the American public did the same. The Gallup Poll occasionally asked the question, “Do you think the U.S. and its allies are losing ground in Vietnam, standing still or making progress?” The proportion of those surveyed who answered “making progress” went from 35 percent in July 1967 to 50 percent in December.

MACV was underestimating enemy strength in October and November. It was underestimating by a wider margin by January 1968. Between November and January, while the Communists were expanding their forces in preparation for the Tet offensive, MACV intelligence officers were complying with Davidson’s directive that estimates of enemy strength should show a downward trend. By the end of January, on the eve of the Tet offensive, the MACV estimate of Communist strength had dropped to 225,000.

Communist combat actions from late January through June showed a Communist force that was larger and stronger than MACV had been saying it was. Several years later, MACV intelligence officers reconsidered the question and decided that actual Communist strength in South Vietnam in January 1968 had been 287,000 — and even that was probably an underestimate.

When the Tet offensive hit, General Weyand was not surprised by the strength of the enemy forces. But he was in the minority. The White House, the press, the Pentagon and the public were caught unprepared. The Optimism Campaign had worked, all too well.