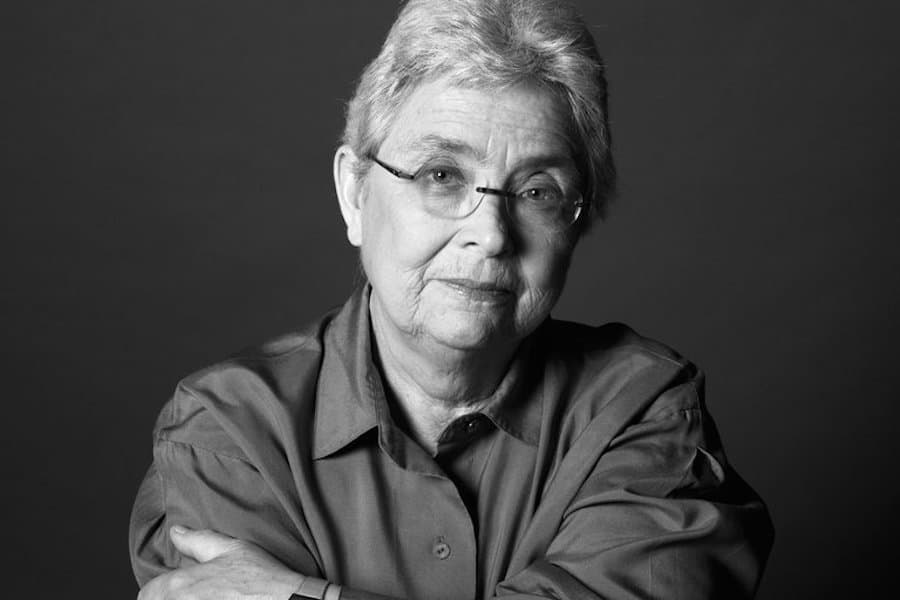 Marilyn B. Young, a leftist, feminist, antiwar historian who challenged conventional interpretations of American foreign policy, died on Feb. 19 at her home in Manhattan, where she was a longtime professor at New York University. She was 79.

The cause was complications of breast cancer, said her son, Michael.

Professor Young’s political consciousness was rudely awakened when, as a Brooklyn teenager in 1953, she defied her father and watched from the fire escape of her family’s East Flatbush apartment as thousands of mourners gathered for the funeral of Julius and Ethel Rosenberg, who had been executed two days before at Sing Sing Prison for conspiracy to commit espionage.

“Get back inside,” her father yelled, a friend recalled. “The F.B.I. is taking pictures.”

The government’s aggressive pursuit of Soviet spies and her father’s trepidation set her on a course from which she never deviated: writing editorials for the Vassar College newspaper against red-baiting and favoring civil rights for blacks and political opportunities for women; researching a doctoral thesis that re-evaluated historic United States relations with China; and laying an anticolonial foundation for her opposition to the wars in Vietnam and Iraq.

Describing the United States as “a nation dedicated to counterrevolutionary violence,” she wrote in The New York Times Book Review in 1971 that “the most agonizing problems of recent American foreign policy have concerned not our ability to reach accommodation with acknowledged big powers, but our persistent refusal to allow revolutionary change and self-determination in smaller ones.”

In one form or another, she explained in 2012, since her childhood the United States had been at war — “the wars were not really limited and were never cold and in many places have not ended — in Latin America, in Africa, in East, South and Southeast Asia.”

She described her evolving foreign policy until then as “anti-interventionist” — a policy she forswore, however, when it came to advancing the causes she cared about.

She was born Marilyn Blatt on April 25, 1937, in Brooklyn to Aaron Blatt, a postal superintendent, and the former Mollie Persoff, a school secretary.

She graduated from Samuel J. Tilden High School, earned a bachelor’s degree in history from Vassar in 1957 and received her doctorate from Harvard. Her dissertation became, in 1968, her first book: “The Rhetoric of Empire: American China Policy, 1895-1901.”

She also wrote “The Vietnam Wars, 1945-1990,” published in 1991, in which she called the conflict a revolution driven by anti-foreign nationalism. The Cornell historian Walter LaFeber described the book as a “deeply researched, detailed, well-written and outspoken account that should help shape how serious people view the Vietnam wars.”

She married a fellow graduate student, Ernest P. Young. They moved to Japan, where he was a speechwriter to the American ambassador, and then to Ann Arbor, Mich., where both became professors at the University of Michigan. They separated in 1976 and later divorced.

In addition to their son, Michael J. Young, the president of the New York Film Academy, Professor Young is survived by a daughter, Dr. Lauren Young, a psychologist; three grandchildren; and her sisters, Leah Glasser, a dean at Mount Holyoke College, and Carole Atkins.

Professor Young joined the faculty of N.Y.U. in 1980. She founded its Women Studies Department, was chairwoman of the history department from 1993 to 1996 and was co-director of the Center for the United States and the Cold War at the Tamiment Library. In 2011, she was elected president of the Society for Historians of American Foreign Relations.

“I find that I have spent most of my life as a teacher and scholar thinking and writing about war,” Professor Young said in her presidential address to the organization. “I moved from war to war, from the War of 1898 and U.S. participation in the Boxer Expedition and the Chinese civil war, to the Vietnam War, back to the Korean War, then further back to World War II and forward to the wars of the 20th and early 21st centuries.”

“Initially, I wrote about all these as if war and peace were discrete: prewar, war, peace or postwar,” she said. “Over time, this progression of wars has looked to me less like a progression than a continuation: as if between one war and the next, the country was on hold.”

Correction: March 10, 2017
An earlier version of this obituary, using information from Professor Young’s family, omitted the name of a survivor. In addition to those named, she is survived by her sister Carole Atkins.