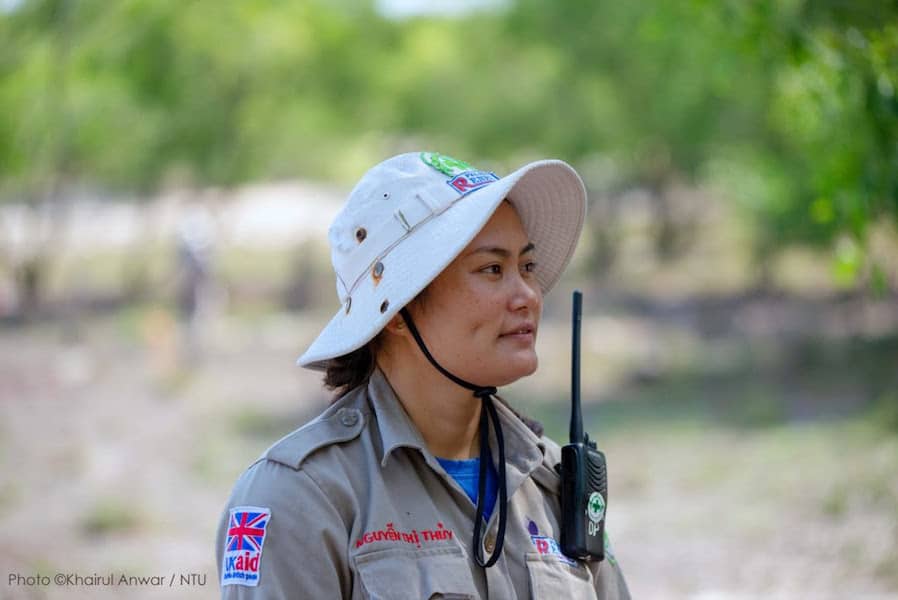 At age 30, Nguyen Thi Thuy has started in a job that everyone in Vietnam believed that only men could do. This mother of one daughter now leads an all-female clearance team of 16 members for clearing cluster munitions and other explosive remnants of war contaminated land in Quang Tri Province.

The youngest from a family of eight children in Gio Chau Commune, Gio Linh District, Nguyen Thi Thuy has been working with the Survey and Clearance Program of Project RENEW and Norwegian People’s Aid (RENEW-NPA) in Quang Tri Province since 2013. 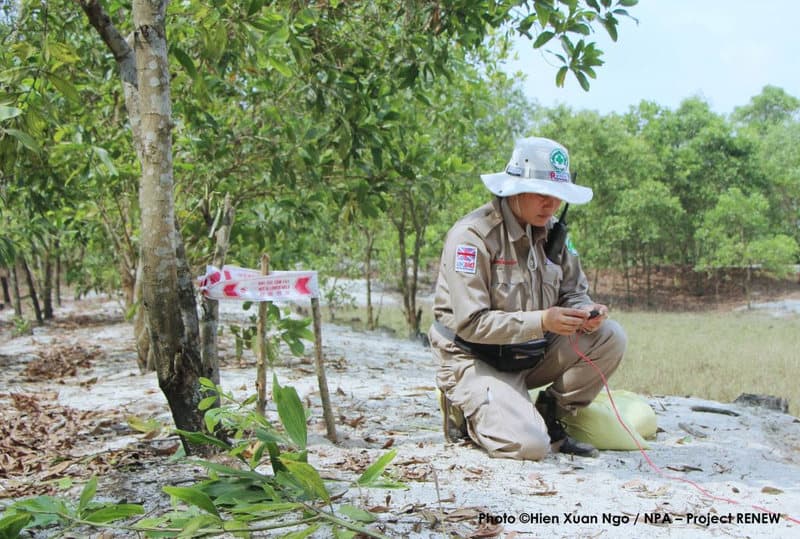 Nguyen Thi Thuy started as a technical survey operator when she joined Project RENEW-NPA some six years ago. Thuy obtained an Explosive Ordnance Disposal (EOD) Level 2 certification in May 2015 and only two months later, Thuy was promoted to team leader of a Technical Survey team. The work of this team was to identify and map out Confirmed Hazardous Areas (CHAs) for full clearance. 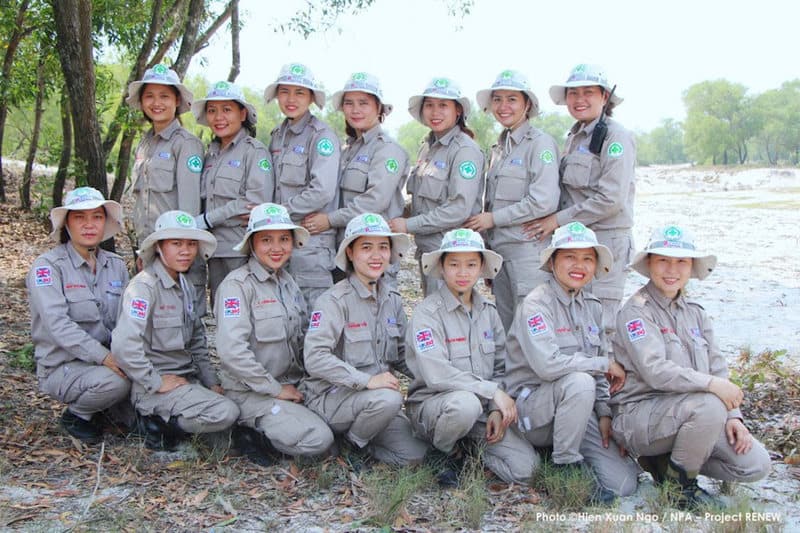 In 2018, funding from the UK Department for International Development enabled Project RENEW-NPA to conduct Battle Area Clearance (BAC) operations to clear CHAs which had been identified through technical survey process. As a result, in October 2018, Project RENEW-NPA deployed one all-male BAC team and Vietnams first all-female BAC team to clear CHAs identified in Hai Lang District.

Since the start of the work in Hai An Commune of Hai Lang District in October 2018, Thuy’s all-female BAC team has cleared 216 items of different unexploded ordnance, including 120 cluster munitions. Thuy’s team has cleared and released 373,120 m2 of safe land for the community to now use safe and further develop. The team’s meaningful work benefits over 4,600 villagers in Hai An Commune.

Project RENEW was established in 2001 as a joint effort between the government of Quang Tri Province and interested INGOs to “restore the environment and neutralize the effects of the war” – with the main focus on unexploded ordnance.

Norwegian People’s Aid (NPA) is one of the leading organizations worldwide in humanitarian disarmament. NPA has worked in Vietnam since 2008 following the signing of an MOU with the government of Quang Tri People’s Committee to support the development of Project RENEW’s Explosive Ordnance Disposal (EOD) capacity. NPA’s operational footprint now covers all of Quang Tri and Thua Thien Hue Provinces, with an increase of assets to four Battle Area Clearance teams, one Non-Technical Survey team, four EOD teams, and 25 Technical Survey teams.