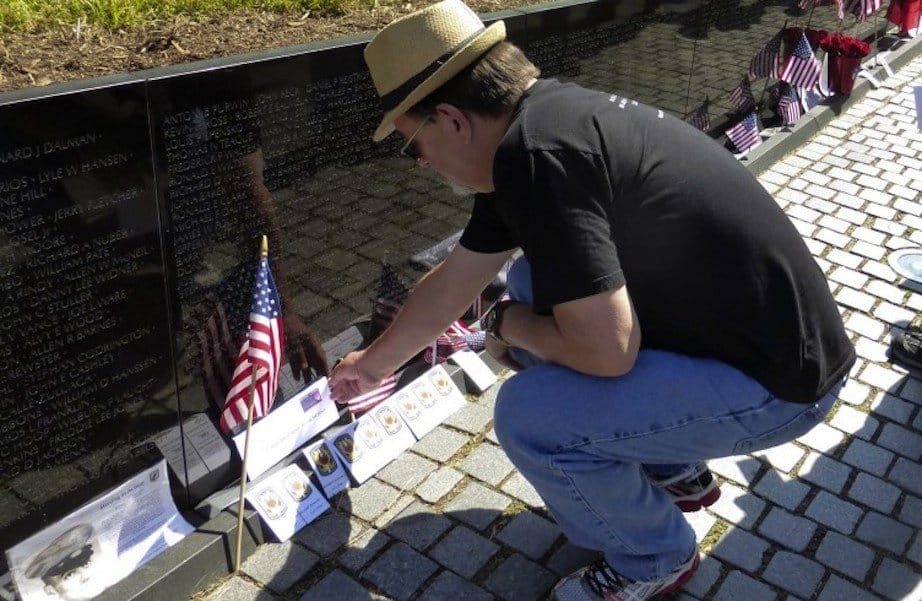 Memorial Day 2016 Event – EXTENDED DEADLINE:Write to us by May 21st!

If the Vietnam War still causes you to reflect deeply about the meaning of that war and its place in your life, then we need you. We need your help. We need your words. Veterans For Peace wants to deliver 1,500 letters to The Wall in Washington, DC this coming Memorial Day as a way of acknowledging the impact of that war on our lives. We need you to write one of these letters.

As a direct participant in that war, I have come to realize that one of the most difficult journeys of my generation involves coming to terms with the American war in Vietnam.  I consider everyone and anyone who was directly affected by it to be a fellow Vietnam veteran. The soldier, the conscientious objector, the war resister, the grieving family member, the daughter or son of a soldier, the so-called “boat people,” all of us have something to say. But to whom? One profound “audience” is the Vietnam Veterans Memorial itself. The Wall, the very embodiment of that war, sits in Washington, D.C. and is crying out to us if we listen.

Last Memorial Day we delivered 151 letters and 32 postcards to the Wall.  It was a solemn ceremony of remembrance and, yes for many of us, of grief. We were men and women who were with the U.S. Military in Vietnam and, also, young men who went underground or to Canada or Sweden rather than to fight in an immoral war, war resistors, and children of Vietnam veterans, sisters and brothers and parents. Two refrains that I picked up on in many of these letters were: “I am sorry. I am sorry that I didn’t do enough to save your lives,” and “We haven’t done enough to keep this from happening again. “These were from medics who indeed saved many lives as well as from anti-war resistors who also sacrificed much of their youth here at the home front fighting to bring me and my buddies home in one piece.

Last year after we placed the letters at the foot of The Wall, we joined the crowds and watched. Sure enough, passersby responded to the note we placed on each envelope – “please read me.” Letters were handed back and forth, conversations were struck up over the words written by us as we shared our journey through the war and its aftermath. 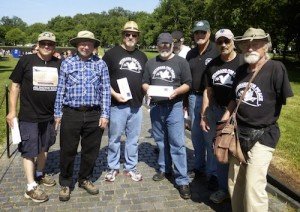 And then, in early June, we received a request from the National Park Service to display some of the letters in their archival museum. Our words were resonating far beyond what we had imagined.

This year we are upping the ante – we want to increase our letters tenfold – to 1500 delivered on Memorial Day. Won’t you join us? You can either email a letter to us at vncom50@gmail.com or send a print copy directly to me, Doug Rawlings, at 13 Soper Road, Chesterville, Maine 04938. The letter will then be placed in an envelope open at the top with the words “please read me” inscribed on the envelope. By the way, the National Park Service collects all artifacts left at The Wall and stores them in their archive warehouses, so your letter will be available to be read beyond Memorial Day. You can read some of last year’s letters by going to our website www. vietnamfulldisclosure.org if you’re looking for a starting point.

We realize that this is a difficult letter to write for many reasons. First off, you might think it is kind of weird to write to an “object,” The Wall. Instead, think of The Wall as a living monument inscribed with not just the names of the over 58,000 American soldiers killed in that war but infused with their souls. And in doing so we should never forget that if The Wall were to represent all who died in that war – the Vietnamese, Cambodians, and Laotians – then the keening of lost souls would extend for miles beyond the confines of our nation’s capital.

Secondly, we know how difficult it is to dredge up one’s deepest feelings and put them into words. We fail to get it just right. But what we eventually end up with has a spirit and a heartfelt message that will resonate. Trust me on that. Finally, realizing the momentous task in front of us can be daunting, for we are asking you to take on the Pentagon. If you haven’t heard, they are committing millions of dollars to tell the history of this war from their perspective. So far they have succeeded in ignoring the anti-war movement, including the formidable G.I. Resistance movement, as well as the voices of the Vietnamese people. Their descriptions of many events are either taken out of context or given no context at all. This is being done to serve future generations as a so-called educational resource.

But we want our children and grandchildren to know the full story of that war. That’s why we need your voice to join with us.