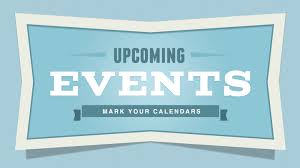 THE WRITING IS ON THE WALL: JOIN OUR MEMORIAL DAY LETTER WRITING CAMPAIGN

The Pentagon is intent upon taking control of how we remember the American War in Vietnam. Their myth-making has already begun and will continue for a decade of fifty year commemorations. Some of us are not going to stand by and let this happen. We are fighting back. We in Veterans For Peace are taking our earned places at the table — and we are inviting you to join us. WE ARE STARTING WITH YOUR LETTERS TO THE WALL.

These architects of that moral travesty think they can tell our children and grandchildren what the war years were like. But they are dodging some important truths here. They are not giving full voice to all of us who were in that war — from the disaffected and rebellious soldiers, to the families of soldiers, to the thousands of Americans who took to the streets in protest or argued with their fellow Americans, to the Southeast Asians who bore the brunt of their disastrous foreign adventurism. Don’t let the Department of Defense voices carry the day. Join us. WRITE A LETTER TO THE SOLDIERS WHO DIED IN VIETNAM.

Join Veterans For Peace’s Full Disclosure campaign by writing a letter to the soldiers whose names are carved into the Vietnam Veterans Memorial. No matter what your role was in the American War in Vietnam — combatant, loved one of a combatant, war resistor, conscientious objector, citizen — we think your voice needs to be heard.

Letters can be emailed, but snail mail letters in hand-addressed envelopes are encouraged.  The letters will be gathered and placed at 10:30am at the Vietnam War Memorial on Memorial Day, May 25, 2015. Letters sent by email will be printed out and placed in sealed envelopes.  To send a letter by email: vncom50@gmail.com.  To send in a hand written envelope: Full Disclosure; Veterans for Peace; 409 Ferguson Rd.; Chapel Hill, NC  27516

Please send your letters by May 1st. Please let us know if we have your permission to feature your letter on our Vietnam Full Disclosure website (vietnamfulldisclosure.org).

And of course, we invite you to DC to join us at the Wall on Memorial Day.  Further details will be found at our web site (www.vietnamfulldisclosure.org) after May 1.