The Movement and the “Madman” 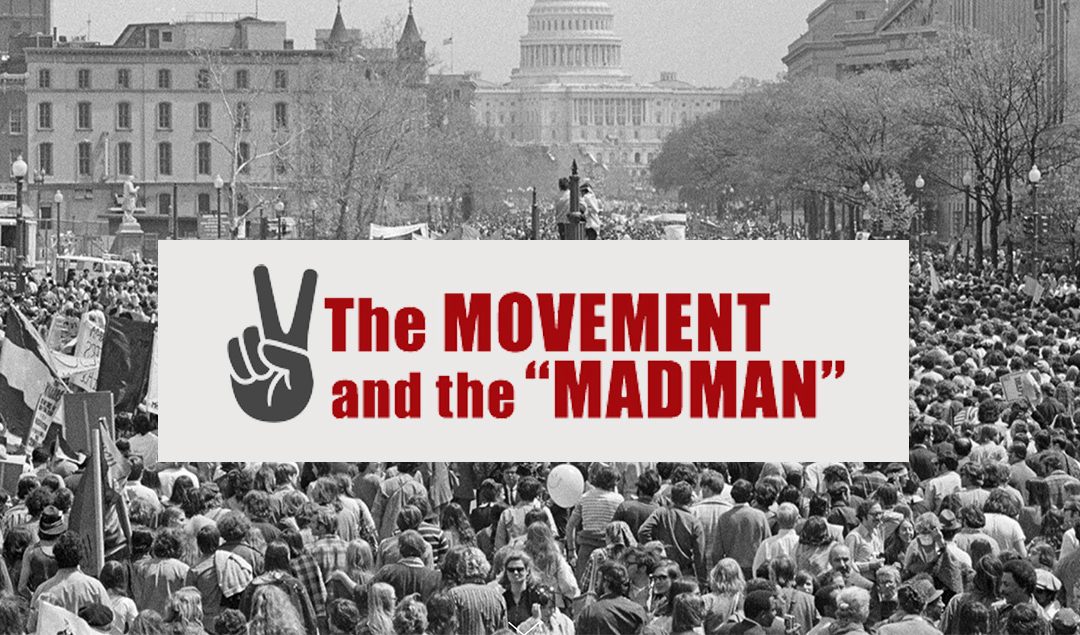 We’re writing about a new documentary film that will tell a dramatic, untold story about the Vietnam-era peace movement. Watch an early short preview and learn more, below.

The Movement and the “Madman” will spotlight how the massive Moratorium and Mobilization demonstrations in the fall of 1969 – two of the largest protests in American history – helped undermine Richard Nixon’s secret plans to dramatically escalate the Vietnam war, including the possible use of nuclear weapons — what Nixon himself called his “madman” strategy.

Though their impact was not revealed until decades later, these nonviolent protests saved thousands, if not hundreds of thousands, of Vietnamese and American lives.

WHY THIS FILM NOW

We began this project three years ago after watching The Vietnam War PBS series by Ken Burns and Lynn Novick. As antiwar activists, we were appalled that their series virtually ignored the peace movement. Worse, it caricatured protesters and featured former activists expressing regret for opposing the war.

We initiated The Movement and the “Madman” to provide an accurate account of one of the largest and most effective social change movements in American history.

We previously helped to produce The Boys Who Said NO!, the first feature documentary film about the draft resistance movement, which premiered last month. Other earlier films have also focused on specific parts of the antiwar movement: GI resistance, campus uprisings, and the Chicago 1968 protests and trial.

But no one has yet produced a film about the larger peace movement and the impact of the protests that attracted millions of people.

Now is the time for this film. For the first time since the Vietnam era, millions of Americans are again taking to the streets to support Black lives, women’s rights, gun control, and halting climate change