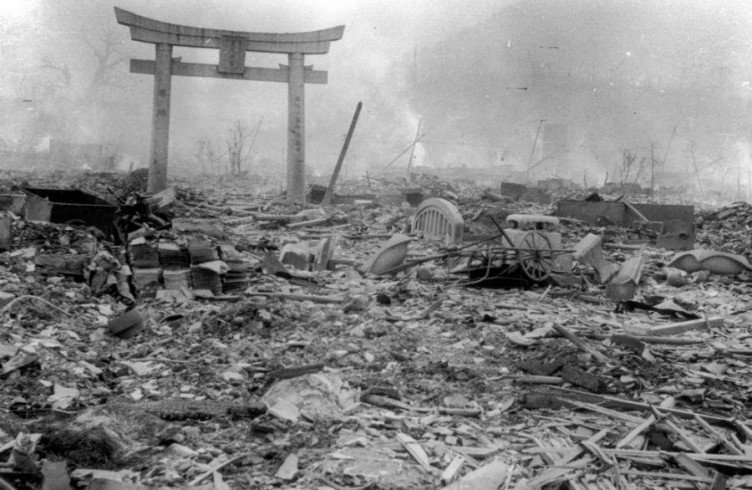 This article originally appeared at the NY Times.

ON Aug. 9, 1945, the United States dropped a nuclear bomb on Nagasaki, situated on a long, narrow bay on Japan’s southernmost main island, Kyushu.

From the beginning, this attack was different than the atomic bombing of Hiroshima three days earlier, yet the experiences of the two cities have been fused in memory, to the point that we use the term “the bomb” to refer to both events. The result has been to consign Nagasaki to the edge of oblivion.

Many Americans believe their government’s official narrative: that the two bombs, dropped in close succession, led to Japan’s surrender. But it is now well known that the surrender was prompted at least as much by the Soviet Union’s decision to join the Allies in the war against Japan. Just 11 hours before the Nagasaki bombing, 1.5 million Soviet troops crossed into the Japanese puppet state in Manchuria, in northern China, and attacked the depleted Japanese Army there on three fronts.

The United States expected the Soviet action, but the delivery of the second atomic bomb was not dependent on the timing of the Soviet invasion, Tokyo’s response, or even a specific order from President Harry S. Truman. His sole directive had been to use nuclear weapons on Japan “as made ready” — and on Aug. 8, the second bomb’s assembly was complete.

The Other Mushroom Clouds

Dozens of atomic bombs have been tested since the one dropped on Nagasaki on Aug. 9, 1945. 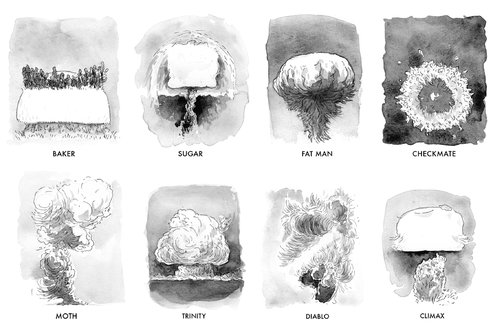 The next morning — 30 minutes before the Nagasaki bombing — Japan’s Supreme War Council convened to try yet again to find agreement on surrender terms. Stalin’s declaration of war had ended any last hope of Soviet help in attaining more favorable surrender terms.

Council members pressing for immediate surrender were gravely concerned about lack of food and supplies for Japanese troops, the dire domestic situation and the Hiroshima bombing. Militarists were willing to fight to the death for the guaranteed preservation of Emperor Hirohito’s postwar sovereignty. When news of the Nagasaki attack arrived, the deliberations continued without further mention of it. That night, Hirohito broke the deadlock and sanctioned surrender.

In the United States, Nagasaki was overshadowed by Hiroshima from the very start. While the first atomic bombing gained headlines, the Nagasaki bombing shared the day’s news with the Soviet advance. In a radio address on the evening of Aug. 9, Truman outlined a political and economic framework for postwar Europe. He referred to the atomic bombing of Hiroshima only once, but did not mention Nagasaki.

About 74,000 people in Nagasaki died instantaneously or within five months of the bombing. Only 150 were military personnel. Another 75,000 people were injured, and these numbers do not count those who fell ill and died from radiation-related conditions in the decades to come.

Initially, purple spots appeared on their bodies, their hair fell out, and they developed high fevers, infections, and swollen and bleeding gums. Later, cancer rates surged. The survivors, known as hibakusha, lived in constant fear of illness and death.

The United States suppressed this part of the story. In the fall of 1945, high-level American officials rebutted news reports of deaths from radiation exposure. For years to come, the occupation authorities censored news accounts, photographs, scientific research and personal testimonies about the attacks.

To counter growing criticism of the bombings, American leaders established a narrative that the bombings had ended the war and saved up to 1 million American lives by preventing an invasion of Japan. (These postwar casualty estimates were far higher than pre-bomb calculations.) Most Americans accepted this narrative.

Few Americans know much about Nagasaki. A center for trade in the late 1500s, it was the vanguard for the nation’s early modernization and the hub for Catholic missionary outreach. When Japan officially banned Christianity in 1614, then closed its borders to outside contact from the 1630s to the late 1850s, Nagasaki alone was allowed to continue limited international trade, providing the city’s growing population exposure to Asian and European arts, science and literature. Nagasaki continued to thrive after Japan re-established diplomatic relations with the West, becoming the third largest shipbuilding city in the world. Christians who had long hidden their faith re-emerged, and Nagasaki became the home of the largest Catholic church in East Asia. An estimated 10,000 Catholics died in the 1945 bombing.

Sumiteru Taniguchi, 16, was delivering mail on his bicycle in the northwestern corner of the city when the force of the explosion hurled him into the air. Even from a mile away, the searing heat instantly disintegrated his cotton shirt and burned the skin off his entire back and one arm. Three months later, he was finally taken to a naval hospital 22 miles north of the city, where he lay on his stomach for more than three years, begging the nurses to let him die. Later, after he had learned to sit, stand and ultimately walk again, Mr. Taniguchi seethed in anger at what he believed was the unnecessary nuclear devastation of his city and its people.

Over the past 70 years, Mr. Taniguchi and tens of thousands of other hibakusha have navigated punishing injuries, late-onset radiation-related illnesses, and haunting fears that they would pass on genetic disorders to their children and grandchildren. Many never speak about their atomic bomb experiences, even within their families. In a remarkable act of resilience, however, Mr. Taniguchi and a small number of hibakusha made the very personal choice, some as early as the mid-1950s, to speak publicly about their survival.

They do not tell their stories to promote Japan’s victimization, or to minimize the attack on Pearl Harbor, or the suffering and deaths of Asian civilians and Allied military personnel at the hands of brutal Japanese soldiers. Rather, they speak to eliminate ignorance about the realities of nuclear war and to eradicate nuclear stockpiles across the globe.

The official narrative remains the dominant opinion of most Americans. In that story, Nagasaki fades in memory; we should not let it. Our time to understand the survivors’ experience of nuclear war is running out. Only they can tell us what it was like, and their lives are coming to an end.

Susan Southard is the author of “Nagasaki: Life After Nuclear War.”