New CD Release “Until You Come Home: Songs to Heal the Wounds of War” 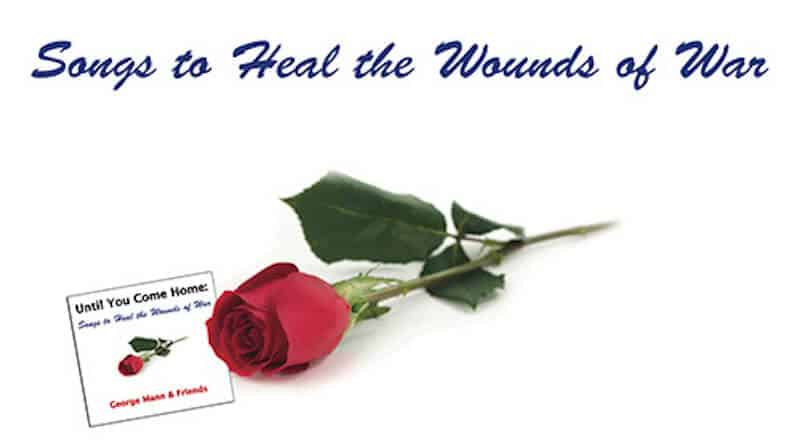 New CD Release: “Until You Come Home: Songs to Heal the Wounds of War”

A compilation CD about war and its toll produced by George Mann.  George Mann announces the release of “Until You Come Home: Songs to Heal the Wounds of War,” a CD focusing on the cost of war for those who serve, their families, and the innocent victims. This new CD features some of the nation’s treasured folk artists, including Utah Phillips and Ani DiFranco, John Gorka, Joe Jencks, Joe Crookston, Magpie and Charlie King.

The CD features 13 tracks and was compiled and produced by George Mann. It is being independently released through www.untilyoucomehome.com and is available for digital download from www.cdbaby.com as well as iTunes, Amazon, and other online music distributors.

Producer George Mann, a singer/songwriter based in New York City, said he was inspired by the book “Voices of Vets” and the work of Veterans for Peace and The Welcome Home Project. Mann released the first “Until You Come Home” CD in 2010. “I perform regularly in veterans and nursing homes and I have seen the cost in terms of physical suffering, ruined and shortened lives, and emotional trauma,” he said. “I hope the songs on this CD will be part of an effort waged by people all over the nation, and organizations like Veterans for Peace and The Welcome Home Project, to care for and thank our veterans and their families for the sacrifices so few of us are willing to make.”

Mann has issued other compilations such as the “Hail to the Thief!” series and will be doing concerts with a number of artists featured on “Until You Come Home” over the next year. The independently produced CD will be featured on websites and sold through veterans and other activist groups.

1. So Near, So Far (Arthur Davenport)

2. Thanks for the Support (Roy Zimmerman)

6. He Called Me Dad (David Rovics)

8. If Jimmy Didn’t Have to Go (Charlie King & Karen Brandow)

Copies of Until You Come Home are available for $15 or two CDs for $25 (includes postage and shipping). Bulk copies, as well as review copies for journalists and reviewers, are available. International orders: please add $10 US for postage.

“But there is one other option: I can give INDIVIDUAL purchasers a “download card/code” through CDBABY.com, but it involves people emailing me and/or using Paypal. This is only for downloading the CD, not the hard copy.

The way it works: a reader would send $7 through paypal to georgeandjulius@att.net. I would then email the code back to the buyer with instruction on how to access it through CDBABY.com. Fairly easy for anyone who uses a computer… this gets the songs into someone’s hands for $7 on their Ipad, iPhone, home computer, wherever…”