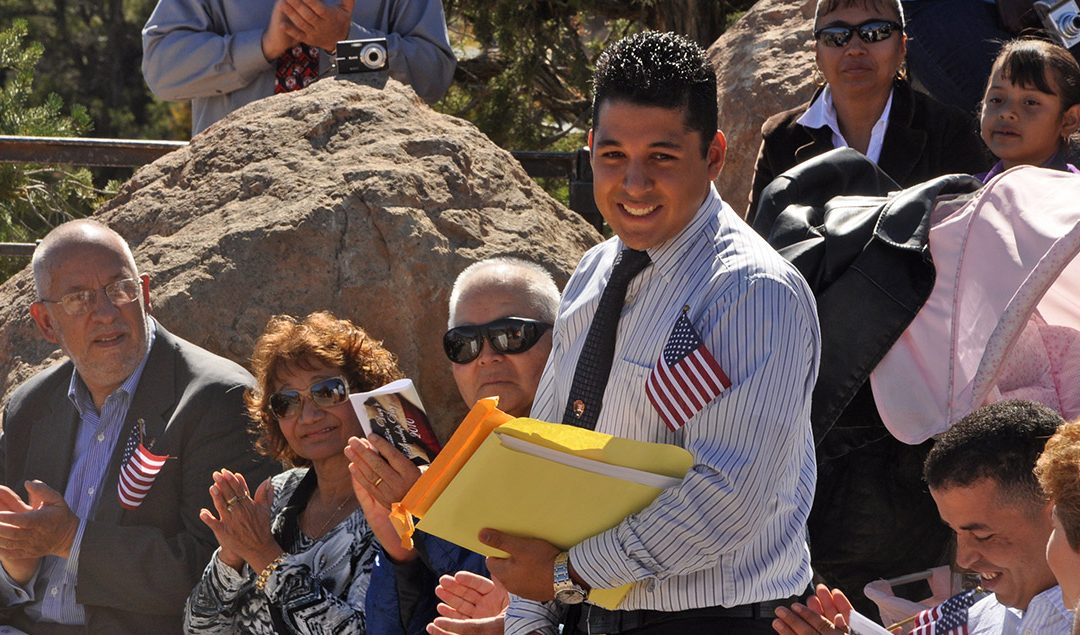 The Vietnam War question is #111 on the proposed new test
Question: Why did the United States enter the Vietnam War?
Answer: To stop the spread of communism

Critics say the new test is harder for English learners. It features more nuanced questions and highlights such issues as states’ rights and the Vietnam War.

By Simon Romero and Miriam Jordan at the New York Times

The Trump administration is rolling out sweeping changes to the test immigrants must take to become United States citizens, injecting hints of conservative philosophy and making the test harder for many learners of the English language.

The new citizenship test that went into effect on Tuesday is longer than before, with applicants now required to answer 12 out of 20 questions correctly instead of six out of 10. It is also more complex, eliminating simple geography and adding dozens of possible questions, some nuanced and involving complex phrasing, that could trip up applicants who do not consider them carefully.

Of the 18 questions removed from the previous test, 11 were questions that had simple, sometimes one-word answers.

The new test adds one more hurdle for immigrants who hope to become voting citizens, coming in the waning days of an administration that has imposed substantial new barriers to immigration and limits on the ability of those already in the country to aspire to legal residence and, eventually, naturalization.

One test question that has drawn particular scrutiny provides a new answer to the question, “Who does a U.S. Senator represent?” Previously, the answer was “all people of the state”; on the new test, it is “citizens” in the state.

Singled out for a new question is the 10th Amendment, which reserves to the states all powers not specifically granted to the federal government, a part of the Bill of Rights that is a favorite among conservatives questioning federal authority.

Another new question, “Why did the United States enter the Vietnam War?” has one answer that is considered correct: “to stop the spread of Communism.” The test does not take on the issue of the vehement protests or the huge death toll stemming from the war.

Read the article at the New York Times