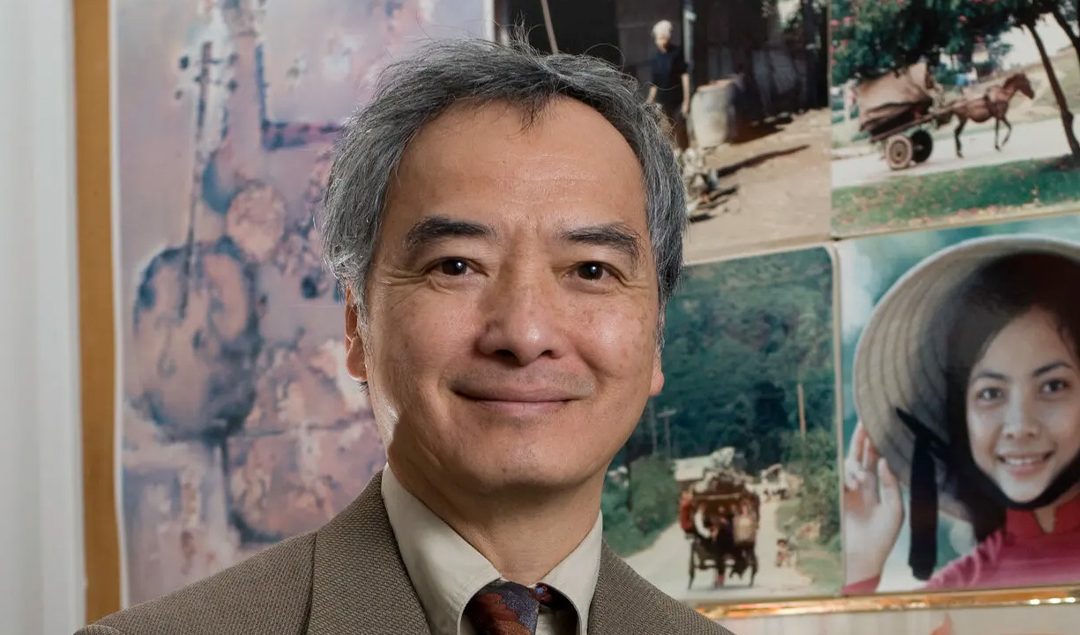 After escaping arrest in Vietnam for his antiwar views, he became the most prominent Vietnamese in the United States to campaign against the war.

By Seth Mydans, published at the New York Times

Ngo Vinh Long, a politically engaged Vietnamese American scholar and prolific writer whose outspokenness during and after the Vietnam War drew threats and an attempt on his life, died on Oct. 12 at St. Joseph’s Hospital in Bangor, Maine. He was 78.

The cause was liver cancer, said a son, Ngo Vinh-Hoi.

Before he became a professor of history at the University of Maine, Mr. Long was the first Vietnamese student to attend Harvard University in the 1960s after escaping arrest in Vietnam, where he had angered the South Vietnamese government by speaking out and demonstrating against the war.

He continued his political activism in the following decades in the United States, drawing harsh criticism that he said had been painful and had harmed his career.

Mr. Long drew headlines from the moment he landed at Logan International Airport in Boston in October 1964, when he warned reporters that no matter how long it took, “the Vietnamese were not going to give in.”

They were provocative and prescient words in the early years of the war, and Mr. Long soon became the most prominent Vietnamese in the United States to campaign against the war.

He began touring the country during his first year at Harvard on an antiwar lecture circuit, taking part in teach-ins with the high-profile activists Howard Zinn and Noam Chomsky.

“He spoke and wrote against the war at a time when few Vietnamese even lived in the United States,” the historian Christian G. Appywrote about Mr. Long in an oral history, “Patriots: The Vietnam War Remembered From All Sides.”

Less than a year after his arrival he helped organize the Harvard contingent to a large antiwar demonstration in Washington, D.C.

Later, while still a graduate student, he took part in February 1972 in the occupation of the South Vietnamese consulate in New York.

At Harvard he had individual tutorials with two professors, Samuel Huntington and Henry Kissinger, who played prominent roles in formulating American policy in Vietnam, challenging their pro-war views.

“I tried to prove to them that the United States could only win the war by destroying the country, and they shouldn’t do it,” he told Mr. Appy. “Both Huntington and Kissinger said, ‘Long, you are really naïve. Every country, like every human, has a breaking point, Vietnam included.’”

After the war ended in 1975, when hundreds of thousands of Vietnamese refugees were streaming into the country, he became a target of threats and abuse from fellow Vietnamese, some of whom accused him of being an apologist for the Communist government of Vietnam.

In 1981, during a talk at Harvard on postwar Vietnam, several hundred Vietnamese Americans gathered to denounce him and hurl gasoline bombs, which failed to explode. Threats against his life continued, and in the following year he repeatedly changed his residence.

“It is this government that has become one of the most repressive in the world because of the crimes it is committing in Vietnam,” he said at a rally at Southern Illinois University on April 28, 1972, where he was greeted with chants of “Down with Ngo Vinh Long!”

The criticism harmed his career, he said, but “that’s the price you have to pay when you want to be useful.”

Ngo Vinh Long was born on April 10, 1944, in Vinh Long Province in southern Vietnam and was named for the place of his birth. His father, Ngo Ngoc Tung, was a railroad station master who agitated against the war together with his mother, Ho Thi Ngoc Vien.

They often had to go into hiding, leaving him to care for his seven younger siblings, he said. They struggled to feed themselves, “so that’s probably why I’m about six or seven inches shorter than my father.”

When he was 6, he said, he walked with his father 100 miles to the capital, Saigon, to find books to read in English. They bought novels by Charles Dickens, walked back and spent a year working their way through “Great Expectations.”

“We memorized it word by word, sentence by sentence, page by page,” he said in the oral history. “That’s how I learned English.”

When he was 16 he was hired to travel around the country with a team making maps for the American military.

The destruction and injustice he witnessed turned him against the war, and in 1962 he resigned and joined an emerging student antiwar movement. Facing arrest, he enlisted the help of American officials he had befriended to obtain an exit visa from Vietnam.

To maintain the status as a student that allowed him stay in the United States, he delayed completing his degrees at Harvard, finally earning a Ph.D in East Asian History and Far Eastern Languages in 1978. He became a permanent resident of the United States in 1976 and a citizen in 1991.

In 1985 he obtained his first full-time academic position, as a professor of history at the University of Maine, and continued to speak and publish about issues involving Vietnam and the region.

He met and married his first wife, Nguyen Hoi-Chan, while he was at Harvard and she was a Vietnamese student at Radcliffe College. They divorced in 1992. In 1998 he married Mai Huong Nguyen, who survives him.

Other survivors include his son, Ngo Vinh-Hoi, and daughter, Ngo Thai-An, both from his first marriage; two sons from his second marriage, Vinh-Thien Ngo and Vinh-Nhan Ngo; and two grandchildren.

Over the years, Mr. Long regularly returned to Vietnam to teach and lecture. During the 2000-2001 academic year he taught courses in Hanoi as a Fulbright scholar.

In his last posting on Facebook, just 11 days before he died, he described an undiagnosed eye ailment that was clouding his vision.

“The misery is that the leaves are going to be so bright this fall, but I don’t know if I can go take pictures,” he said.