Nixon’s Leniency After My Lai Hurt Veterans. Trump’s May, Too. 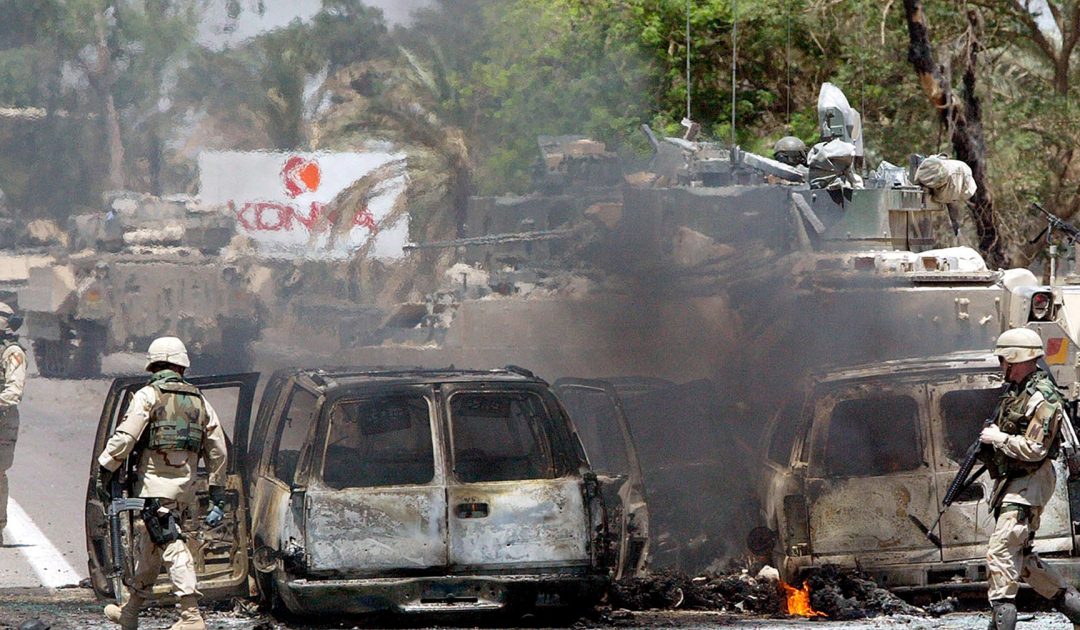 Today, President Trump pardoned four employees of the Blackwater mercenary corporation who were convicted of war crimes—three of voluntary manslaughter and one of first-degree murder. All had participated in a 2007 massacre in which 17 unarmed Iraqis were killed. One of the victims of the massacre was a 9-year-old boy.

By James Wright at Defense One

A president’s actions in 1971 helped turn public opinion against those who fought the Vietnam War.

Those who disagree with President Trump’s recent pardons for two U.S. soldiers and a sailor who committed war-zone crimes have focused on how his actions undermine the military justice system, the code of conduct, military discipline, and the integrity of the chain of command. But there is another serious consequence, one that flows perhaps less from the pardons themselves than from the ways in which the President and others explained and justified them.

To understand this consequence, we must learn from our own history. In November 1969, the young journalist Seymour Hersh broke the story of a tragic atrocity in Vietnam. A few weeks later, Americans picked up Life magazine to find photos of a massacre in the Vietnamese village of My Lai. A U.S. Army platoon led by Lt. William Calley Jr. had swept into the town and, finding no enemy soldiers, proceeded to kill as many as 600 villagers, largely women and children. Thirty soldiers were charged with crimes, including senior officers who allegedly ignored accounts of criminal action, but ultimately only Calley was convicted. In March 1971, an Army court-martial board in Fort Benning, Georgia, found him guilty of 29 counts of premeditated murder and sentenced him to life imprisonment with hard labor.

There was considerable public support for Lt. Calley. In a Gallup poll taken the following month, 69 percent of the respondents said he was a scapegoat. Many of his defenders went farther, arguing that he was, in fact, a hero. Country music stations played “Set Lt. Calley Free” and “Battle Hymn of Lt. Calley,” the latter of which eventually sold some two million records.

President Nixon declined to publicly celebrate the disgraced Army officer, but he told Henry Kissinger that “most people don’t give a shit” whether he had actually killed the Vietnamese civilians. As the court martial came to an end, Defense Secretary Melvin Laird privately urged Nixon not to extend any pardon to Calley. Military leaders, Laird explained, believed that making him a scapegoat or hero would poison the view of American policy and the public view of soldiers. Nixon rejected the argument, telling advisors that demanding accountability for the massacre reflected the “obsolete idea that war is a game with rules.” The day after the verdict, Nixon ordered Calley released from the post stockade and placed under house arrest in the Fort Benning bachelor officer quarters. Appeals would eventually reduce his punishment to time served.

Public views of the war had been changing sharply. Though a kernel of opposition in early 1965 had grown to a much more widely held view, many Americans at home still viewed those serving in Vietnam sympathetically, as victims drafted to fight a cruel war. Few protesters faulted them for the war. President Lyndon Johnson was the perpetrator. The chant at antiwar rallies was, “Hey, Hey, LBJ, How many kids did you kill today?”

But after the My Lai story broke, opposition to the war increased. Many became critical of the troops who served. Rather than victims of a cruel war, they became its perpetrators. LBJ was back on his Texas ranch; in the minds of a vocal minority, those deployed to Vietnam were now the “baby killers.” The My Lai atrocity framed this negative image; the Calley hearings and his defense, as well as some of the testimony in 1971 from the Vietnam Veterans against the War, deepened it. During the court martial, for the first time, a majority of the country said that the war was morally wrong.

President Nixon’s actions and statements in the Calley case seemed to validate the view that everyone did it and no one is guilty—or perhaps, as some argued, that we were all guilty. There was little recognition of individual responsibility and accountability, crucial elements in military justice. This had real consequences for the Vietnam generation.

Read the rest at at Defense One