Noam Chomsky: US Is a Rogue State and Suleimani’s Assassination Confirms It 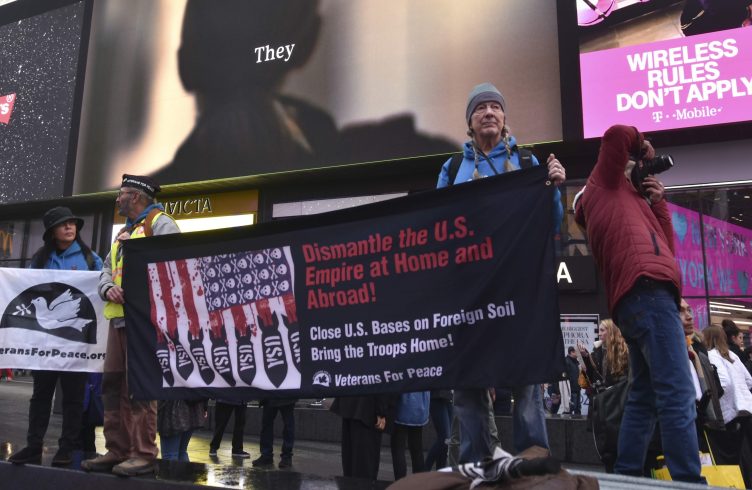 Trump’s decision to assassinate one of Iran’s most prominent and highly respected military leaders, Maj. Gen. Qassim Suleimani, has added yet another name to the list of people killed by the U.S. — which many rightly see as the world’s biggest rogue state.

The assassination has escalated hostilities between Tehran and Washington and created an even more explosive situation in the politically volatile Middle East. As was to be expected, Iran has vowed to retaliate on its own terms for the killing of its general, while also announcing that it will withdraw from the Iran nuclear deal. Iraq’s parliament, in turn, has voted to expel all U.S. troops, but Trump has responded with threats of sanctions if the U.S. is forced to remove its troops from the country.

As world-renowned public intellectual Noam Chomsky points out in this exclusive interview for Truthout, the primary aim of U.S. foreign policy in the Middle East has been to control the region’s energy resources. Here Chomsky — a university professor emeritus at MIT and laureate professor of linguistics at the University of Arizona who has published more than 120 books on linguistics, global affairs, U.S. foreign policy, media studies, politics and philosophy — offers his analysis of Trump’s reckless act and its possible effects.

C.J. Polychroniou: Noam, the U.S. assassination of Iran’s Quds Force commander Qassim Suleimani has reaffirmed Washington’s long-held obsession with Tehran and its clerical regime, which goes all the way back to the late 1970s. What is the conflict between U.S. and Iran all about, and does the assassination of Suleimani constitute an act of war?

Noam Chomsky: Act of war? Perhaps we can settle on reckless international terrorism. It seems that Trump’s decision, on a whim, appalled high Pentagon officials who briefed him on options, on pragmatic grounds. If we wish to look beyond, we might ask how we would react in comparable circumstances.

Suppose that Iran were to murder the second-highest U.S. official, its top general, in the Mexico City international airport, along with the commander of a large part of the U.S.-supported army of an allied nation. Would that be an act of war? Others can decide. It is enough for us to recognize that the analogy is fair enough, and that the pretexts put forth by Washington collapse so quickly on examination that it would be embarrassing to run through them.

Suleimani was greatly respected — not only in Iran, where he was a kind of cult figure. This is recognized by U.S. experts on Iran. One of the most prominent experts, Vali Nasr (no dove, and who detests Suleimani), says that Iraqis, including Iraqi Kurds, “don’t see him as the nefarious figure that the West does, but they see him through the prism of defeating ISIS.” They have not forgotten that when the huge, heavily armed U.S.-trained Iraqi army quickly collapsed, and the Kurdish capital of Erbil, then Baghdad and all of Iraq were about to fall in the hands of ISIS [also known as Daesh], it was Suleimani and the Iraqi Shia militias he organized that saved the country. Not a small matter.

As for what the conflict is all about, the background reasons are not obscure. It has long been a primary principle of U.S. foreign policy to control the vast energy resources of the Middle East: to control, not necessarily to use. Iran has been central to this objective during the post-World War II period, and its escape from the U.S. orbit in 1979 has accordingly been intolerable.

The “obsession” can be traced to 1953, when Britain — the overlord of Iran since oil was discovered there — was unable to prevent the government from taking over its own resources and called on the global superpower to manage the operation. There is no space to review the course of the obsession since in detail, but some highlights are instructive.

Suppose that Iran were to murder the second-highest U.S. official, its top general, in the Mexico City international airport.

Britain called on Washington with some reluctance. To do so meant surrendering more of its former empire to the U.S. and declining even more to the role of “junior partner” in global management, as the foreign office recognized with dismay. The Eisenhower administration took over. It organized a military coup that overthrew the parliamentary regime and re-installed the Shah, restoring the oil concession to its rightful hands, with the U.S. taking over 40 percent of the former British concession. Interestingly, Washington had to force U.S. majors to accept this gift; they preferred to keep to cheaper Saudi oil (which the U.S. had taken over from Britain in a mini war during World War II). But under government coercion, they were forced to comply: one of those unusual but instructive incidents revealing how the government sometimes pursues long-term imperial interests over the objections of the powerful corporate sector that largely controls and even staffs it — with considerable resonance in U.S.-Iran relations in recent years.

The Shah proceeded to institute a harsh tyranny. He was regularly cited by Amnesty International as a leading practitioner of torture, always with strong U.S. support as Iran became one of the pillars of U.S. power in the region, along with the Saudi family dictatorship and Israel. Technically, Iran and Israel were at war. In reality, they had extremely close relations, which surfaced publicly after the overthrow of the Shah in 1979. The tacit relations between Israel and Saudi Arabia are surfacing much more clearly now within the framework of the reactionary alliance that the Trump administration is forging as a base for U.S. power in the region: the Gulf dictatorships, the Egyptian military dictatorship and Israel, linked to Modi’s India, Bolsonaro’s Brazil and other similar elements. A rare semblance of a coherent strategy in this chaotic administration.

The Carter administration strongly supported the Shah until the last moment. High U.S. officials — [Henry] Kissinger, [Dick] Cheney, [Donald] Rumsfeld — called on U.S. universities (mainly my own, MIT, over strong student protest but faculty acquiescence) to aid the Shah’s nuclear programs, even after he made clear that he was seeking nuclear weapons. When the popular uprising overthrew the Shah, the Carter administration was apparently split on whether to endorse the advice of de facto Israeli Ambassador Uri Lubrani, who counselled that “Tehran can be taken over by a very relatively small force, determined, ruthless, cruel. I mean the men who would lead that force will have to be emotionally geared to the possibility that they’d have to kill ten thousand people.”

Shortly after, Saddam Hussein invaded Iran with strong U.S. backing, unaffected by his resort to chemical weapons that caused huge Iranian casualties; his monstrous chemical warfare attacks against Iraqi Kurds were denied by Reagan, who sought to blame Iran and blocked congressional condemnation.

Finally, the U.S. pretty much took over, sending naval forces to ensure Saddam’s control of the Gulf. After the U.S. guided missile cruiser Vincennes shot down an Iranian civilian airliner in a clearly marked commercial corridor, killing 290 passengers and returning to port to great acclaim and awards for exceptional service, Khomeini capitulated, recognizing that Iran cannot fight the U.S. President Bush then invited Iraqi nuclear scientists to Washington for advanced training in nuclear weapons production, a very serious threat against Iran.

Conflicts continued without a break, in more recent years focusing on Iran’s nuclear programs. These conflicts ended (in theory) with the Joint Comprehensive Plan of Action (JCPOA) in 2015, an agreement between Iran and the five permanent members of the UN, plus Germany, in which Iran agreed to sharply curtail its nuclear programs — none of them weapons programs — in return for Western concessions. The International Atomic Energy Agency, which carries out intensive inspections, reports that Iran fully lived up to the agreement. U.S. intelligence agrees.

The topic elicits much debate, unlike another question: Has the U.S. observed the agreement? Apparently not. The JCPOA states that all participants are committed not to impede in any way Iran’s reintegration into the global economy, particularly the global financial system, which the U.S. effectively controls. The U.S. is not permitted to interfere “in areas of trade, technology, finance and energy” and others.

While these topics are not investigated, it appears that Washington has been interfering steadily.

READ the entire interview on Truthout …

Previous post:
With Iran, Trump Throws Matches in the Gas Tank Next Post:
Podcast: “What am I doing here? This is crazy!” – S Brian Willson