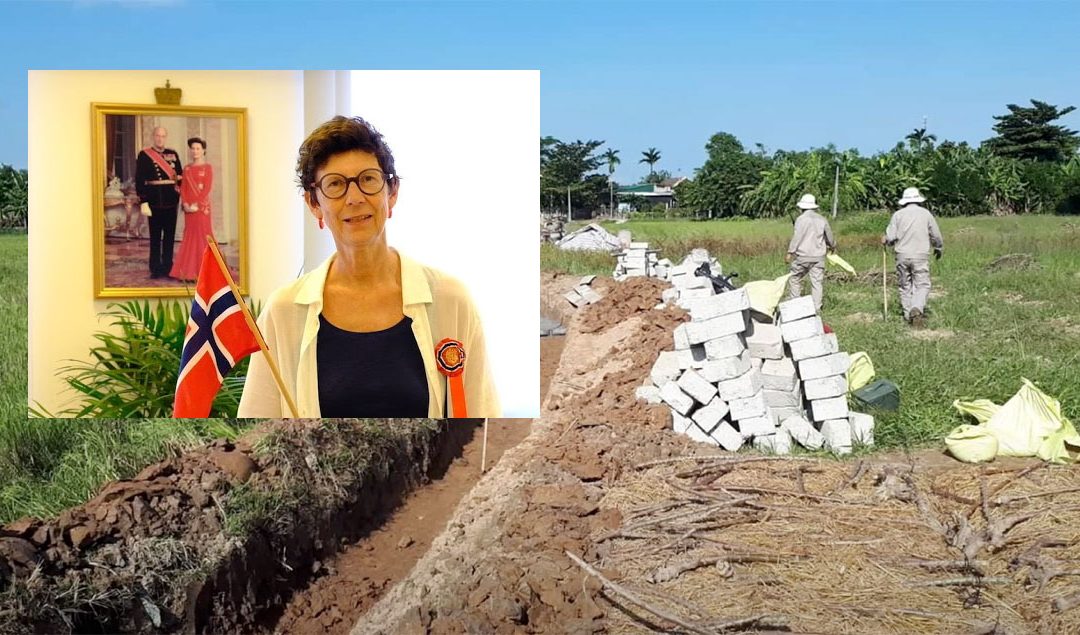 Project RENEW is a collaboration among the government of Quang Tri Province and international non-governmental organizations including the Norwegian People’s Aid established two decades ago.

To celebrate the 20th anniversary of the launch of Project RENEW, Norway’s Ambassador to Vietnam Grete Løchen sent her best wishes to the Project and its staff, the Norwegian Embassy in Hanoi writes.

Project RENEW was founded as an effort to reduce the number of deaths and injuries caused by cluster bombs and other munitions remaining in Quang Tri Province in central Vietnam since the war ended in 1975. Since 2001 the project has continued its humanitarian work to make people’s lives safer, reduce accidents, injuries, and deaths caused by post-war bombs and landmines, and build a better future for the community.

In the video, the Ambassador re-affirmed Norway’s commitment to the goal of reaching a #MineFreeWorld in 2025 and helping Vietnam and its citizens, particularly in Quang Tri Province and central Vietnam to address the problem of explosive ordnance.