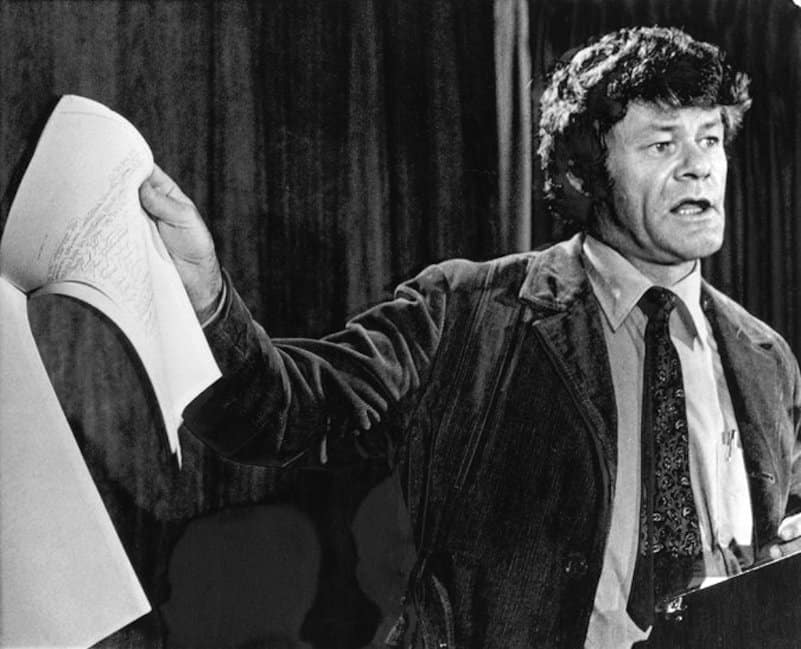 This article originally appeared at the NYTimes.com 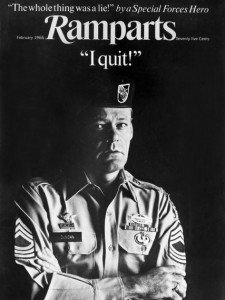 Mr. Duncan, who as a Green Beret had been decorated for his service in Vietnam, wrote an article published in Ramparts in 1966 saying he had witnessed atrocities there. Credit Ramparts

Donald W. Duncan, a Green Beret master sergeant who came home from Vietnam a disillusioned hero in 1965 and became a leading early opponent of the war, died in the obscurity of a small Midwestern town seven years ago, an all-but-forgotten soldier. He was 79.

In an age of seeming information ubiquity, the news media will generally recall the lives of noteworthy people when they die. But Mr. Duncan’s death went largely unnoticed outside of Madison, Ind., the Ohio River town where he lived.

His obituary in The Madison Courier said only that Mr. Duncan had once worked for a local nonprofit that helped poor people find jobs. The crucial events of his life — the killings and brutalities of 18 months in Vietnam, the agony of conscience and conversion, and the years of antiwar struggle — had happened long ago and were not mentioned.

In an America torn by protests against the war in the late 1960s and early ’70s, Mr. Duncan was often in the news, although not as prominently as the pediatrician Dr. Benjamin Spock, the Roman Catholic priests Daniel and Philip Berrigan or the actress Jane Fonda, who was photographed laughing and applauding on an antiaircraft gun in Hanoi. (Daniel Berrigan died on April 30.)

But in 1966, well before the Tet offensive and the My Lai massacre stirred national discontent, Mr. Duncan was one of the first returning veterans to portray the war as a moral quagmire that had little to do with fighting the spread of Communism, as American leaders were portraying it.

But in 1966, well before the Tet offensive and the My Lai massacre stirred national discontent, Mr. Duncan was one of the first returning veterans to portray the war as a moral quagmire that had little to do with fighting the spread of Communism, as American leaders were portraying it.

Sergeant Duncan, who went to war convinced it was an anti-Communist crusade, ended his Special Forces duty a changed man. A 10-year veteran, he rejected an offer of an officer’s commission and left the Army. Back home, he became a fierce critic of the war, writing articles and a memoir and speaking at rallies across the country with the singer Joan Baez, the writer Norman Mailer and the comedian Dick Gregory.

In a 1966 cover article for Ramparts, a radicalized Roman Catholic political and literary journal, Mr. Duncan told of witnessing murders, torture and other atrocities by American forces in Vietnam in violation of all international laws; of refusing orders at An Khe to kill four enemy prisoners whose hands were tied behind them; and of rapes by South Vietnamese troops that were never reported, let alone punished.

“The whole thing was a lie,” Mr. Duncan wrote. “We weren’t preserving freedom in South Vietnam. There was no freedom to preserve. To voice opposition to the government meant jail or death. Neutralism was forbidden and punished. Newspapers that didn’t say the right thing were closed down. People are not even free to leave, and Vietnam is one of those rare countries that doesn’t fill its American visa quota.”

In 1967, Mr. Duncan joined the Rev. William Sloane Coffin Jr., Dr. Spock, David Dellinger and other leaders of the National Mobilization Committee to End the War in Vietnam, to plan and carry out huge protest rallies in New York, Washington, San Francisco and dozens of other cities, at which draft cards and American flags were burned and protesters clashed with the police.

Mr. Duncan also testified that year at an unofficial “war crimes tribunal” organized by the philosopher Bertrand Russell in Denmark, and at a South Carolina court-martial, where he spoke in defense of Capt. Howard R. Levy, a Green Beret who had also turned against the war. Captain Levy was convicted of disobeying orders and attempting to incite disloyalty, and eventually served 26 months in prison.

In 1968 Mr. Duncan, then the military editor of Ramparts, helped Mr. Dellinger, Mr. Gregory, Rennie Davis and other antiwar leaders plan protests at the Democratic National Convention in Chicago. The rallies and marches drew tens of thousands of protesters and led to hundreds of arrests and injuries, and to a circuslike trial of eight protest leaders on inciting-to-riot charges.

In his Ramparts articles and a memoir, “The New Legions” (1967), Mr. Duncan detailed a military career that began in December 1954, when he was drafted by the Army in Rochester, a 24-year-old American who had been born in Canada and raised by a stepfather of Hungarian origin.

“I was a militant anti-Communist,” Mr. Duncan wrote in Ramparts. “Like most Americans, I couldn’t conceive of anybody choosing communism over democracy. The depths of my aversion to this ideology was, I suppose, due in part to my being Roman Catholic, and in part to the stories in the news media about communism. My stepfather was born in Budapest, Hungary. Although he had come to the United States as a young man, most of his family stayed in Europe.”

Mr. Duncan was serving with an artillery unit in Germany in 1956 when the Soviet Union crushed the Hungarian revolt. He recalled being frustrated and angry when the United States did not intervene. He joined the Special Forces in 1961. “I was so impressed with their dedication and élan,” he said. “Their anti-Communism bordered on fanaticism.”

Special Forces training, he said, included “methods of torture to extract information,” including “the delicate operation of lowering a man’s testicles into a jeweler’s vise.” He said he later witnessed the use of such techniques in Vietnam. 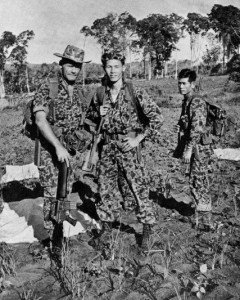 Mr. Duncan as a master sergeant, left, in a photograph published in Ramparts. Credit Ramparts

He volunteered to fight in South Vietnam in 1964 and served in missions all over the country with the Fifth Special Forces Group. He killed the enemy, saw comrades killed, watched civilians shot and bayoneted and their villages burned. He was awarded South Vietnam’s Silver Star, the United States Army Air Medal, two Bronze Stars and the Combat Infantry Badge, and was recommended for a Silver Star and the Legion of Merit.

On reconnaissance in Laos, where United States bombers were pounding an enemy supply route, he began to doubt American reports on the war.

Mr. Duncan said it had been common knowledge that draft-dodging and desertion rates among South Vietnamese troops were “staggering,” and that Vietcong guerrillas attacked American machine-gun positions “across open terrain with terrible losses.” American propaganda, he said, could not obscure such lopsided motivations.

“Even during the short period I had been in Vietnam,” he wrote, “the Vietcong had obviously gained in strength. The government controlled less and less of the country every day. The more troops and money we poured in, the more people hated us.”

He concluded that America was destined to lose the war. “I don’t think Vietnam will be better off under Ho’s brand of communism,” he said. “But it’s not for me or my government to decide. That decision is for the Vietnamese. I also know that we have allowed the creation of a military monster that will lie to our elected officials, and that both of them will lie to the American people.”

Donald Walter Duncan was born in Toronto on March 18, 1930, to Walter Cameron Duncan and the former Norma Brooker. Little is known of his early life. His father died when he was young, and his mother married Henry de Czanyi von Gerber, a naturalized American who became a noted cellist and orchestra conductor. His stepfather’s daughter, Frances (Donald’s stepsister), became the actress Mitzi Gaynor.

As a young man, Mr. Duncan was an office clerk, lumberjack, foundry worker and tree-topper. He married, had a child and divorced before being drafted. In West Germany in 1955, he married Apollonia Röesch. Their daughters are Ms. Casey and Ms. Wilson. After a second divorce, he married and divorced several more times. Besides Ms. Casey and Ms. Wilson, his survivors included at least two grandchildren, and Miss Gaynor.

After Mr. Duncan’s antiwar activities, he lived in Berkeley, Oakland and elsewhere in California. His daughters then lost track of him for years. He settled in Indiana around 1980, and in 1990 he became a founder of River Valley Resources, which provides services for the poor.

“Dad did not talk a whole lot about the war,” Ms. Wilson recalled. “But he was involved in a lot of antiwar things. We were young, but he wanted us to understand. He instilled in Val and me a sense of what’s right.”