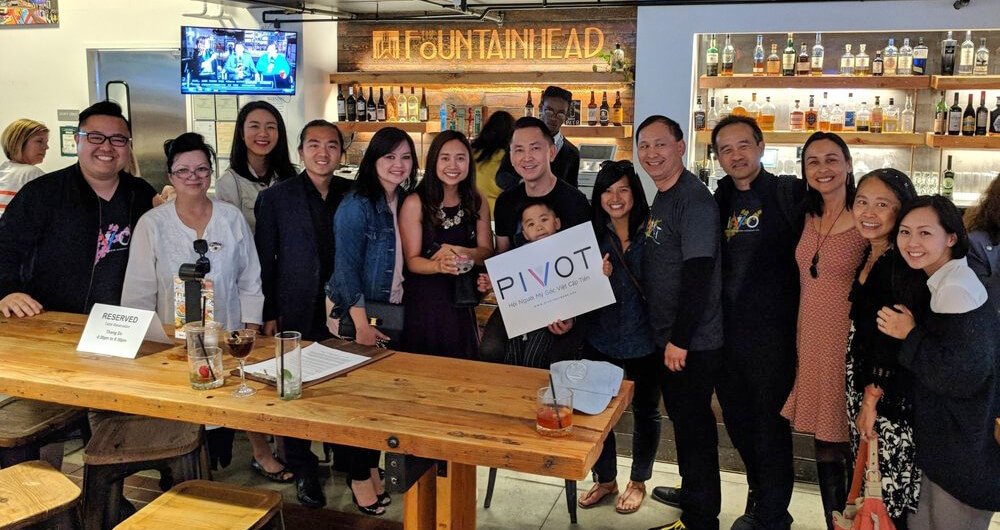 In Minneapolis, Minnesota on May 25th, 2020, police officer Derek Chauvin murdered George Floyd. Chauvin kneeled on Floyd’s neck for over eight minutes while three other officers stood guard, one of them Hmong American. As horrified bystanders confronted the officers for their actions, and started filming to hold them accountable, Floyd gasped “I can’t breathe.” His dying words were the same ones Eric Garner, another victim of police brutality, uttered while choked to death by a New York police officer in 2014.

There exists an idea that people of color are united in solidarity against common issues that affect all of us, specifically racism. That is mostly a myth. As hate crimes towards Asians increase in relation to COVID-19, we decry racism directed at our communities, and yet, many of us offer no solidarity with those protesting the loss of Black life. How can we assert that people should not be prejudiced against Asians, when we are prejudiced against others? If we want other people to show up for us, we have to stand in solidarity with them. Racial justice should not be thought of with a zero-sum mindset.

Many Southeast Asian Americans have been silent on the issue of anti-Black racism, which is a specific racial prejudice directed against Black people. Some disengage from issues they believe do not affect them directly; thus, they become bystanders benefiting from their proximity to whiteness. Others may uphold the myth of the model minority, which is a divisive stereotype designed to mask the role that structural racism plays in socioeconomic success. There also exists an ignorance about or denial of the existence of anti-Black racism, leading some to believe the fallacy that people who are brutalized by the police must have done something to deserve it. These attitudes are symptomatic of an overarching problem: the pervasive anti-Blackness in our communities.

Our families fled Cambodia, Laos, and Vietnam in the wake of war, oppressive governments, and genocide with the hope that they could begin new lives in countries free of violence. As millions of Southeast Asians languished in refugee camps and drifted into the ocean, the United States resettled the largest number of refugees in history amidst a racist debate about whether our lives were worth saving.

After the Vietnam War’s end in 1975, a Gallup poll asked Americans whether immigration laws should be changed so Southeast Asian refugees could be resettled in the United States.The majority of Americans—57 percent to be exact—opposed this idea. Americans simply could not imagine welcoming us into their society.

Despite the contested origins of our time in the United States, it has since become home. We must remember those who paved the way for our resettlement. Two decades before the first Southeast Asian refugees resettled in the United States, Black civil rights activists advanced the policies that helped reshape immigration policies that have saved our families. Their efforts culminated in the Civil Rights Acts of 1964 and the Voting Rights Act of 1965, which codified equality, anti-discrimination, and anti-racism as our country’s official policy.

The paradigm ushered in by the civil rights movement forced a change in immigration law. President Lyndon B. Johnson “eventually recognized that existing immigration law, and in particular, national origins quotas created many decades before on racist grounds, as inconsistent with civil rights and racial justice.” Thus, the Asian Exclusion Act of 1924 was abolished, and replaced with the Immigration and Nationality Act of 1965. The law instituted fairer admissions metrics that led to our resettlement by privileging family reunification, skills-based immigration, and the admission of refugees from communist countries.

Black civil rights leaders also had a direct hand in advocating for Southeast Asian refugees. Bayard Rustin, a Black and gay civil rights leader who co-organized the March on Washington, was a member of the International Rescue Committee’s Citizens Commission on Indochinese Refugees. Rustin visited refugee camps in Thailand in 1978, listening to the struggles of Cambodian, Hmong, Lao, and Vietnamese refugees. In part due to Rustin’s advocacy, President Carter supported a policy that rescued Southeast Asian refugees who had been turned away elsewhere.

Rustin also took on the difficult task of changing the mind of public opinion. Through national organizing, he convinced over 80 Black civil rights, organized labor, business, and academic leaders to publicly support the resettlement of Southeast Asian refugees. They took out an advertisement in the March 19, 1978 issue of The New York Times, soliciting donations for the International Rescue Committee, and connecting the plight of refugees to those of poor and Black Americans. Among the signatories are giants such as Coretta Scott King; Rev. Jesse Jackson; Daisy Bates; Hazel N. Dukes; and A. Phillip Randolph.

Within the Black community, Rustin responded to objections that refugees would only take away desperately needed jobs and housing by explaining the humanitarian crisis, going as far as calling the Southeast Asian refugee relegated to precarity the new “invisible man.” This invisible man, formulated by the legendary Ralph Ellison, is one who is not seen for who they are as an individual, but only as a subset of stereotypes.

Our communities have historically lived in close proximity to Black communities across the United States; members of our Southeast Asian community also belong to the Black community. We share interconnected struggles against poverty, discrimination, and police violence. This is not to paint a false image of peaceful coexistence. Painful episodes of inter-ethnic conflict remind us of a past and present than which we must do better.

Our fight for resettlement is over, but the fight for the civil rights of Black people continues. In May of 1978, regarding the plight of Southeast Asian refugees, Rustin wrote: “Black people must recognize these people for what they are: brothers and sisters, not enemies and competitors.” They were there for us, and we should be there for them: it is our turn to stand up for Black lives, not out of a debt that needs repaying, but out of decency.

About the author: Trinh Q. Truong is a Vietnamese American who was resettled in Utica, New York at the age of 3. Her research examines how countries respond to the social and legal demands of migration, with a focus on refugees. She is currently based in Phnom Penh, Cambodia as a Yale University Postgraduate Research Fellow studying the relationship between foundational resettlement policies and the ongoing deportations of Southeast Asian refugees. She is an incoming MSc. candidate in the Refugee and Forced Migration Studies Program at the University of Oxford.