Once Again, the VA Turns Down Navy Vets for Agent Orange Benefits 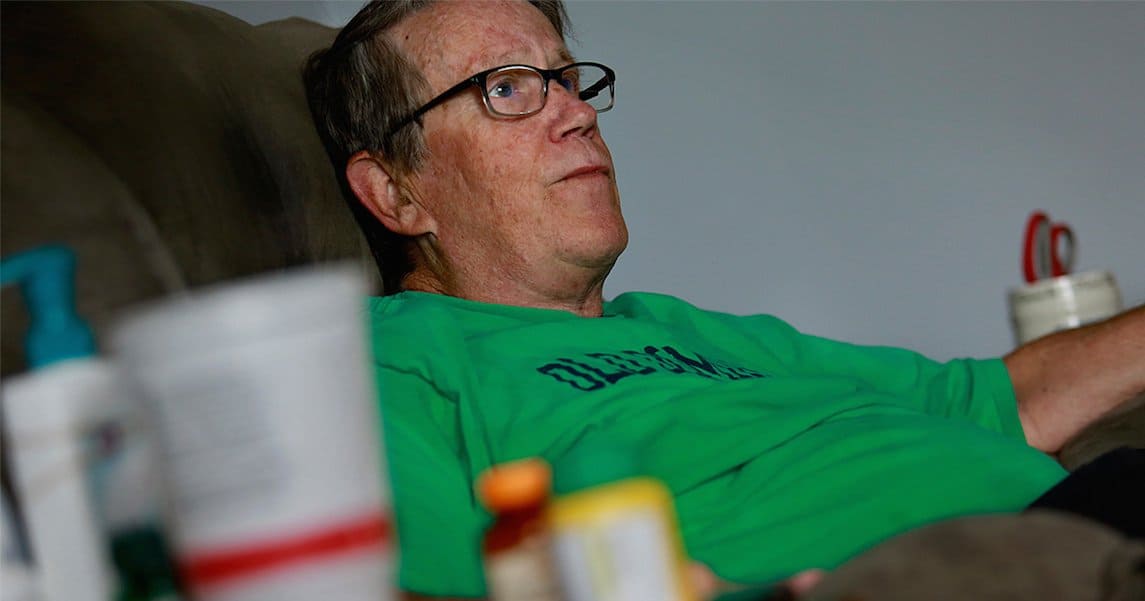 This article originally appeared at nationofchange.org by By Charles Ornstein and Terry Parris Jr

The U.S. Department of Veterans Affairs has once again turned down an effort by Navy veterans to get compensation for possible exposure to Agent Orange during the Vietnam War.

In a document released Friday, the VA said it would continue to limit benefits related to Agent Orange exposure to only those veterans who set foot in Vietnam, where the herbicide was sprayed, and to those who were on boats in inland rivers. The VA compensates these veterans for a litany of associated illnesses, including diabetes, various cancers, Parkinson’s Disease, peripheral neuropathy and a type of heart disease.

Are you a Vietnam veteran?

ProPublica and the Virginian-Pilot are interested in hearing from veterans and family members for our ongoing investigation into the effects of Agent Orange on veterans and their children. Share your story.

Advocates for some 90,000 so-called Blue Water Navy veterans who served off the coast of Vietnam have been asking the VA for more than a decade to broaden the policy to include them. They say that they were exposed to Agent Orange because their ships sucked in potentially contaminated water and distilled it for showering, drinking, laundry and cooking. Experts have said the distillation process could have actually concentrated the Agent Orange, which contained the toxic chemical dioxin and was used to kill vegetation and deny enemy cover.

ProPublica and the Virginian-Pilot profiled their effort to gain coverage in September as part of an ongoing project to chronicle the impact of Agent Orange on vets and their families.

The U.S. Court of Appeals for Veterans Claims last April struck down VA rules that denied compensation for sailors whose ships docked at certain harbors in South Vietnam, including Da Nang. Those ports, the court determined, may have been in the Agent Orange spraying area. The court ordered the VA to review its policy.

But on Friday, the VA largely stood by its old policy and once again asserted that there’s no scientific justification or legal requirement for covering veterans who served off the coast.

“Environmental health experts in VA’s Veterans Health Administration have reviewed the available scientific information and concluded that it is not sufficient to support a presumption that Blue Water Navy Veterans were exposed to Agent Orange,” the VA said in a fact sheet.

U.S. Sen. Richard Blumenthal, D-Conn., the ranking member of the Senate Veterans’ Affairs Committee, criticized the VA’s decision.
“Rather than siding with veterans, VA is doubling down on an irrational and inconsistent policy,” he said in a statement. “Young sailors risked their lives during the Vietnam War, unaware that decades later, they and their children and grandchildren would still feel the toxic effects of exposure. Veterans who served offshore and in the harbors of Vietnam were exposed and deserve the presumption of service connection for Agent Orange-related diseases.”

Blumenthal and others are seeking adoption of the Blue Water Navy Vietnam Veterans Act, which would ensure that all vets exposed to Agent Orange are compensated.

The VA opposes the legislation, as it has several previous iterations dating back to 2008.

The VA’s new review rejecting benefits relied on a 2011 report by the respected Institute of Medicine, as well as other published research, according to the agency’s fact sheet.

The Institute of Medicine report said there was no way to prove Blue Water vets were exposed to the chemicals, but it identified plausible routes that Agent Orange could have traveled out to sea and into a ship’s distillation system. Although military policy at the time recommended against distilling water closer than 10 miles to shore — where the chemical concentration would have been highest — veterans said doing so was often unavoidable, and their commanding officers routinely ordered it.

The VA said it is working with veterans groups to “initiate a groundbreaking study of Blue Water Navy Veterans health outcomes. We hope to have data gathered and analyzes published in 2017.”

Veterans called the VA’s decision a betrayal. John Wells, a Louisiana lawyer who has spent more than a decade advocating for Blue Water veterans, said his group would continue challenging the VA and push for legislation that would mandate coverage for the Blue Water veterans.

“It wasn’t completely unexpected. We’re used to being betrayed by the VA,” Wells said. “We’re going to fight this thing until we’re done or dead.”

Jim Smith, who served aboard the ammunition ship Butte, has been diagnosed with prostate cancer and believes that Agent Orange exposure may have played a role. “My feeling is the VA is thumbing their nose and sending the middle finger back to the Blue Water people,” he said. “It’s like nobody at the VA has any kind of science background whatsoever.”

Blue Water vets — so named to set the sailors apart from their Brown Water Navy counterparts, who patrolled the murky rivers of South Vietnam — were initially deemed eligible for compensation under the Agent Orange Act of 1991, only to have the VA change its interpretation a decade later.

ProPublica and the Virginian-Pilot are interested in hearing from veterans and family members for our ongoing investigation into the effects of Agent Orange on veterans and their children. Share your story.