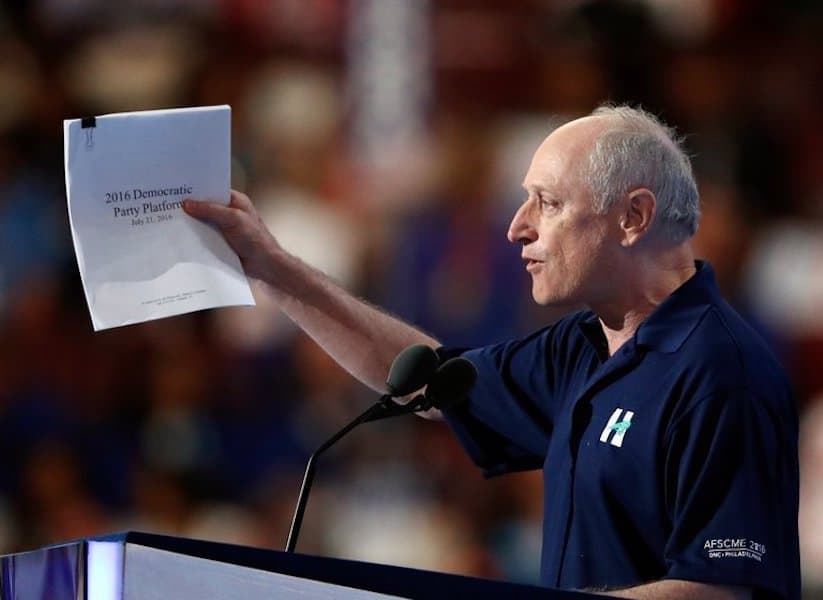 This obituary originally appeared at thenewyorktimes.com

Paul Booth, a leading architect of the first major march on Washington against the Vietnam War in 1965 and later an influential union organizer and a vigorous opponent of anti-labor legislation, died on Wednesday in Washington. He was 74.

His death, apparently of sudden complications of chronic lymphocytic leukemia, was confirmed by his wife, Heather, also a prominent advocate for liberal social causes. He died the same day Ms. Booth was arrested at a sit-in on Capitol Hill to support the Deferred Action for Childhood Arrivals program, known as DACA.

In the mid-1960s, Mr. Booth was a national spokesman for the fractious antiwar group Students for a Democratic Society.

He also became a leader of the radical Chicago community organizer Saul Alinsky’s movement to help poor residents of metropolitan neighborhoods and, later, the chief assistant to Gerald W. McEntee, the president until 2012 of the American Federation of State, County and Municipal Employees, the nation’s largest public employee union.

“Paul was an organizer’s organizer, a man of great generosity and integrity, a friend and mentor to so many people in Afscme, the labor movement and the progressive community,” Mr. Saunders said in an email on Thursday.

Mr. Booth told The New York Times last year that service workers were crucial to the survival of the union movement and to the Democratic Party, which trade unions have provided with money and manpower.

“The effort to strangle this opportunity has been the top strategic priority of the G.O.P.,” he said.

“For decades, Paul had been one of the labor movement’s key strategists,” the democratic socialist columnist Harold Meyerson wrote on Thursday on the website of the liberal magazine The American Prospect. “Paul devised the nation’s very first living-wage campaign, helped mastermind the 1995 insurgency that ousted the old-line Cold Warriors from the leadership of the A.F.L.-C.I.O., and mentored scores — perhaps hundreds — of union leaders and organizers, movement activists and elected officials.”

Paul Robert Booth was born on June 7, 1943, in Washington. His father, Philip Booth, worked for the Labor Department and drafted Social Security legislation and programs for migrant workers. His mother was the former Mary Markowitz. 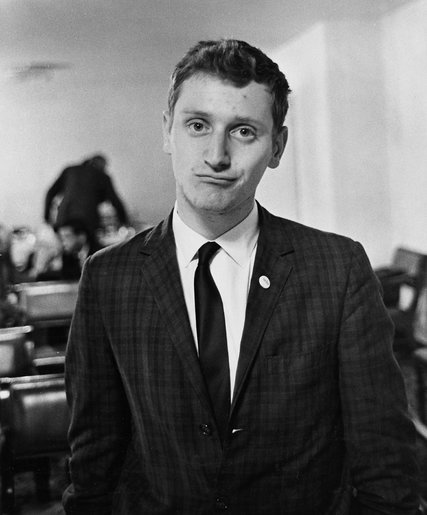 Mr. Booth in New York in 1966, when he was national secretary of Students for a Democratic Society. Credit John Orris/The New York Times

He majored in political science at Swarthmore College in Pennsylvania and graduated in 1964.

In addition to his wife, the former Heather Tobis (whom he had met at a sit-in against the draft at the University of Chicago), he is survived by two sons, Eugene Victor Booth (named after Eugene V. Debs, the socialist labor leader) and Daniel Garrison Booth (named for Daniel De Leon, the socialist editor); a brother, Michael; and five grandchildren.

Despite his early opposition to the Vietnam War, his campaign to register draft resisters as conscientious objectors and his protests against American banks as “partners in apartheid,” because of their ties to the South African government, Mr. Booth was considered a moderate by S.D.S. standards.

As the national secretary of S.D.S., he popularized the slogan “Build, Not Burn” to promote civilian public service work as an alternative to the military draft.

Unlike some of his more militant colleagues, he also believed that by seeking political office and supporting candidates and campaigns, he and his fellow leftists could further the organization’s broader political agenda.

Mr. Booth was a chief organizer of the April 1965 Washington march, during which more than 15,000 protesters paraded from the Washington Monument to the Capitol and picketed the White House. The march was also supported by Women Strike for Peace and the Student Nonviolent Coordinating Committee, among other groups.

“We’re really not just a peace group,” Mr. Booth, just 21 at the time, told The Times in 1965. “We are working on domestic problems — civil rights, poverty, university reform. We feel passionately and angrily about things in America, and we feel that a war in Asia will destroy what we’re trying to do here.”

In his book “SDS: The Rise and Development of the Students for a Democratic Society” (1973), Kirkpatrick Sale wrote that Mr. Booth’s politics, “which had always been in the careful center of S.D.S., hardly made him open or responsive to the new, often bizarre, usually romantic, always militant ideas coming up from under.”

Moreover, Mr. Sale wrote, Mr. Booth’s style, “with a flint-sharp mind, a skillful tongue and years of infighting experience in political groups, was abrasive to the younger and less sophisticated people around the office.”

Another leader of the group, Todd Gitlin, now a journalism and sociology professor at Columbia University, recalled in “The Sixties: Years of Hope, Days of Rage” (1989) that in 1964 Mr. Booth cautioned that “we must tread delicately on the Vietnam question because lots of S.D.S. people are far from being for withdrawal.”

Professor Gitlin recalled in an email on Thursday that Mr. Booth had also been one of the authors of a manifesto that argued for moving into mainstream politics.

Mr. Booth joined the labor movement in 1966 as research director for the United Packinghouse Workers of America. He became organizing director for the public employees union and then executive assistant to Mr. McEntee.

“Some labor leaders are bombastic,” Mr. Meyerson wrote in The American Prospect. “Paul was quiet, ironic, self-effacing, witty, warm, scholarly, and diligent — just the kind of guy who’d crunch the numbers to make a point about Latino realignment, whose commitment to a decent future for his nation was such that he’d research and rewrite from his hospital bed on what the Democrats needed to do to win in 2018, who could dismiss his own illness as a trifle indisposition.”