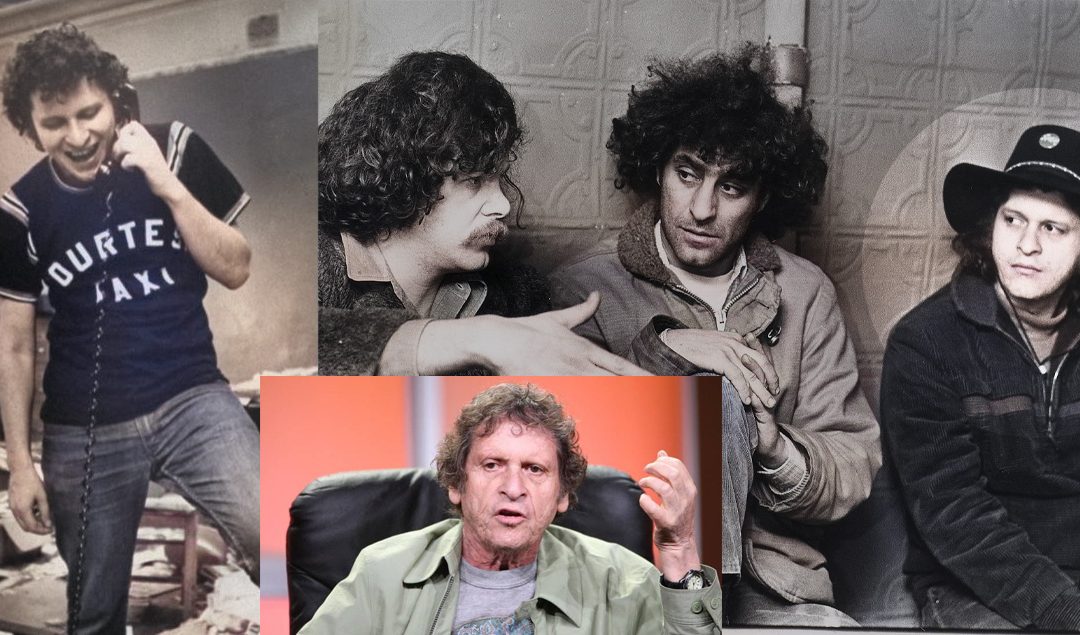 His circle included Abbie Hoffman and Jerry Rubin. When People magazine called him the “father of the underground press” — he founded The Realist — he demanded a paternity test.

He was a prankster, a master of the put-on that thumbed its nose at what he saw as a stuffy and blundering political establishment.

And as much as anyone else,Paul Krassner epitomized a strain of anarchic 1960s activism — one that became identified with the Yippies as they nominated a pig for president and rained dollar bills onto the floor of the New York Stock Exchange. Along with Abbie Hoffman andJerry Rubin and a few others, Mr. Krassner helped found that group.

He was the founder and editor of The Realist, among the earliest underground humor magazines, one that was known for outlandish and raunchy cartoons and iconoclastic political and social commentary. Its contributors included Norman Mailer, Jules Feiffer, Terry Southern, Joseph Heller, Mort Sahl, Edward Sorel and Robert Grossman. With some very long breaks, it endured into the 21st century.

Yet so naturally irreverent was Mr. Krassner that when People magazine labeled him the “father of the underground press,” he demanded a paternity test.

In all, he helped propagate a certain absurdist sensibility that encouraged people like the cartoonists R. Crumb and Art Spiegelman and the comedian George Carlin to be more daring in mocking the insanities and hypocrisies of war, politics and much of modern life.

Mr. Krassner died on Sunday at his home in Desert Hot Springs, Calif., his daughter, Holly Krassner Dawson, said. He was 87. She did not give a cause, but said he had been in hospice care.

Mr. Krassner was writing freelance pieces for Mad magazine in 1958 when he realized that there was no equivalent satirical publication for adults; Mad, he could see, was largely targeted at teenagers. So he started The Realist out of the Mad offices, and it began regular monthly publication. By 1967 its circulation had peaked at 100,000.

“I had no role models and no competition, just an open field mined with taboos waiting to be exploded,” Mr. Krassner wrote in his autobiography.

The Realist’s most famous article was one Mr. Krassner wrote portraying Lyndon B. Johnson as sexually penetrating a bullet wound in John F. Kennedy’s neck while accompanying the assassinated president’s body back to Washington on Air Force One. The headline of the article was “The Parts That Were Left Out of the Kennedy Book,” and it claimed — falsely — to be material that had been removed from William Manchester’s book “The Death of a President.”

“People across the country believed — if only for a moment — that an act of presidential necrophilia had taken place,” Mr. Krassner told an interviewer in 1995. “The imagery was so shocking, it broke through the notion that the war in Vietnam was being conducted by sane men.”

Avery Corman, the author of “Kramer vs. Kramer” and other books, whose first essays appeared in The Realist, called Mr. Krassner “a cultural pioneer.”

“The pieces he wrote himself and the material written by others were saying to people that what we’re told by the establishment and the media may not be true, may be distorted, and at that time that was not an accepted idea,” Mr. Corman said in a 2016 interview. “For young people trying to dope out what the world was like, being a Realist reader was a way of distinguishing yourself: ‘I’m not gullible, I’m skeptical.’”

By the 1970s, The Realist was struggling financially and being published more haphazardly; for years it did not come out at all. In the mid-1980s it was revived as a newsletter. It ceased publication in 2001.

Mr. Krassner was also the keeper of the legacy of one of his mentors, Lenny Bruce. He edited Bruce’s autobiography, “How to Talk Dirty and Influence People” (1965), and was nominated for a Grammy Award for his 5,000-word liner notes to a collection of Bruce’s nightclub routines, “Let the Buyer Beware.”

Encouraged by Bruce, Mr. Krassner often took to the stage, delivering comic monologues at nightclubs like the Village Gate. He and his East Village friends also dreamed up pieces of public tomfoolery.

In one, in 1968, a group of 60 hippies chose to turn the tables on tourists streaming into the East Village to gape at its scruffy, longhaired denizens. With cameras dangling from their necks, the hippies hired a Greyhound bus for a sightseeing tour of the tidy middle-class neighborhoods of Queens.

Their theatrical shenanigans included streaming to Washington to “levitate” the Pentagon and organizing a nighttime “yip-in” at Grand Central Terminal to celebrate spring; it drew some 3,000 revelers, prompting nightstick-swinging police officers to charge the crowd and arrest 17 as protesters yelled “Fascists!” The press seemed transfixed by their antics.

“It was mutual manipulation,” Mr. Krassner said, reflecting on his life in an interview for this obituary in 2016. “We gave them good stories and sound bites, and they gave us free publicity.”

In August 1968, the group made its way to the Democratic National Convention in Chicago and held a festival that, along with antiwar protests, prompted another police charge, this one bloodier. Television cameras caught what a national commission was to term “a police riot.” Hoffman and Rubin were among those convicted of crossing state lines to incite a riot, though those convictions were reversed on appeal. Mr. Krassner was named an unindicted co-conspirator.

Paul Krassner was born on April 9, 1932, in Brooklyn, the second of three children. His father, Michael, was a printing compositor for The Long Island Star-Journal who had a cynical streak and, according to his son, worried about efforts by government and business “to manipulate the human mind.” His mother, Ida, who had immigrated as an infant from Russia, was a legal secretary and instilled in him the maxim “Nothing ventured, nothing gained.”

Paul was a violin prodigy, playing a Vivaldi concerto at Carnegie Hall when he was 6, but he gave up practicing regularly because he found his instructor too controlling. Still, he traced his bent for humor to that Carnegie Hall recital. When in midperformance he tried to soothe an itch in his left leg by scratching it with his right foot, the audience burst out laughing, and he realized he loved that sound more than the applause for his playing.

He was bar mitzvahed, but, he said, the atomic bombing of Hiroshima had already persuaded him to identify as an atheist. He attended the Baruch campus of City College, though he dropped out three credits short of a degree, disappointing his parents.

“They had learned by then that I was a rebel,” he said.

He was already earning money working for The Independent, a newspaper run by the anti-censorship crusader Lyle Stuart. It turned out that Mr. Stuart was also the business manager of Mad, and Mr. Krassner began writing humor pieces for it.

Mr. Stuart also gave him a list of subscribers to a small progressive magazine that was closing down, and Mr. Krassner managed to persuade 600 of those readers to buy his satirical replacement, The Realist.

An interview in the magazine with a doctor who performed abortions at a time when they were illegal led to Mr. Krassner’s first foray into serious activism. After receiving calls from women seeking information about how they, too, could obtain abortions, he set up a service to refer pregnant women to qualified doctors. He was subpoenaed by two different district attorneys but never prosecuted.

With the decline and demise of The Realist, Mr. Krassner had to scratch out a living, and eventually Social Security checks were a mainstay. He wrote columns for magazines like High Times and Adult Video News and blogs for The Huffington Post (now HuffPost). He served a short stint as publisher of Hustler. In 1994 he published a memoir, “Confessions of a Raving Unconfined Nut: Misadventures in the Counter-Culture,” which he later updated, and he also produced three collections of reminiscences about people’s experiences with marijuana, hallucinogenic mushrooms and other drugs.

Mr. Krassner’s first marriage, to Jeanne Johnson, ended in divorce. In addition to his daughter, from his first marriage, his survivors include his wife, Nancy Cain; a brother, George, and one grandchild.

In 2003, Mr. Krassner joined with others surviving Yippies to form a speakers bureau, charging several thousand dollars for talks to college audiences.

“This is the antiwar equivalent of a veterans’ group,” Mr. Krassnertold The New York Times. “It’s strange to be 70 and still identify with a youth movement. But I’d rather identify with evolution than stagnation.”