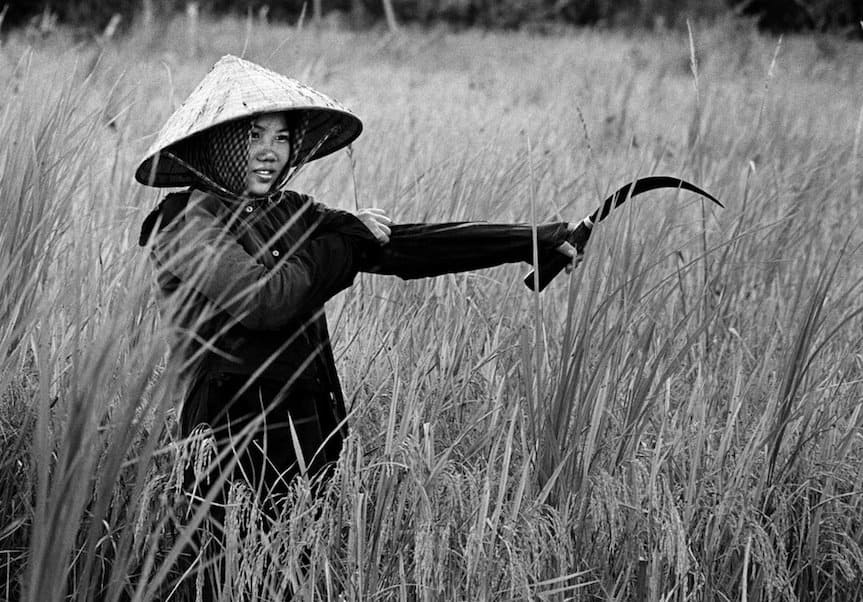 Philip Jones Griffith was an award-winning Magnum photographer who photographed extensively in Viet Nam, both during and after the war.  Taken from his exhibit and book, these 29 photographs have been reproduced for use by Veterans For Peace chapters.  There is no charge apart from the cost of shipping. Images are museum quality, foam-core mounted with captions, and ready to display.  VFP members may offer the exhibit to their local community arts centers, galleries and schools.  For information about exhibiting them in local communities, members should contact Jeanne Friedman (jeannetoby@gmail.com). 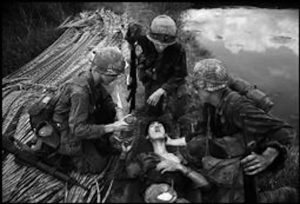 VIETNAM. The battle for Saigon. American G.I’s often showed compassion toward the Vietcong. This sprang from a soldierly admiration for their dedication and bravery; qualities difficult to discern in the average government soldier. This VC had fought for three days with his intestines in a cooking bowl strapped onto his stomach. 1968