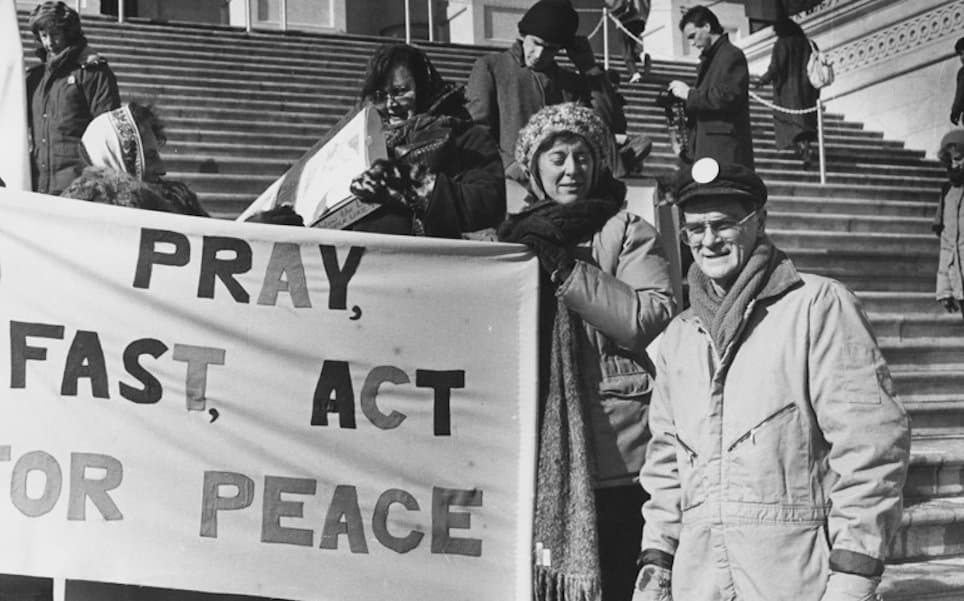 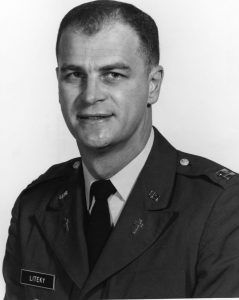 Liteky Family/Provided — 2/15/1967 — Chaplain (CPT) Charles Liteky official Armu photograph taken at Ft. Benning, GA on February 15, 1967. (hew was also known as Cpt. Angelo J. Liteky, his ordination name as a Catholic priest) (submitted photo, Liteky Family)One of America’s true heroes has gone to his final reward.   At age 85, just six months after his beloved wife Judy died of cancer, he went to join her.   He had spent his final months at the VA Hospice facility in San Francisco.

Born on February 14, 1931, in Washington, D.C., Liteky joined the Army from Fort Hamilton, New York. He served in Vietnam as a captain and chaplain in Headquarters and Headquarters Company of the 199th Infantry Brigade. On December 6, 1967, near Phuoc-Lac in South Vietnam’s Biên Hòa Province, he was accompanying Company A, 4th Battalion, 12th Infantry Regiment, on a search and destroy mission when they came under heavy fire from a numerically superior enemy force. Seeing two wounded men lying 15 meters from an enemy machine gun, Liteky shielded them with his body and, once the volume of fire had sufficiently decreased, dragged them to the relative safety of a helicopter landing zone. One of the wounded was too heavy to carry, so Charley placed the man on his chest and crawled on his back, using his heels and elbows, and brought the man to safety. Although wounded in the neck and foot, he continued to expose himself to hostile fire in order to rescue more of the wounded and administer last rites to the dying   When the landing zone came under fire, he stood in the open and directed the Medevac (medical evacuation) helicopters in and out of the area. After the wounded had been evacuated, he returned to the perimeter to encourage the remaining soldiers until Company A was relieved the next morning  For this action, he was awarded the Congressional Medal of Honor by President Johnson.

Well after the war, Charley left the service and married a former nun, Judy, who introduced him to numerous victims of the American funded and equipped war in El Salvador.   In 1986, he went to Central America to see for himself, and on July 29, 1986 he placed his medal and a letter to the President at the base of the Vietnam Memorial wall in Washington, D.C. to protest America’s activities in El Salvador and Nicaragua.  The National Park Service retrieved the medal and letter, and they are on display at the Smithsonian Museum of American History.   On September 1st, 1986, along with three other veterans, he began a water-only fast upon the Capital steps to protest, an action that mobilized a movement that prevented the U.S. from openly invading Nicaragua.   In later years he was a frequent protestor at the Fort Benning School of the Americas, now called the Western Hemisphere Institute for Security Cooperation.   In May of 2003, he went to Baghdad as a human shield, hoping to discourage the “shock and awe” bombing that was devastating that Iraqi city.  An autobiography is expected to be published later this year.