This article originally appeared at mercedsunstar.com.

April 30, 2015, marks the 40th anniversary of the end of the Vietnam War. As we reflect on the legacies of the Vietnam War, two of the most deadly weapons of war left behind – Agent Orange and unexploded ordnance, called UXO – continue to haunt Indochina.

April 30, 1975, was the day Saigon was taken over by the Viet Cong, following the departure of the United States.

During the war, the U.S. military had used the powerful herbicide and defoliant Agent Orange to spray along the Ho Chi Minh trails in Laos and South Vietnam. Its purpose was to clear away jungle and eliminate Viet Cong hideouts, disrupting the movement of soldiers and food supplies. Years after the war, the people along the trail continue to suffer health maladies and dire consequences, including dioxin poisoning. The Vietnamese government says that dioxin levels remain 100 times higher than the international standards in some of these areas. 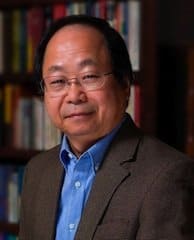 In August 2012, the U.S. pledged $43 million to fund a joint project with Vietnam to clean up contaminated areas. Though areas of Agent Orange contamination include part of the Ho Chi Minh trail in southern Laos, the joint project between the U.S. and Vietnam does not include Laos. Moreover, the project is only the first small step, as more funds and technical assistance are needed to slowly clean contaminated areas.

It will take generations and billions of dollars to clean the contaminated regions. The willingness and commitment of the United States government to fund this project by providing assistance to victims of Agent Orange and removing UXO is long overdue. Hopefully the U.S. government will provide more funding to clear UXO in Laos and Cambodia as well.

Unexploded ordnances remain one of many major issues in Laos. Legacy of War, a nonprofit organization based in New York, said the U.S. Air Force carried out 580,000 bombing missions against the country during the “U.S. led-Secret War from 1962-1975.” That breaks down to about one planeload of bombs dropped every eight minutes, 24 hours a day, for nine years.

According to experts, the U.S. dropped over 2 million tons of bombs in Laos, more than all of the bombs dropped during World War II. Among them were 80 million cluster bombs. Ten percent to 30 percent of those did not explode, according to Legacy of War.

Unexploded ordnances do not discriminate between soldiers, civilians, children or animals. Bomblets are hidden underground, waiting for someone to step on them or dig into them. When they do, an explosion ensues. Many people have died, and many more are severely injured. Many are children who were born long after the war.

Last year the U.S. government said it would spend $12 million in 2014 through the Foreign Operations Budget for UXO clearance, victim assistance, food and education in Laos. Since the end of the war in Laos, the U.S. has provided a total of $74 million – including the $12 million in 2014 – for UXO activities. Of the total, $32 million, or 40 percent, has been allocated in the last five years. Though these funds are encouraging, more assistance from international nongovernmental organizations and governments is needed to help clear these bombs from Laos.

Though the war ended four decades ago, the deadly human toll from UXO and health impacts from Agent Orange will last well into the future. It is imperative the U.S. government and the other nations that provided these deadly weapons – including China and Russia – live up to their moral obligations and responsibilities to clean up their own weapons. They must do this in the spirit of humanity.

In spite of all these efforts, nothing can be compared to the injustice and misery the people of Laos, Cambodia and Vietnam have suffered as they continue to seek healing and reconciliation.