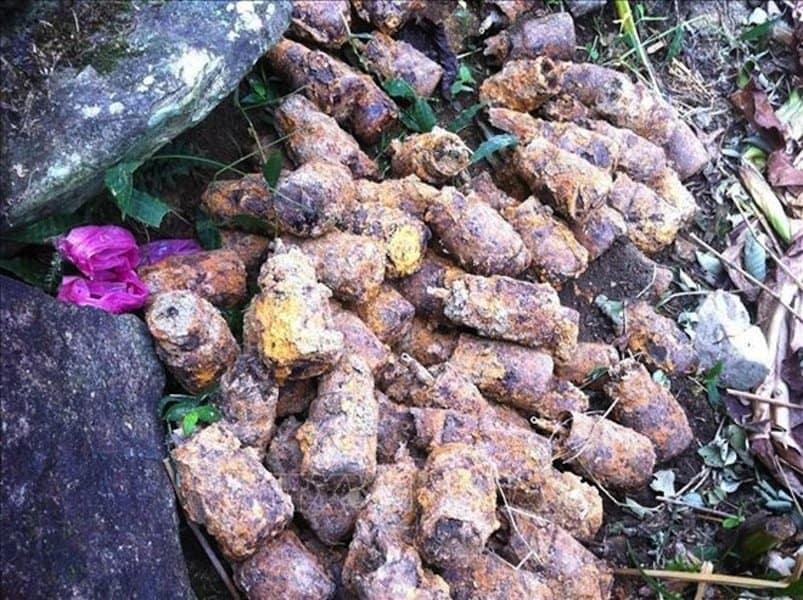 Quang Tri (VNA) – The central province of Quang Tri has mobilised more than 20 projects and non-project aid packages worth over 4 million USD in the first nine months of the year to address the lingering consequences of bombs and mines left by wars across the locality.

The Mines Advisory Group (MAG) from the UK has agreed to provide an additional 2.5 million USD for their mine and bomb clearance programme in the province. The money will be used to fund the sixth phase of the programme, to be carried out from August 2018 to July 2021. The programme is expected to benefit 12,400 residents.

According to the provincial Department of External Affairs, the MAG will form eight more teams of experts and two other assistance teams, with the goal of defuse unexploded ordnance in an area of nearly 10.5 million square metres.

Meanwhile, the Norwegian-funded project “Restoring the Environment and Neutralising the Effects of the War” (RENEW) has received additional 512,500 USD from the Norwegian People’s Aid (NPA) for activities during 2018-2022. The NPA will deploy 34 more mine and bomb clearance staffers in this period thanks to the funding.

Quang Tri province has the highest rate of unexploded ordnance (UXO) contamination in the country, with 81 percent of its natural area, or 3,866 square kilometres, was embedded with unexploded bombs and mines. Leftover landmines have killed 3,430 people and injured 5,100 others so far.

In 1996, Quang Tri was the first locality in Vietnam to carry out a pilot foreign-funded UXO clearance programme in partnership with the US non-governmental organisation (NGO) PeaceTrees Vietnam. Since then, a number of international NGOs like MAG and NPA have joined the effort. In the past 22 years, the province has received more than 80 million USD from domestic and foreign sponsors to address post-war consequences.

Thanks to the support, 132 million square metres of UXO-contaminated land in the locality have been cleaned up, helping ensure safety for local residents and develop local socio-economy. In addition, the foreign aid also funded the building of hundreds of houses and communication works to raise public awareness of landmines.

The province is enhancing efforts to mobilise more resources for landmine clearance as well as support for UXO victims.