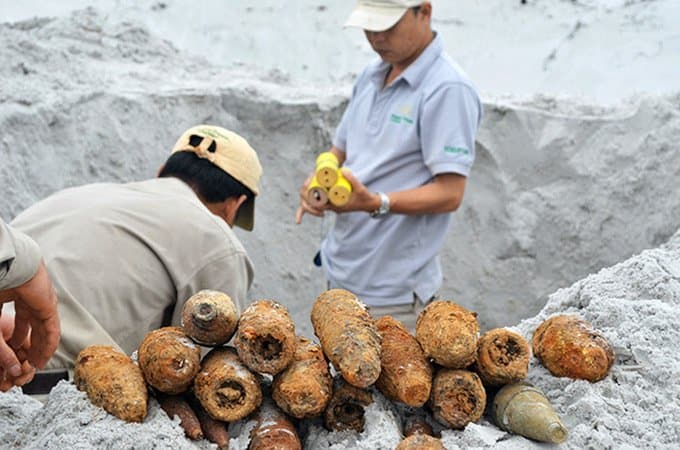 This article originally appeared at VNExpress International on April 18, 2018.

The deal with Norwegian People’s Aid (NPA) was signed on Wednesday and will sponsor a project expected to run until 2022, Vietnam News Agency reported.

Vietnam is one of the most heavily contaminated countries in the world when it comes to explosives. Between 1945 and 1975, during two wars with French and American invaders, more than 15 million tons of explosives were dropped on Vietnam; four times higher than the amount unleashed during World War II.

With support from the international community, Vietnam is clearing an average of 40,000-50,000 hectares per year, but it still might take as long as 100 years to rid the country of the deadly legacy.

Around 800,000 tons of unexploded ordnance remains scattered across the country, contaminating 6.1 million hectares or 18.71 percent of its land area, and causing explosions that killed more than 1,500 people every year, according to official figures.

In central region, explosives still cover up to 80 percent of some provinces.

Quang Tri was the province hardest hit by bombings during the Vietnam War. It was a center for American military bases and a principle battleground during the 1968 Tet Offensive.

An estimated 400,000 pieces of unexploded ordnance, or UXOs, remain buried across 480,000 hectares (1.2 million acres) of land in Quang Tri. They have been found in rice fields, gardens and even under beds.

NPA started providing mine clearance support in Quang Tri in 2008 and has helped remove 70,000 tons of unexploded ordnance.