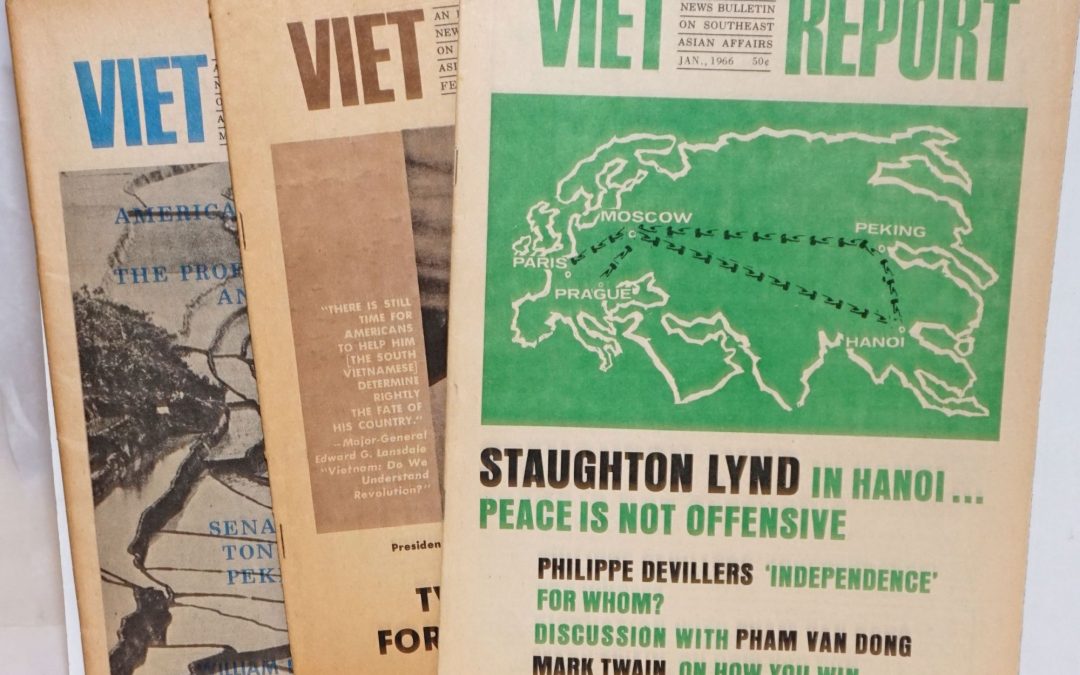 Notable writer Carol Brightman died November 15, 2019, at the age of 80. Known best for her coverage of The Grateful Dead and their devoted followers, Brightman also helped uncover the truth about the American war in Viet Nam early on:

She was a 26-year-old graduate assistant in English at New York University in 1965 when she founded Viet Report.

“Carol was one of the first to make vivid that an antidote to mass media was needed to understand the truth about what was going on in Vietnam,” the novelist Beverly Gologorsky, who was Viet Report’s managing editor, said by email.

The purpose of Viet Report, Ms. Brightman told The New York Times in 1965, was “to inform and not to persuade.” The second issue republished the text of the 1954 Geneva agreements, which had ended French rule in Indochina and partitioned Vietnam; other issues reprinted accounts from European publications from inside the war zone, which often gave views different from what the American press was reporting.

In 1967 Ms. Brightman traveled to North Vietnam as part of a contingent of the so-called Russell Tribunal, created by the philosopher Bertrand Russell to examine the possibility that the United States had committed war crimes in Vietnam.