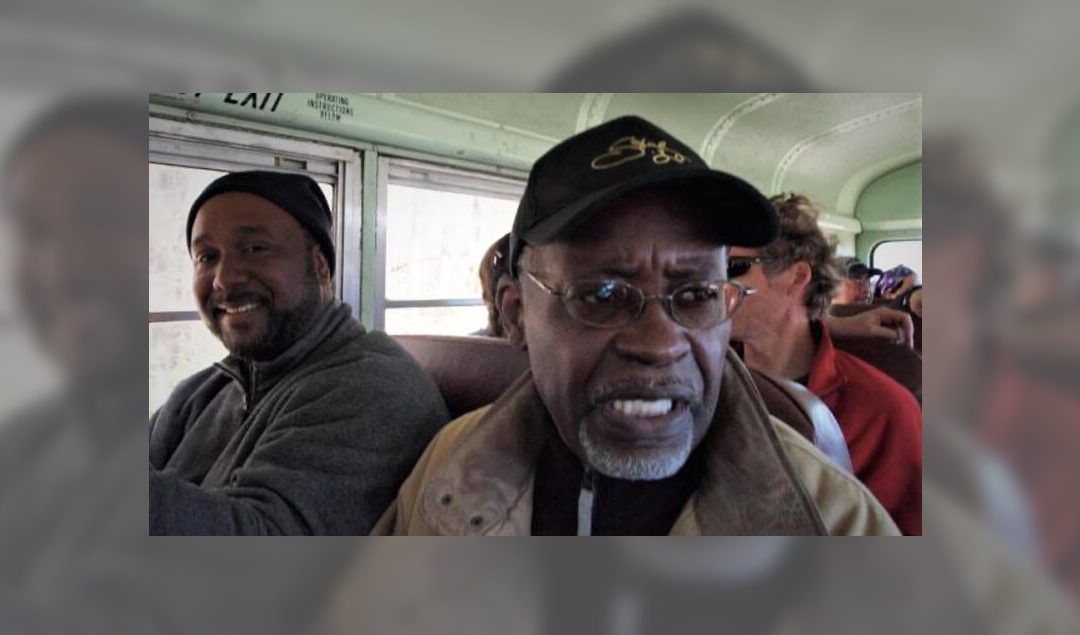 While he had not been involved in the civil rights movement or any other 1960s-era protest movements, Eurquhart developed sharp political views during his time in the military.

Durham, North Carolina-based activist Raymond Lee Eurquhart died on March 30. “Bro Ray” was a mainstay of the North Carolina peace, labor, civil rights, and human rights movements. He was a friend, comrade, and mentor to hundreds of workers, students, and activists with more than 50 years in the struggle. A full Eurquhart biography would tell stories of many lefts — from the very personal, through his beloved Durham neighborhood, to the transnational. In March 2002, I had the opportunity to spend several hours interviewing Eurquhart over the course of several days. He was always enthused when teaching and learning, but I have never seen him more animated and proud than when he recounted his early political education and organizing while serving in the U.S. Air Force. I do not know that I have ever been more enthralled to listen.

Raised in Durham by his mother, Mary Eurquhart Williams, who cooked and waited tables at Woolworth’s and other downtown cafeterias, Eurquhart graduated from Hillside High School in 1966. Facing the near certainty that he would be drafted and sent to Vietnam, Eurquhart enlisted in the Air Force. After basic training, he was assigned to Chimea, a remote base near Siberia. While he had not been involved in the civil rights movement or any other 1960s-era protest movements, Eurquhart developed sharp political views during his time in the military. He began discussing politics with airmen who provided firsthand accounts of campus protests like the Free Speech Movement in Berkeley, California. Some black airmen identified openly as Black Panthers, while others had witnessed race riots on bases in California and New Jersey and had been sent to Chimea for their alleged participation. Chimea also allowed him the opportunity to collect the wisdom of old timers, who shared advice as well as their own stories of discrimination in the service.

As the end of his one-year stint at Chimea drew near in 1968, Eurquhart lobbied for an assignment to Vietnam or Thailand, because even though he opposed the war by this time he hoped to “witness . . . racism on the front lines” and to be close to the action. Had the Air Force sent him to Southeast Asia, he would have joined a growing and sophisticated Pacific-based network of anti-war organizations that included coffeehouses, newspapers, and GI counseling services. But Eurquhart did not go to Vietnam. He was assigned to Croughton, one of eight U.S. Air Force bases in England, where he quickly immersed himself in efforts to improve the living and working conditions on base. A loosely affiliated group of soldiers pooled their money to hire private lawyers for servicemen facing court martial rather than relying upon military representation. Among African Americans, Latinos, and working-class airmen there was a clear sense that “we’re all getting screwed,” recalled Eurquhart. Some of his fellow airmen referred to him as “the attorney” because of his mastery of the military justice system and his willingness to assist those who were facing sanctions. Black soldiers organized around their own grievances, and were able to extract small concessions from the Air Force — soul food in the cafeteria, reggae in the noncommissioned officers club, as well as relaxed enforcement of the hair-length regulations.

Eurquhart’s commitment to organizing deepened immensely after meeting black airman John Adkins at a bookstore in London. Realizing they shared a passion for books and radicalism, they met frequently in the city, investigating its left-wing political movements and counterculture, and even joining the London-based Black Panther Movement. During one visit they stumbled upon a protest of Cambridge students surrendering their Rhodes scholarships. Adkins and Eurquhart approached the students, who were elated to learn that they were American GIs. The Cambridge students belonged to a budding peace organization centered around the publication of an anti-war newspaper and had been looking to connect with servicemen. Adkins and Eurquhart began contributing articles and coordinating distribution of the group’s newspaper, PEACE — People Emerging Against Corrupt Establishment — at all eight U.S. Air Force bases in England. Eurquhart used his participation on the military’s boxing team as an opportunity to distribute the paper to bases across England and to solicit material from other GIs. A traveling football team smuggled PEACE to bases as far away as Stuttgart.

Eurquhart and Adkins painstakingly went about organizing servicemen at their home bases, holding open meetings, but proceeding cautiously so as not to invite harsh military repression. The results paid off, and their fledgling organization soon had hundreds of members on bases across England. “We had officers that supported our efforts to undermine the military, master sergeants, noncommissioned officers, technical sergeants, just sergeants. We had one stripers, two stripers, three stripers. It went across class, color, native folks, Hawaiian, Latino. If I had to get some hard numbers in terms of when we were meeting, we could have 100 people at a meeting when we really started expanding this group of us who was trying to deal with the war, trying to deal with racism and just trying to deal with a lack of opportunity on the base.”

On May 31, 1971, Eurquhart helped organize a protest in London during which more than 200 American GIs presented the U.S. ambassador to Great Britain petitions demanding an end to the war signed by more than 1,000 U.S. service members. To avoid taking part in an illegal demonstration, the GIs divided into groups of six before presenting the petitions to an embassy official. Before the presentation, the protestors gathered at Speakers’ Corner in Hyde Park, where a representative of each base read a statement. “The U.S. Air Force is probably the most powerful organization in the world, and we feel that in Indo-China it is being used amorally and irresponsibly,” one of the GIs said. “We are therefore skeptical of current policies towards ending the U.S. involvement there.” The protestors then traveled by bus to Victoria Park and attended an anti-war rally featuring theater performances by Vanessa Redgrave, Mia Farrow, and Barbara Dan. Back on base, Eurquhart was formally reprimanded and placed on the Airmen Control Roster, making him ineligible for a promotion or raise for 90 days.

At the end of his enlistment, Eurquhart returned to Durham in 1972 and continued his activism as a worker and organizer at the American Tobacco Company until the factory closed in 1987, and later as an employee of the City of Durham.

Read an interview excerpt with Ray here from March 9, 2002 (scroll down below the reprinted introduction). Ray describes his decision to enlist in the Air Force, the challenges he faced as one of a handful of African Americans in basic training, as well as his earliest attempts to push back against military authority. The transcript has been edited slightly for readability.