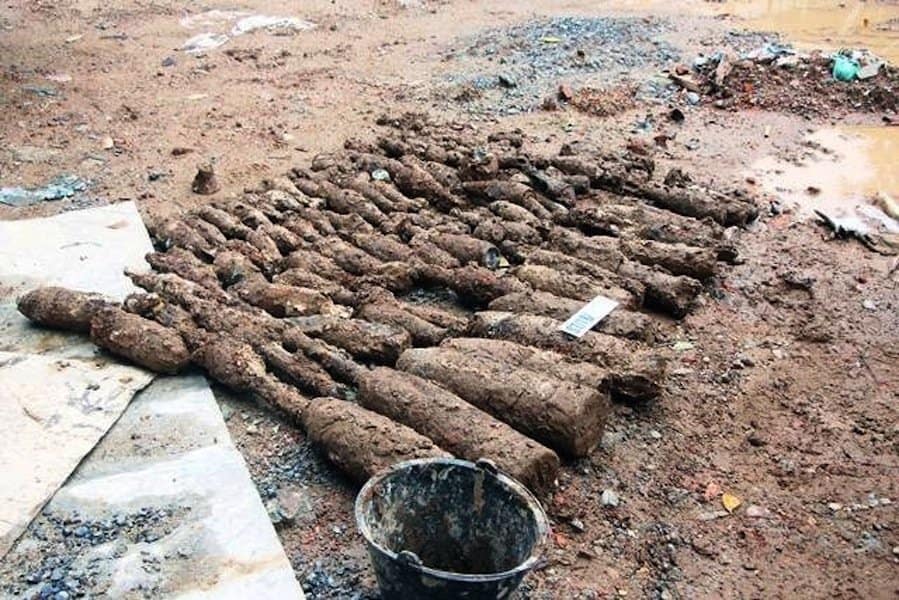 Quang Tri (VNA) – A team of the “Restoring the Environment and Neutralising the Effects of the War” (RENEW) project said it safely moved 590 explosive devices from a construction site in the central province of Quang Tri.

The mission took place from October 10-11, right after the team received a report on explosive devices from workers, who were building a guest house of Quang Tri town’s military high command at a location near the southern bank of Thach Han river.

At the site, the team found many devices, including shells and mortar shells, at a depth of 2 metres, with their detonators remained intact.

The devices were moved to a safe site for defusing in Trieu Trach commune, Trieu Phong district.

RENEW, mainly sponsored by the Norwegian People’s Aid (NPA), aims to help Quang Tri, known as one of the provinces hardest hit by the war, settle post-war bomb and landmine impacts.

To date, more than 131 million square metres of land in Quang Tri province have been mapped out as confirmed hazardous areas that need full clearance. The NPA’s teams have destroyed about 70,000 pieces of dangerous ordnance, helping to eliminate the risks of death and injury for local residents.-VNA