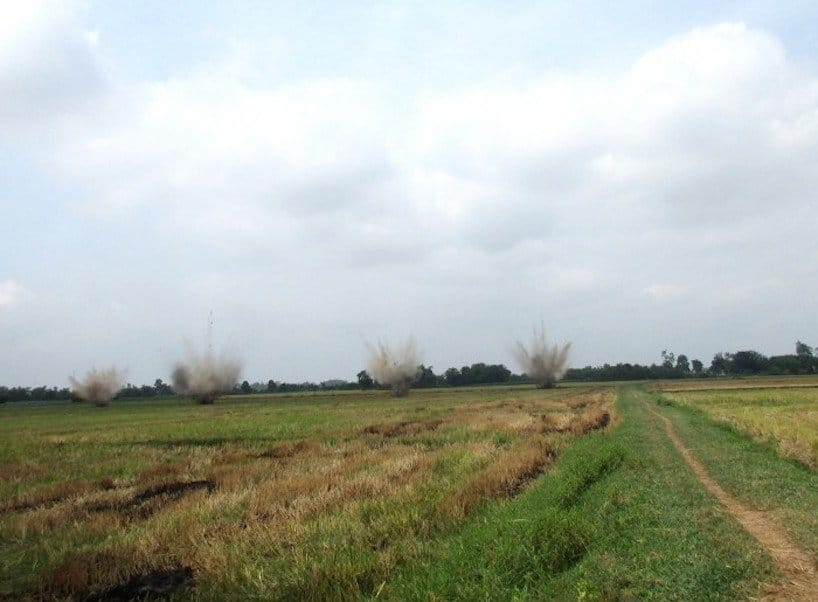 This article originally appeared at landminds.org.vn

Among the deadly weapons safely destroyed on Monday were seven cluster bombs uncovered last Wednesday by Cluster Munitions Remnants Survey (CMRS) team members, who were working under the direction of team leader Ngo Thien Khiet when the fatal accident occurred.  All field activity was halted immediately, and destruction of these deadly weapons was suspended.

Today that life-saving work resumed, with the successful demolition of 16 unexploded cluster bombs and other munitions. 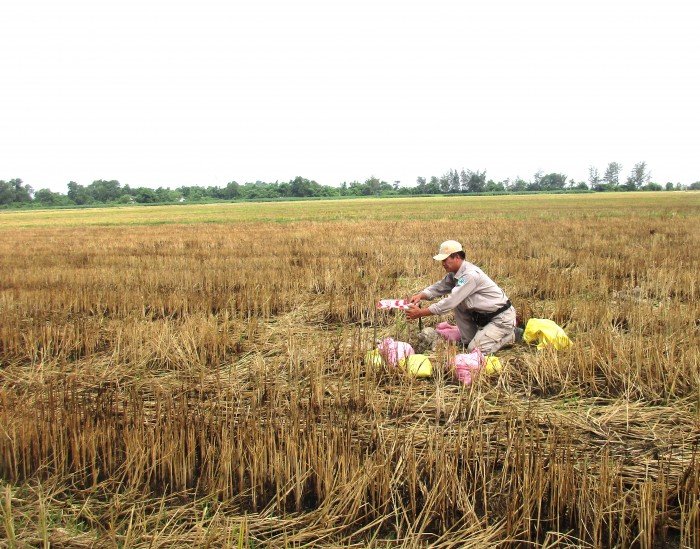 For EOD Team Leader Le Xuan Tung and his team members destroying these cluster bombs, and for local people, the EOD task on Monday was more significant than previous tasks.  The people of Co Luy Village are still thinking of last week’s accident.  As they begin to prepare their new crop which will soon grow into a waving green field of rice, they remember the loss of Khiet with gratitude and respect.  Members of the team working at the site keep the memory of Khiet close to them, thinking of their colleague with sorrow and admiration.

“The passing of Khiet is a terrible loss to all of us,” said Le Xuan Tung, “but it will not deter us from continuing our chosen path to clean up unexploded remnants of war, so we can return peace to this painful land.”  Tung added, “Khiet’s sacrifice will always have great meaning, because he undertook his duties to ensure safety for others.”

“We mourn the loss of Team Leader Khiet,” said Operations Manager Nguyen Thi Dieu Linh.  “But we are determined to be stronger and more united, and to continue our work with confidence, dedicated to safety,” she said.

Since the tragic accident, Project RENEW has received thousands of messages from around the world, and throughout Vietnam, offering condolences, sympathy, and understanding to the family of the deceased and to the whole RENEW staff.

On 20 May, U.S. Ambassador to Viet Nam Ted Osius sent a letter of condolence which was read at Khiet’s funeral. “Khiet was a highly trained professional devoting his energy and expertise towards making Quang Tri a safer place.  His efforts will not be forgotten,” Osius said in his letter.

“Khiet was a great colleague,” wrote Per Nergaard, Acting Secretary-General of NPA, in his 20 May letter of condolences.  “The NPA team in Vietnam and the organization as a whole will sorely miss him.”