Revealing the Pentagon Papers in Congress — 3: Reading the Papers 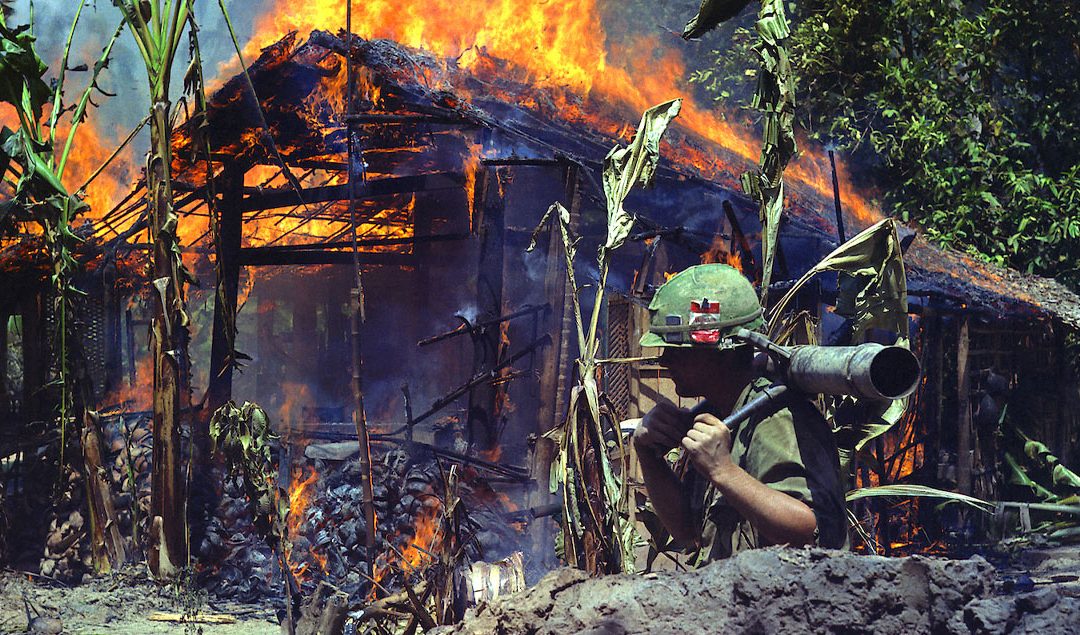 In part three of this multi-part series, Sen. Mike Gravel reads the Pentagon Papers during a Senate subcommittee hearing and the truth of what the U.S. was doing hit him hard.

This is Part 3 of Consortium News’ multi-part series on the 50th Anniversary of Sen. Mike Gravel obtaining the Pentagon Papers from Daniel Ellsberg and the consequences Gravel faced for revealing the top secret documents in Congress, just hours before the Supreme Court decided the case on June 30, 1971.

In Part One, Gravel brought the Papers to Capitol Hill to make them public by reading them into the Congressional Record.   Part Two tells the story of how Gravel got the Papers from Ellsberg.

Now I found myself reading those Papers, the glare of television cameras in my eyes, with midnight approaching and my emotions and exhaustion welling. I read from Chapter One:

“Ambivalence characterized U.S. policy during World War II, and was the root of much subsequent misunderstanding. On the one hand, the US repeatedly reassured the French that its colonial possessions would be returned to it after the war. On the other hand, the US broadly committed itself in the Atlantic Charter to support national self-determination, and President Roosevelt personally and vehemently advocated independence for Indochina.
FDR regarded Indochina as a flagrant example of onerous colonialism, which should be turned over to a trusteeship rather than returned to France. The President discussed this proposal with the Allies at the Cairo, Teheran, and Yalta Conferences and received the endorsement of Chiang Kai-shek and Stalin; Prime Minister Churchill demurred.”

Some scholars believed that, had FDR lived, there may have been no Vietnam War for either French or American troops. But the Pentagon Papers revealed, through access to State Department, Central Intelligence Agency and Defense Department classified material, that though Roosevelt “vehemently advocated” a trusteeship and ultimate post-war independence for Vietnam, Britain, which occupied Indochina after the war, would not allow it.

“Ultimately, U.S. policy was governed neither by the principles of the Atlantic Charter, nor by the President’s anti-colonialism but by the dictates of military strategy and by British intransigence on the colonial issue,” I read.

The Papers revealed the government had lied about the reasons for getting into the war, the reasons for expanding it, and the reasons for covering up what was already well known in government circles: that the Vietnam War was a stalemate the U.S. could not win. Despite this, the war dragged on with young Americans’ flesh being ripped apart in jungles and waves of innocent Vietnamese civilians perishing in American bombing raids.

I continued reading until visions of skin melting from Vietnamese children, of whole villages being mowed down as their pitiful grass huts were set ablaze with Zippo lighters, and of GIs bleeding through gauze while being hustled on stretchers into waiting helicopters, caused me to lose it. The tears came slowly at first. But they came. Dripping from my infused eyes, dotting the paper. I couldn’t wipe them off fast enough with a crumbled handkerchief. And I could not keep my composure. I put my face in my hands, sobbing. I could not believe what my America had become.

I put the Papers down after 1 a.m., and picked up the speech I had prepared to give on the Senate floor:

“We have spent lives and wealth without limit in pursuit of an unworthy goal, preserving our own power and prestige while laying waste the unfortunate lands of Southeast Asia. The greatest representative democracy the world has ever seen, the nation of Washington, Jefferson, and Lincoln, coln, has had its nose rubbed in the swamp by petty warlords, jealous generals, black marketeers, and grand-scale scale dope pushers.
And the war goes on. People are dying, arms and legs are severed and metal crashes through human bodies because of policy decisions conceived in secret and kept from the American ican people. Free and informed public debate is the source of our strength. Remove it and our democratic institutions become a sham … The American people … should not be expected to offer their support merely on the word of a President and his close advisors. Adopting that position, as many do today, demonstrates basic mistrust in collective wisdom.”

Read the rest at Consortium News