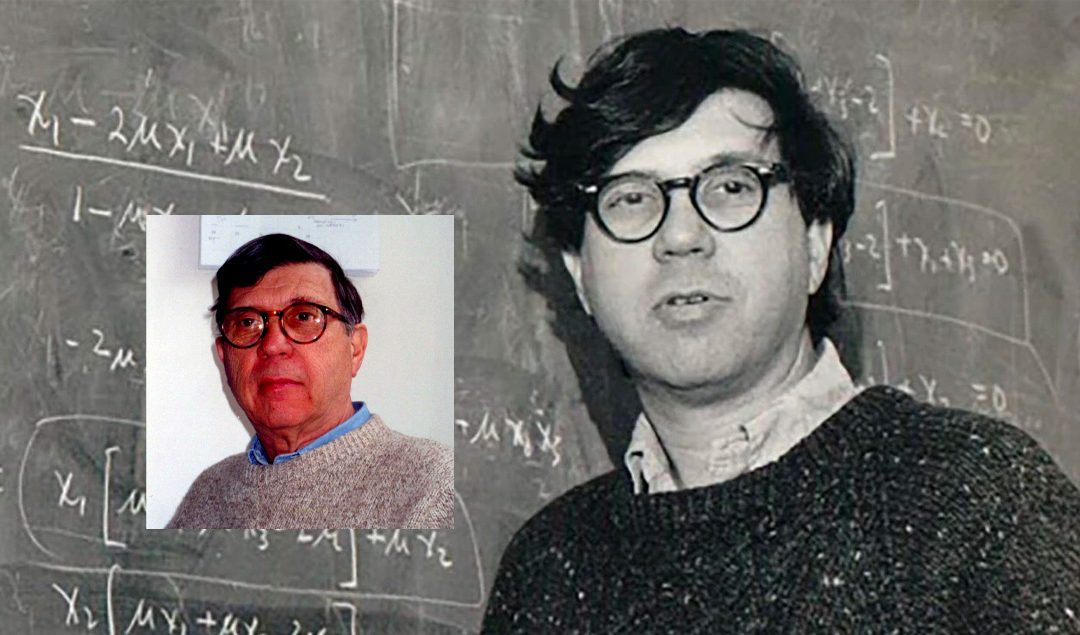 He demonstrated that differences in DNA between groups of people were far smaller than originally believed. He was also a noted opponent of aspects of sociobiology.

By Natalie Angier at the New York Times

Richard C. Lewontin, widely considered one of the most brilliant geneticists of the modern era and a prolific, elegant and often caustic writer who condemned the facile use of genetics and evolutionary biology to “explain” human nature, died on Sunday at his home in Cambridge, Mass. He was 92.

His son, Timothy, said that the cause was unknown, but that Dr. Lewontin had not been eating for some time.

Dr. Lewontin was a pioneer in the study of genetic variation among humans and other animals. Applying insights from mathematics and molecular biology, he radically advanced scientists’ understanding of the mechanisms of evolutionary change and overturned longstanding assumptions about differences among individuals, races and species.

A gleeful gadfly, he tirelessly attacked shibboleths about the primacy of DNA over nurture, culture and history in shaping complex behaviors.

Dr. Lewontin spent the bulk of his career at Harvard University. Many of his students and colleagues regarded him with an awe that tipped toward reverence, describing him as equally gifted at abstruse quantitative research, popular writing and public speaking; a Renaissance scholar who spoke fluent French, wrote treatises in Italian, worked with Buckminster Fuller on his geodesic domes and played chamber music on the clarinet with his pianist wife, Mary Jane. He was also a volunteer firefighter and a self-described Marxist who chopped his own wood.

Not everyone was enamored of Dr. Lewontin. He famously clashed with another eminence and literary light at Harvard: Edward O. Wilson, a founder of sociobiology, the field that seeks to trace the roots of behavior in evolution. Dr. Lewontin considered Dr. Wilson a naïve genetic determinist and once derided him as a “corpse in the elevator.”

Because the two men worked in the same building, elevators were in fact a problem. “If you happened to be in an elevator with Wilson and Lewontin together, it was a most uncomfortable ride,” said Jerry Coyne, an evolutionary biologist now at the University of Chicago who studied under Dr. Lewontin. “Here were these two Harvard professors who wouldn’t even look at each other.”

In fact, Dr. Lewontin seemed to relish a good intellectual skirmish from all comers. Describing his experience studying under the great evolutionary biologist Theodosius Dobzhansky, Dr. Lewontin once said: “He and I spent three years of my Ph.D. fighting with each other. He liked it, and I liked it.”

Dr. Lewontin’s barbs, however, struck some as excessively harsh, especially from his highly visible perch as a regular and stylistically irresistible contributor to The New York Review of Books and other elite publications.

“Dick was a complicated man,” the primatologist Sarah Blaffer Hrdy wrote in an email, “generous to his students, grossly unfair in his criticisms of Ed Wilson and the then-fledgling field of sociobiology.” Could this have had less to do with scientific specifics, Dr. Hrdy wondered, than with “plain old male-male competition?” To which Dr. Lewontin might well have pulled out his volunteer fireman’s hat: When it comes to the persistence of biological determinism, he wrote in 1994, no sooner has one fire been extinguished “by the cool stream of critical reason than another springs up down the street.”

That work upended existing notions that most genetic mutations are rare, harmful and soon swept from the breeding pool. The two men’s findings showed that, to the contrary, many different forms, or alleles, of the same genes can coexist indefinitely in wild populations of organisms, be they fruit flies, zebra finches, earthworms or zebras. The quest to understand the reasons for all this allelic variety, and to understand precisely how it is maintained over time, remain lively and often contentious fields of research today.

Dr. Lewontin’s scientific renown expanded further in 1972, when he published a groundbreaking analysis of genetic variability in humans. His report showed that while individual people might differ genetically from one another, the same was less true for human groups or human races.

Using what would now count as relatively crude genetic markers like blood groups, but pulling from a significant global database, Dr. Lewontin and his co-workers determined that the great bulk of human genetic variability, roughly 85 percent, could be found within a population of, say, Asians or Africans, while just 7 percent of the diversity might distinguish Asians from Africans from Caucasians.

“People had expected to find lots of genetic differences between groups,” Andrew Berry, a lecturer at Harvard who studied under Dr. Lewontin, said. “They thought that Asians and Africans had been isolated from each other for such a long time they must have acquired all sorts of bespoke mutations.”

Dr. Lewontin found something very different: a distinct lack of differences. On a basic genetic level, Asians and Africans, as well as other racial and ethnic groups, are remarkably alike.

“The message is, despite the superficial differences we see among groups — the shape of the nose, the color of hair or skin, humans are stunningly similar,” Dr. Berry said. “This meshes beautifully with subsequent work that showed humans are a young species that only recently radiated out of Africa.”

Subsequent in-depth studies of DNA sequences have generally confirmed the remarkable large-scale genetic homogeneity of humanity that the Lewontin study revealed half a century ago.

Dr. Lewontin’s political activism grew in parallel with his scientific renown. He protested vigorously against the war in Vietnam, and in 1971 he quit the esteemed National Academy of Sciences, charging the organization with sponsoring secret military research.

He clashed with Edward Teller, considered the father of the hydrogen bomb, at a meeting of the American Association for the Advancement of Science. He called Dr. Teller “a flunky of power” and derided his notion that science is somehow purer and nobler than other pursuits and should remain above the fray. “Science is a social activity just like being a policeman, a factory worker or a politician,” Dr. Lewontin said.

He was no fan of the massive federal Human Genome Project, which set out to map the entire sequence of human DNA, and he strongly objected to the notion that DNA is the “blueprint” for a human being. He considered the perpetual debate over race, I.Q. and heritability to be an irritating scam, a recrudescence of Nazi-inflected notions of eugenics and master races.

Even to begin to figure out how big a role genes played in intellectual life, he said, would require a large number of newborn infants to be raised in tightly controlled circumstances by caretakers who had no idea where the babies came from. “We should not be surprised that such a study has not been done,” he added.

Dr. Lewontin marveled at the perniciousness of sexism, including among his supposedly high-minded peers. “When speaking to academic audiences about the biological determination of social status, I have repeatedly tried the experiment of asking the crowd how many believe that blacks are genetically mentally inferior to whites,” he wrote in 1994.

“No one ever raises a hand,” he continued. “When I then ask how many believe that men are biologically superior to women in analytic and mathematical ability, there will always be a few volunteers. To admit publicly to outright biological racism is a strict taboo, but the avowal of biological sexism is tolerated as a minor foolishness.”