Richard Dudman, Reporter at Center of History’s Churn, Dies at 99 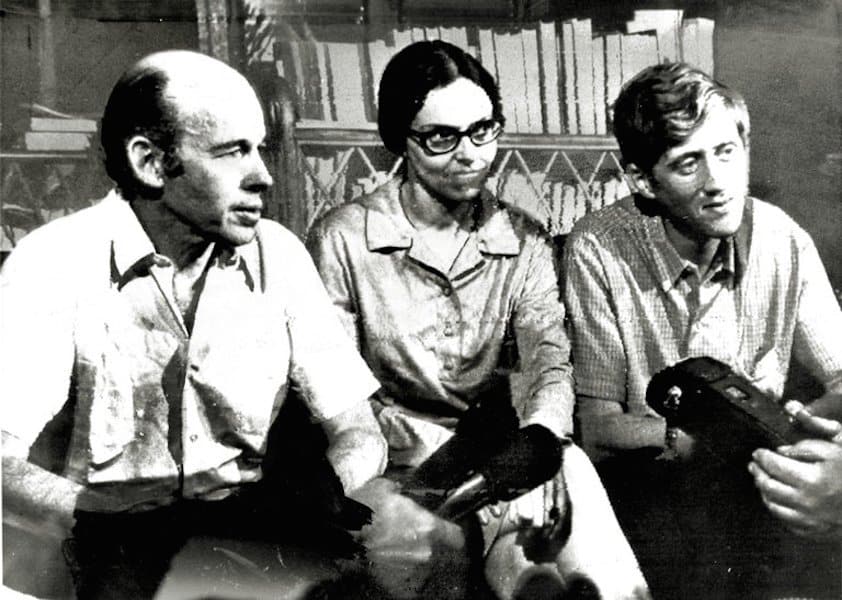 Richard Dudman, left, with Elizabeth Pond and Michael Morrow after they were freed from Vietcong captivity in Cambodia in 1970. CreditUnited Press International.

This article originally appeared at the NewYorkTimes.com.

Richard Dudman, a much-traveled reporter for The St. Louis Post-Dispatch who spent more than a month in captivity in Cambodia after being ambushed by Vietcong fighters and later survived an assassination attempt after meeting the Cambodian dictator Pol Pot, died on Thursday in Blue Hill, Me. He was 99.

The death was confirmed by his daughter, Iris Dudman.

Mr. Dudman’s career in journalism lasted more than three quarters of a century. He was in Dallas when President John F. Kennedy was assassinated and, after oversleeping and missing a flight back to Washington, dropped by the police station where Lee Harvey Oswald was being held and watched as he was gunned down by Jack Ruby.

He made his first reporting trip to South Vietnam in 1962 and, concluding early on that the war was a doomed enterprise, became one of the first American reporters to question the official narrative dispensed by military and government officials. In 1965, while preparing a series of pessimistic reports, he wrote to his colleague Marquis W. Childs, “The war is being lost, and in a hurry.”

As the Washington bureau chief for The Post-Dispatch, Mr. Dudman secured and published excerpts from the government’s classified history of the war, known as the Pentagon Papers, after the courts barred The New York Times and The Washington Post from printing any further material.

His taste for adventure occasionally led him down dangerous roads. In 1970, he and two colleagues, Elizabeth Pond of The Christian Science Monitor and Michael Morrow of Dispatch News Service International, tried to drive from Saigon to Phnom Penh to report on the developing covert war in Cambodia.

At a roadblock halfway between the border and Phnom Penh, three Vietcong fighters, brandishing assault rifles, emerged from the trees along the road and took the reporters captive, convinced that they were C.I.A. spies. Mr. Dudman turned to his colleagues and said, “If we get out of this alive, we’ll have a hell of a good story.”

A coolheaded Vietnamese general, Bay Cao, eventually intervened and ensured better treatment of the three prisoners — on Ho Chi Minh’s birthday, they enjoyed a feast of roast dog. After six weeks, Mr. Dudman and his colleagues were taken to a road and left to hitchhike back to Saigon. Mr. Dudman described his ordeal in “Forty Days With the Enemy,” published in 1971.

Cambodia had not finished with him. In 1978, he and Elizabeth Becker of The Washington Post and Malcolm Caldwell, a leftist Scottish economist, secured a meeting with Pol Pot, becoming the first Western writers to travel through Cambodia after the Khmer Rouge takeover in 1974.

“He spoke in a quiet monotone as we sweltered in tropical sunshine that flooded the room and brushed away the flies that buzzed around the orange juice,” Mr. Dudman wrote in The Post-Dispatch in 2015. “He spoke in Cambodian, Foreign Minister Ieng Sary put the Cambodian into French, and another official translated into English. Before getting to our questions, Pol Pot launched into a diatribe against the Vietnamese.”

He added, “We tried to break in with questions, but he ignored them and rolled right on.”

Mr. Dudman did manage to take one of the few known photographs of Pol Pot.

The following night, Mr. Dudman heard gunshots in the guesthouse where he and his colleagues were staying. Stepping out into the hallway, he faced an attacker, who began shooting at him with a pistol. Mr. Dudman dashed back into his room, dodging bullets, and hid behind his bed. 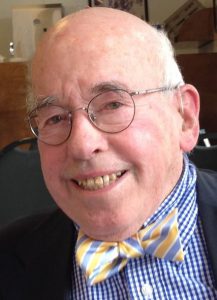 Two hours later, a Cambodian escort officer appeared. “He told me that Becker was safe but that Caldwell had been killed and I should view his body,” Mr. Dudman wrote in The Post-Dispatch in 1997. “The young terrorist was sprawled dead in the doorway. And Caldwell’s body lay on his bed with a gaping wound in his chest.”

The motivation for the attack, and the identity of the gunman and two accomplices, remained unknown.

Richard Beebe Dudman was born on May 3, 1918, in Centerville, Iowa, to Virgil Ernest Dudman, a gynecologist and obstetrician, and the former Wilma Beebe. The family moved to Portland, Ore., two years later.

Mr. Dudman enrolled in Stanford University with ideas of becoming a doctor, but lost his nerve when it came time to dissect a frog. He began reporting and taking photographs for The Stanford Daily and, on summer vacations in Northern California, worked for The Mercury-Register, in Oroville, a newspaper owned by his uncle.

After graduating in 1940 with a degree in economics and journalism, he joined the merchant marine, serving on a freighter that transported war matériel across the North Atlantic. In 1942, he enlisted in the Navy Reserves and spent four years on an armed supply ship that led convoys to Europe and North Africa.

He was hired as a reporter by The Denver Post and joined The Post-Dispatch in 1949. He reported from around the world for the newspaper and in 1954 was assigned to its Washington bureau. He became bureau chief in 1969 and held the position until retiring in 1981.

Mr. Dudman, desperate to get a piece of the story, chafed when The Times began printing excerpts from the Pentagon Papers in mid-June 1971. A chance meeting with the left-wing journalist I. F. Stone, a good friend, led him to Leonard Boudin, a radical lawyer and Mr. Stone’s brother-in-law, with whom Mr. Dudman had an inconclusive conversation.

“That same day, an anonymous caller said he understood I wanted a batch of the papers,” Mr. Dudman wrote in The Post-Dispatch in 1996. “He said I should send someone to Cambridge, Mass., to wait in a certain public phone booth at a certain time the next day for further instructions.”

Thomas W. Ottenad, the newspaper’s political reporter, flew to Cambridge, where, at the appointed phone booth, he was told to go to a second phone booth. There he received instructions to look under a stack of newspapers on a table on the upstairs back porch of a Cambridge rowhouse. There he uncovered a trove of classified material, which he, Mr. Dudman and James Deakin distilled in 38 articles. The newspaper published them the next day.

To Mr. Dudman’s annoyance, however, The Post-Dispatch, on the advice of its lawyers, held off publishing further material from the Pentagon Papers until the Supreme Court handed down a decision on the injunctions against The Times and The Post.

After retiring from The Post-Dispatch, Mr. Dudman continued to file special assignment stories. When his wife, the former Helen Sloane, bought two radio stations in Maine, he accompanied her to Ellsworth, intending to build boats.

Instead, he spent nine years as a managing editor of South-North News Service in Hanover N.H., editing copy from foreign correspondents. From 2000 to 2012, he wrote two editorials a week for The Bangor Daily News. In 1993, he was given the George Polk Career Award for his foreign reporting.

In addition to his daughter Iris and his wife, who was executive women’s editor of The Washington Post in the 1960s, he is survived by another daughter, Martha Tod Dudman, and four grandchildren.

Mr. Dudman’s last day on the job at The Post-Dispatch was eventful. Word came in that a gunman had shot Ronald Reagan outside the Washington Hilton, not far away from the newspaper’s offices. Like a racehorse hearing the bugle, Mr. Dudman ran out the door and up Connecticut Avenue, pen and notebook in hand. His story ran the next day.

He had a motto: “Reporter who sits on hot story gets ass burned.”