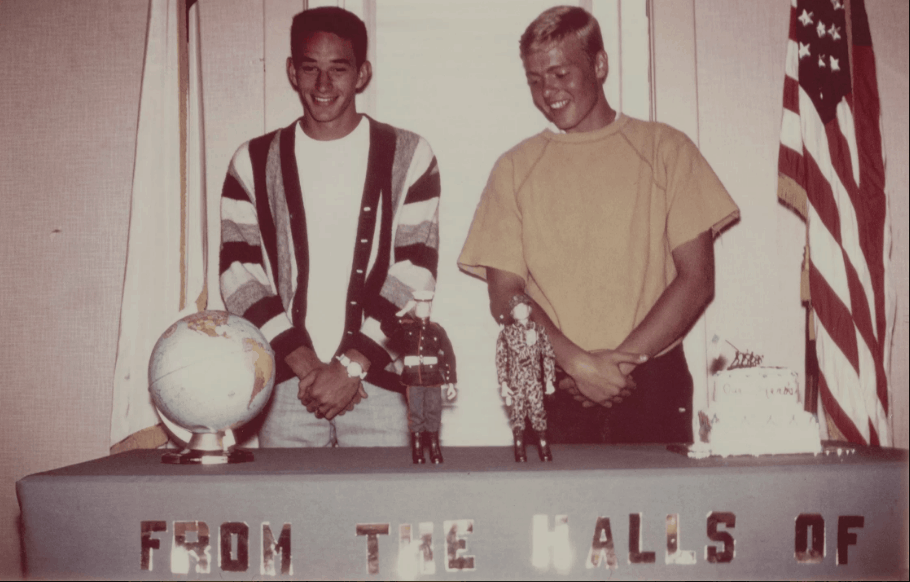 This article originally appeared at processhistory.org.

In this episode, the documentary focuses on a two-year period (1961–1963). First, however, Burns and Novick take us to 1967 and the terrifying experience of U.S. Marine John Musgrave who was sent out with two other soldiers from his base at Con Thien to set up an all-night “listening post.” Enemy soldiers came so close “you can hear them whispering to one another.” It was his scariest time in Vietnam and a half century later, Musgrave confides, he still needs a night light to fall asleep.

The out-of-sequence inclusion of this poignant anecdote is another reminder that U.S. veterans are the heart and soul of this project. Musgrave’s frequent appearances are worth tracking, in part because Ken Burns has said that if all except one of his interviews were stolen, he would most want to keep Musgrave’s.

Back in the episode’s stated time frame, we move from John F. Kennedy’s inauguration to his assassination. Along the way, we trace the gradual increase in the American military commitment to Vietnam from several hundred soldiers to some 16,000. JFK’s administration routinely deceived the American public by claiming that its troops were merely advising South Vietnamese forces, not engaging in bombing missions and ground patrols, and the film could have been more critical of the lying that would only grow worse with each administration. However, The Vietnam War does make clear that, despite the deceptions, JFK initiated almost all the military policies that, when magnified enormously under Lyndon Johnson, would be bitterly criticized: the bombing and napalming of South Vietnamese targets (including villages), the use of chemical defoliants like Agent Orange, the forced relocation of rural peasants, aggressive search-and-destroy missions, and an obsessive reliance on statistical measurements of “progress” like the infamous “body count.”

We also hear from some witnesses who were deeply critical of the indiscriminate use of firepower by U.S. and South Vietnamese forces. One of them, Tran Ngoc Chau, was himself an idealistic South Vietnamese official who believed that winning the political loyalty of the people was the only way to provide a worthy alternative to the communists. “If you kill the wrong man,” he says, you produce “ten enemies, and mostly they [the U.S. and the South Vietnamese militaries]killed the wrong man.” The point is echoed by a former Green Beret officer Robert Rheault, who says, “If you destroy a village, you’ve created a village of resistance.” Oddly, Rheault does not reappear in the episode that covers 1969–1970, a time when he became briefly famous as the Special Forces commander charged with ordering the execution of a Vietnamese double agent (the court-martial was shut down by the Nixon administration).

One of the most impressive segments of Episode 2 is about the battle of Ap Bac, a hint that the larger documentary will give serious attention to military history. The story of Ap Bac has been told well and at length in Neil Sheehan’s magisterial A Bright Shining Lie, and Sheehan offers commentary here as well, but the archival footage and photography is as stunning as you might expect from Florentine Films. Most of the images Burns and Novick use have not been seen in lots of other documentaries on the war. The battle of Ap Bac was significant, in part, because it proved to the Viet Cong that it could achieve success against sophisticated American technology and firepower, including helicopters (five of which were shot down by guerrilla forces). It also demonstrated the weakness and timidity of major portions of the South Vietnamese government and military. Equally important, the U.S. military command insisted, against all meaningful evidence, that the battle was a South Vietnamese victory.

A few months later, a Buddhist uprising would show just how deeply and widely South Vietnamese president Ngo Dinh Diem’s unpopularity ran among his people. President Kennedy soon gave the green light to a group of South Vietnamese military officers to overthrow the man the United States had supported for nine years. Kennedy was shocked that the junta ordered the murder of Diem and his brother Ngo Dinh Nhu. A few weeks later, JFK himself was assassinated. 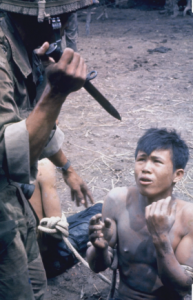 In some ways, “Riding the Tiger” is Neil Sheehan’s episode. Sheehan covered the war in the early 1960s as the UPI’s bureau chief in Saigon. He was then a great believer in the U.S. cause. His reporting never questioned the legitimacy of U.S. intervention, only the effectiveness of its policies. He is given this episode’s final words. As we look at images of napalm strikes and U.S.-backed troops intimidating Vietnamese villagers and prisoners, we hear him say, “We thought we were the exceptions to history, the Americans. History didn’t apply to us. We could never fight a bad war. We could never represent the wrong cause. We were Americans. Well, in Vietnam we proved that we were not an exception to history.”

These words stand as evidence that whatever “vaccine” Burns and Novick may have intended to produce in the form of this documentary, it does not completely omit some of the most searing critiques of the American War in Vietnam.

Christian G. Appy is a professor of history at the University of Massachusetts. His next post, about Episodes 3 and 4, will appear following the latter’s East Coast broadcast on Wednesday, September 20. He is the author of American Reckoning: The Vietnam War and Our National Identity (2015), Patriots: The Vietnam War Remembered from All Sides (2003), and Working-Class War: American Combat Soldiers and Vietnam (1993). He also serves as an OAH Distinguished Lecturer.