From colonialism to Covid: The rise of anti-Asian violence 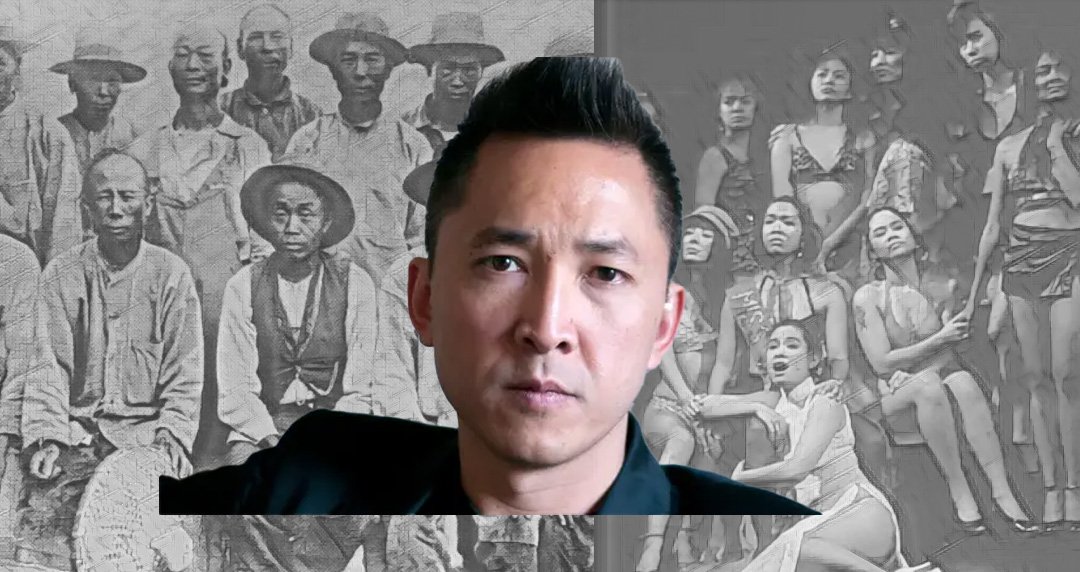 Anti-Asian racism is on the rise around the world. The Pulitzer-winning author reflects on his own experiences as a Vietnamese American – and the dark history that continues to fuel the current hate

by Viet Thanh Nguyen at the Guardian

On 16 March eight people were killed in Atlanta, Georgia, by a 21-year-old white man: all but one were women, and six were Asian. The shootings take their place in a much longer story of anti-Asian violence. The Covid pandemic has given us a particular insight into this phenomenon: verbal and physical assaults against Asians have accelerated in the US over the last year, with 3,800 documented incidents involving spitting, knifings, beatings, acid attacks – and murder. The majority of the victims have been women.

Though the Atlanta killings took place in Asian massage parlours, the shooter has said he did not target the women because of their race. Instead, he claimed to be a sex addict bent on “removing temptation”. Regardless of his denial – whether it is a lie or self-deception – it is obvious that he targeted these women because they were Asian. “Racism and sexism intersect,” says Nancy Wang Yuen, a sociology professor. This intersection has been a driving force in western attitudes towards Asia and Asian women, who are routinely hypersexualised and objectified in popular culture.

Ever since Puccini’s 1904 opera Madame Butterfly, which inspired the hit 1989 musical Miss Saigon, Asians have been portrayed in romantic terms as self-sacrificing women who prefer white men to Asian men, and who willingly die for the love of white men. A more brutal version of this orientalist fantasy is found in many American movies about the war in Vietnam. Perhaps the most striking example is Stanley Kubrick’s Full Metal Jacket of 1987. Young US Marines arriving in Vietnam are immediately greeted by a Vietnamese sex worker who sashays before them, saying: “Me so horny.” That line was turned into a massive hit by 2 Live Crew in 1989, and a generation of Asian American women would be subject to hearing it, along with “me love you long time”, over and over.

Underneath the sexual objectification of Asian women lurks something much more threatening, as Kubrick made clear by the end of the movie, when the Marines are picked off by a sniper. When they finally capture the shooter, they discover she is a Vietnamese teenager. The movie concludes with the Marines surrounding her, and though only one of them pulls the trigger, it is clear this is a gang killing. The Asian woman, who began as a sexual temptation, ends as a mortal threat that must be eliminated by young men trained in boot camp to march with their rifles on their shoulders while they clutch at their crotches, chanting: “This is my rifle, this is my gun, this is for fighting, this is for fun.”

My novel The Sympathizer is the story of “a spy, a sleeper, a spook, a man of two faces”, whose task in 1975 as a communist agent is to flee with the remnants of the South Vietnamese army to the US and undermine efforts to recapture Vietnam. In writing it, I too wanted to question noble fantasies of heroism and war, to show that they are inseparable from cruelty and hatred – to force the reader to see what patriots and politicians too often deny. My aim was to attack an American exceptionalism that pretends that it has nothing to do with European-style colonialism. But the US is a colonising country. The difference is that Americans call their colonialism “the American Dream”.

So when it comes to the American fetishisation of the Second Amendment, let’s destroy the myth that the right to bear arms is simply about fighting off tyrants real or imagined. As I wrote in The Sympathizer, “nothing was more American than wielding a gun and committing oneself to die for freedom and independence, unless it was wielding that gun to take away someone else’s freedom and independence.” How else to characterise the founding of the US, built on land stolen from Native peoples?

Bearing arms was crucial for European settlers in their violent colonisation of the so-called New World, and for American settlers as they conquered the west, all the way to California. According to the historian Richard Slotkin, American mythology casts white settler violence as “regenerative”, versus the “degenerative” violence of Native peoples, enslaved black people, and their descendants. In this mythology, a black man with a gun is a threat, even if it is only a 12-year-old black boy with a toy gun, as in the case of Tamir Rice, killed by police. A white man with a gun – coloniser, settler, cowboy, soldier, or cop – is a hero.

My parents and I fled from the war-torn Vietnam depicted by Kubrick and came to the US, where it did not take long for us to encounter guns. My parents opened a Vietnamese grocery store in San Jose, California, in the late 1970s, where they were shot in their store one Christmas Eve. Flesh wounds, fortunately. A few years later, a gunman pushed his way into our house and pointed a gun in all our faces. I remember that the barrel was thin and long. My father and I did as we were told and knelt. My mother saved us all by running past the gunman and into the street, screaming for help.

Read the rest at the Guardian