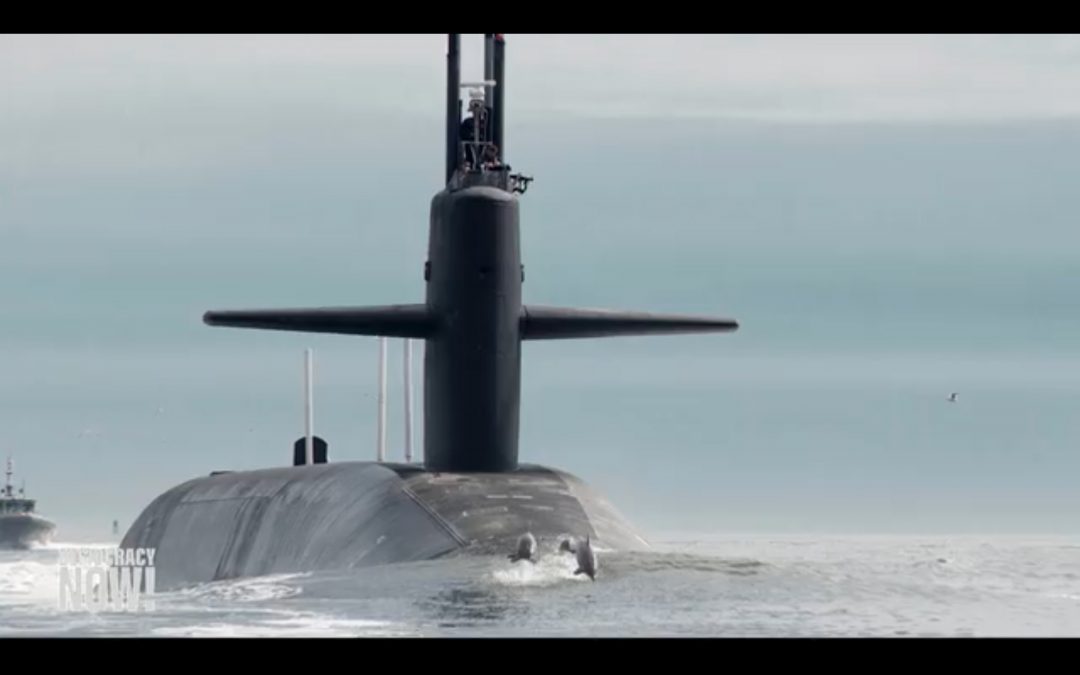 U.S. Deploys a New Nuclear Weapon for the First Time Since the Cold War

The Federation of American Scientists revealed in late January that the U.S. Navy had deployed for the first time a submarine armed with a low-yield Trident nuclear warhead. The USS Tennessee deployed from Kings Bay Submarine Base in Georgia in late 2019. The W76-2 warhead, which is facing criticism at home and abroad, is estimated to have about a third of the explosive power of the atomic bomb the U.S. dropped on Hiroshima. The International Campaign to Abolish Nuclear Weapons (ICAN) called the news “an alarming development that heightens the risk of nuclear war.” We’re joined by William Arkin, longtime reporter focused on military and nuclear policy, author of numerous books, including “Top Secret America: The Rise of the New American Security State.” He broke the story about the deployment of the new low-yield nuclear weapon in an article he co-wrote for Federation of American Scientists. He also recently wrote a cover piece for Newsweek titled “With a New Weapon in Donald Trump’s Hands, the Iran Crisis Risks Going Nuclear.” “What surprised me in my reporting … was a story that was just as important, if not more important, than what was going on in the political world,” Arkin says.

Watch the video and read the transcript of Amy Goodman’s interview with William Arkin.