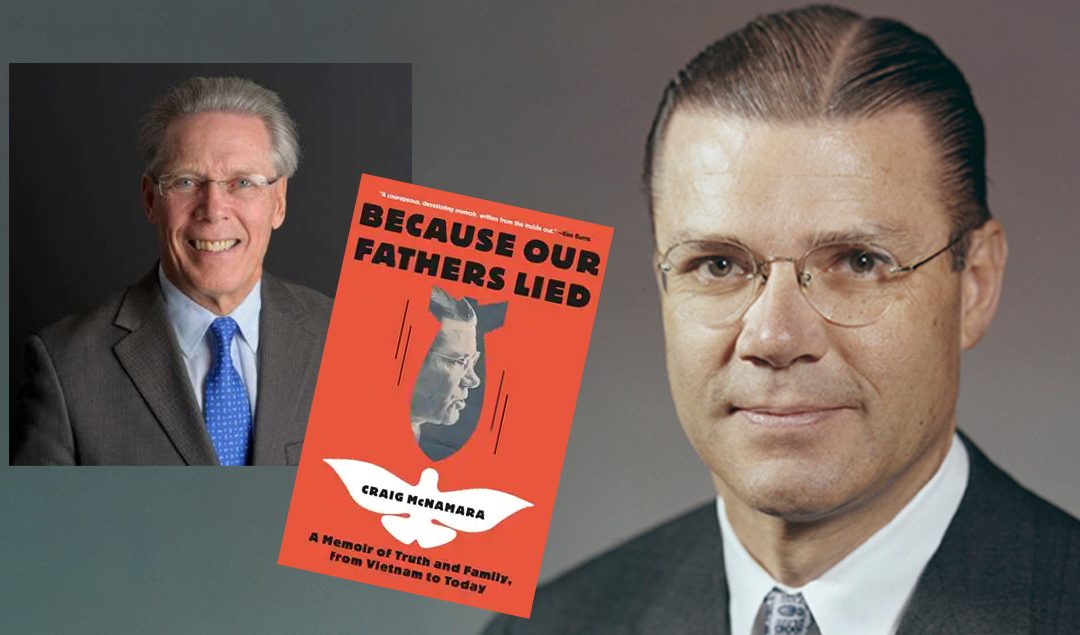 In 2015, Craig McNamara — the son of former defense secretary Robert McNamara — got in touch with Rich Rusk, son of former secretary of state Dean Rusk. They had a lot in common. Their fathers had been chief promulgators of the war in Vietnam. Both sons had opposed the war. Both loved their fathers desperately, although Rusk once refused to speak to his for 14 years. Both had gone off the grid for extended periods of time — Rusk, salmon fishing in Alaska; McNamara, traveling and, for years, subsistence farming in South America. They talked about visiting Vietnam together, but they never made it. On Jan. 28, 2018, Rusk killed himself by jumping off a bridge.

That Craig McNamara has survived, and thrived, and given us this staggering book, is something of a miracle. “My life has been a journey outward,” he writes in “Because Our Fathers Lied: A Memoir of Truth and Family, From Vietnam to Today.” “Maybe up, toward light.” It certainly was a struggle. Robert McNamara would have been a difficult father under the best of circumstances — loving and sometimes doting, but distant, unable and unwilling to talk to his son about his work, especially about the colossal tragedy he supervised in Vietnam. And about other, more personal things, too. This book is full of metaphors. One of the first comes early when Craig was a student at the exclusive St. Paul’s School outside Concord, N.H., in the mid-1960s. He was a great athlete but a lousy student. He suffered from dyslexia. He suffered from ulcers (as his mother did). A liberal friend decided to have a “teach-in” about the war in Vietnam. Craig wanted to support his father’s position. He called and asked his dad for information and leaflets. “Sure, Craigie. I’ll have my secretary get on it.” An uneasy silence ensued. “I remember his voice fading off. . . . I wonder what he was thinking during that silence. Was he envisioning his most recent trip to Saigon, punctuated by talk of body counts and defoliating napalm bombings? Was he wondering how to explain it all to his only son? Or was he holding his breath, waiting for the moment to pass?” Of course, no information or leaflets ever arrived.

Well before this memoir was written, Robert McNamara emerged as perhaps the most tortured figure of the Vietnam era. He had come to the Kennedy administration from the Ford Motor Company. He was notoriously brilliant and surrounded himself with a team of “Whiz Kids” at the Defense Department. He stayed on as Lyndon Johnson’s secretary of defense after John F. Kennedy was assassinated. He supervised the transformation of the Vietnam conflict from a small holding action against a communist rebellion into a full-scale war. Several months before Richard M. Nixon was elected president in 1968, McNamara left government and became president of the World Bank. Years later, he allowed himself to be interviewed at length for Errol Morris’s extraordinary documentary “The Fog of War.” He admitted he was wrong. He was, clearly, tortured by his role in that unthinkable American massacre. He suffered from depression by then.

There is an awkward, halting quality to Craig McNamara’s prose, which gives it credibility and power. Craig seemed to live much of his life in a state of shock. Terrible things happened to him, and, over and over again, he can’t remember his reaction. He wanted to ask his sisters, “How are we going to live, knowing what our dad has done?,” but he never did. The McNamaras were a Potemkin village of family bliss. His wife called the family attitude the “chipper gene.” There were elaborate ski and hiking and pack trips. Both Craig and his mom rubbed the old man’s sore back while he drove. His mother was a better athlete and lost to his father on purpose when playing tennis; after she died, Craig took over — and lost on purpose to his father. Apart from the years Craig spent in South America, the relationship never changed. They continued to go on ski trips together. “We had perfected the paradox of our relationship,” Craig writes. “Whenever we spoke and I asked him about Vietnam, he always deflected. There was never a big confrontation between us.”

The most lyrical passages in “Because Our Fathers Lied” are about farming. The love of the soil, which Craig learned in South America, saved his life. He married, had three children and bought a walnut farm in Northern California. “My dirty hands became more heavily calloused and my work boots quickly wore out,” he writes. “I was more exhausted than I had ever been and I was happy.” But there was a catch: His father provided the money to buy the farm; they became business partners. And Robert McNamara was an exacting partner. He called Craig most mornings at 4:45 but was interested in only one metric: how many walnuts were being harvested. The walnut body count. It was Vietnam all over again. There was no escape.

Robert McNamara rarely visited his son’s farm. He made no effort to know his grandchildren. Indeed, after Craig’s mother’s death from cancer in 1981, his father became even more distant and launched a vigorous social life with a series of women. He eventually remarried someone whom Craig will not even name. When Robert McNamara died, this woman put all the family possessions — all of them — up for auction. Craig spent $100,000 for a silver calendar of the Cuban missile crisis, a gift from Jacqueline Kennedy. But the real stunner was the chairs — the chairs McNamara used in Cabinet meetings, a gift from Kennedy and Johnson. They were bought by a gallery owner and then donated to a Vietnamese artist named Danh Vo. Danh “dismantled the chairs, pulling out the horsehair-and-cotton stuffing.” The various disaggregated pieces of chair were mounted and displayed. “Seeing Danh’s work had freed me from the burden of the chairs,” Craig writes. And so a final metaphor: We can tear apart the past, study its entrails, gain a certain understanding of it, but we can’t put it back in proper order. The atrocity can’t be undone. 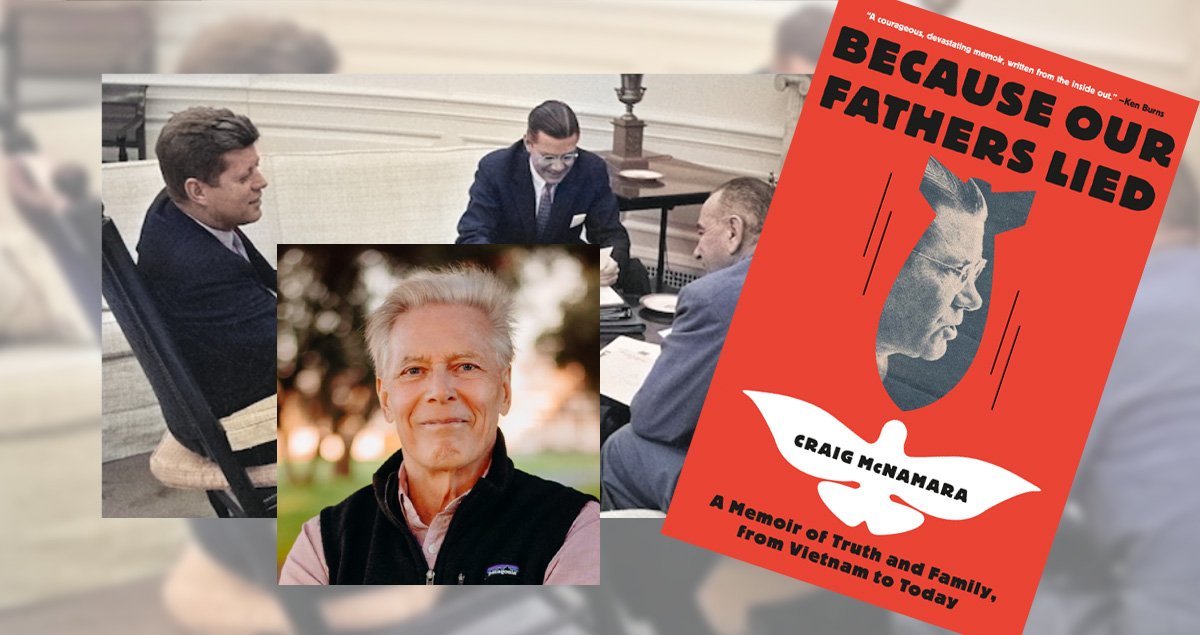