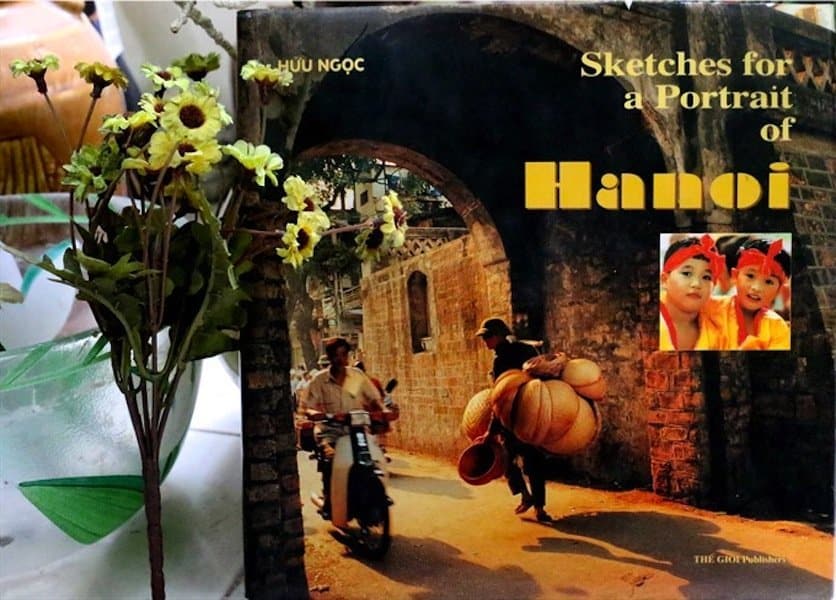 International audience: Ngọc’s book Sketches for a Portrait of Hà Nội has attracted the interest of many readers including foreigners. Photos Đoàn Tùng

This article originally appeared at vietnamnews.vn.

Hữu Ngọc was born and raised in Hà Nội, but it wasn’t until he left the city in 1946 to join the national resistance war against the French that he realised just how much he loved his hometown.

“When eating these foods daily, we could think them characterless. But when living far away, we understand their value,” the cultural scholar says.

While he could return to Hà Nội to savour his favourite foods after the war was over, he fears that today the wars, market economy, and exposure to western culture are polluting Vietnamese traditional villages.

Since his first extended trip outside the capital, he has dedicated his life to celebrating and preserving Vietnamese culture so that locals and foreigners will fight to protect it before it’s too late.

His many books depicting the history of Hà Nội in foreign languages such as English, French, German and Chinese help foreign friends learn more about the country’s capital. 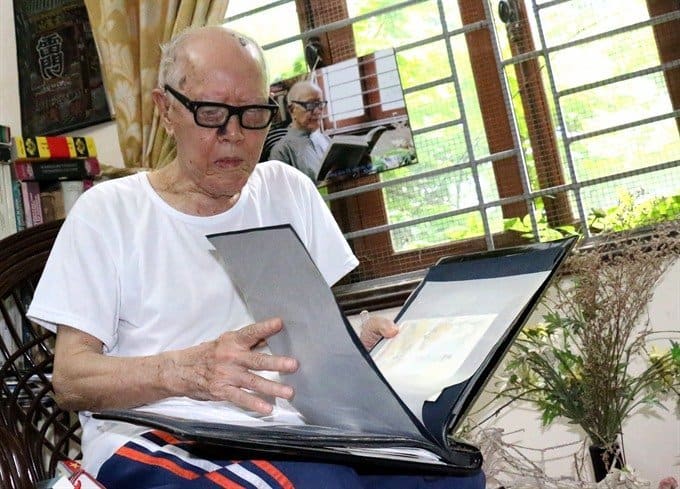 Wisdom of age: At the age of 100, Ngọc still has a sound mind and invests nearly all of his time in work.

Over the course of his career, he wrote 34 books and was the editor-in-chief of three magazines in French and English and director of the Foreign Languages Publishing House.

Now, the famous scholar and cultural researcher is among 10 individuals to be awarded the title “Outstanding Citizen of Hà Nội 2018”, in recognition of his contributions to the country’s research on culture, his profound love of Hà Nội and particularly his work to bring Vietnamese culture to the world and bring world cultures to Việt Nam.

The event’s grand ceremony was held in Hà Nội on Tuesday, capping the career of the centenarian.

Though he is a scholar-warrior devoted to Vietnamese culture, he sees preservation as a key part of development and international integration, rather than a contradiction.

“To be developed, we should open doors to welcome world cultures to access new and interesting things, but we should not do so carelessly because we could lose our national identity,” he says. “On the other hand, we should popularize our culture to the world.”

His works about Hà Nội in foreign languges include My Hà Nội;  Hà Nội, Who Are You; and Sketches for a Portrait of Hà Nội Culture, the last of which was used as a gift for world leaders attending the Francophone Summit in Hà Nội in 1997.

In his work My Hà Nội, he leads readers through a “symphony of streets”, to tour the city’s scenic and historial spots and learn its culture.

He has won high praise from fellow scholars, writers and artists. 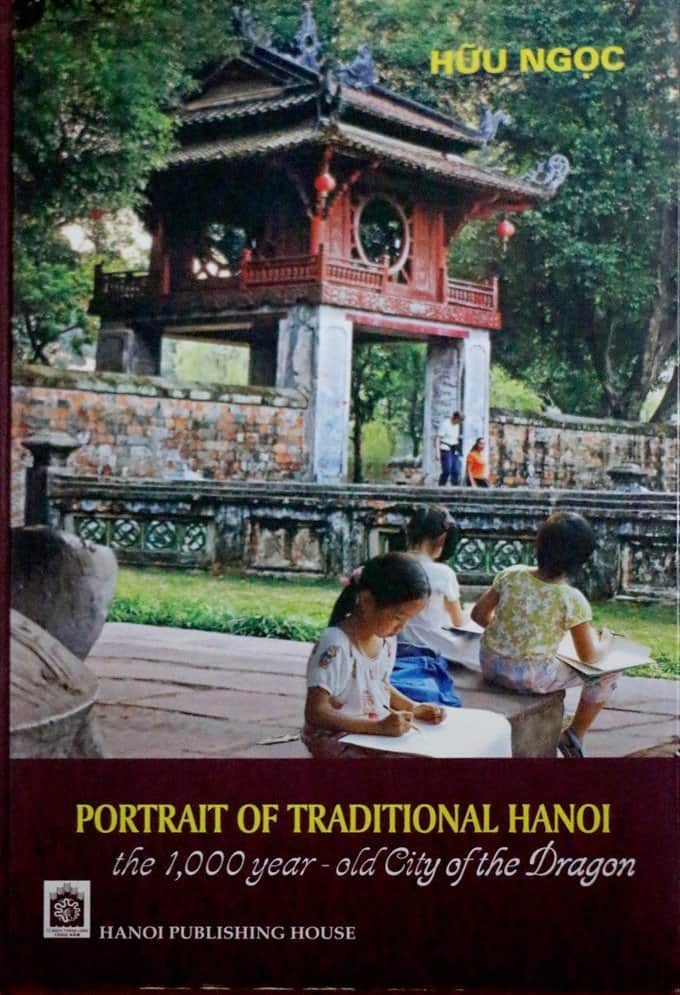 Poet Bằng Việt, chairman of the Hà Nội Union of Arts and Literature Associations, says, “Ngọc is a great culturist; he exports Vietnamese culture to the world by popularizing and introducing Vietnamese people, their lifestyle and traditional customs and habits to foreigners. He has many major works to contribute to Hà Nội.”

As a result, Ngọc was awarded the Bùi Xuân Phái Prize for the Love of Hà Nội last year. The prize, carrying the name of famous painter Phái, aims to encourage writers, artists and researchers to respect Hà Nội while also encouraging people to protect and preserve Hà Nôi’s natural and beautiful charms.

The prize acknowledged Ngọc’s great contributions to the capital, says Bằng Việt, chairman of the prize jury board then.

His career as a journalist and cultural researcher began seven decades ago, almost by chance.

After the World War Two, the French colonialists returned to Việt Nam. Ngọc joined the resistance force and at the age of 30 became the editor-in-chief of the French language paperL’Etincelle (1948-49) to call on French troops to stop fighting and support the Vietnamese people’s war of resistance.

After the Điện Biên Phủ victory in 1954, peace returned to North Việt Nam, he began doing research on culture, writing articles and books in foreign languages.

Not only are his books beautiful documents of the city he loves, they also encourage readers and community members to fight to protect cultural heritage as Việt Nam develops, grows and deepens its connections with the rest of the world.

His book Wandering Through Vietnamese Culture, for example,tells the story of Đường Lâm Village, which the author regards as a model for preservation. The people there are working to preserve its ancient customs and habits, and Ngọc hails them as heroes for protecting Vietnamese culture. 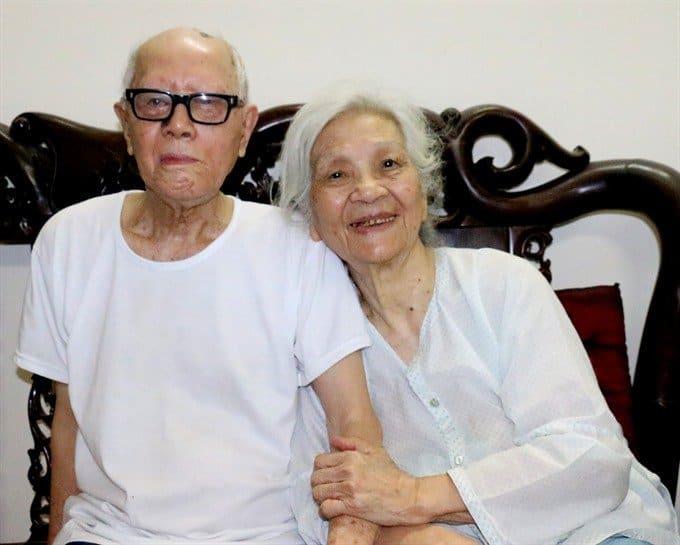 The book has won many prizes, including the GADIF Prize by Ambassadors and the Francophone agency in Hà Nội.

Since retiring, he has been invited hundreds of times to talk about Việt Nam’s culture for more than 20,000 listeners including Kings and Queens of Sweden and Norway, Brazil’s president, university professors from many countries and others.

Ngọc was a chairman of the Sweden-Việt Nam and Denmark-Việt Nam Funds for Culture for more than 20 years in an effort to develop and preserve the Vietnamese culture.

Nearing age 100, he still goes to work by xe ôm ( motorbike taxi) to the Thế Giới Publishing House as an advisor or talks with foreign guests at his home.

Ngọc’s most recent work, published in 2016, Tradition and Change, edited by Lady Borton and Elizabeth F. Collins of Ohio University, immediately received a great welcome from local and world readers.

“Việt Nam: Tradition and Change shimmers with Hữu Ngọc’s thoughtful reflections and insights. The collection is designed for students in introductory classes and for other readers interested in Việt Nam. I hope they will also fall in love with the rich cultural heritage of the people and nation that is Việt Nam,” says Collins.

Apart from his books, he has invested nearly 20 years of time to write articles for the Vietnam News Agency’s French and English publications, Le Courrier du Vietnam and Việt Nam News.

To recognise his contributions, the State of Việt Nam conferred on him the Army Exploit Order and the Independence Order. The Swedish Government awarded him the Northern Star Order; the French Government honoured him with the Order of Academic Palms.

And he has at least one more great honour in the pipeline: Ngọc will celebrate his 100th birthday on December 22 this year. An early happy birthday to him! VNS