Suicide Rate Among Veterans Has Risen Sharply Since 2001 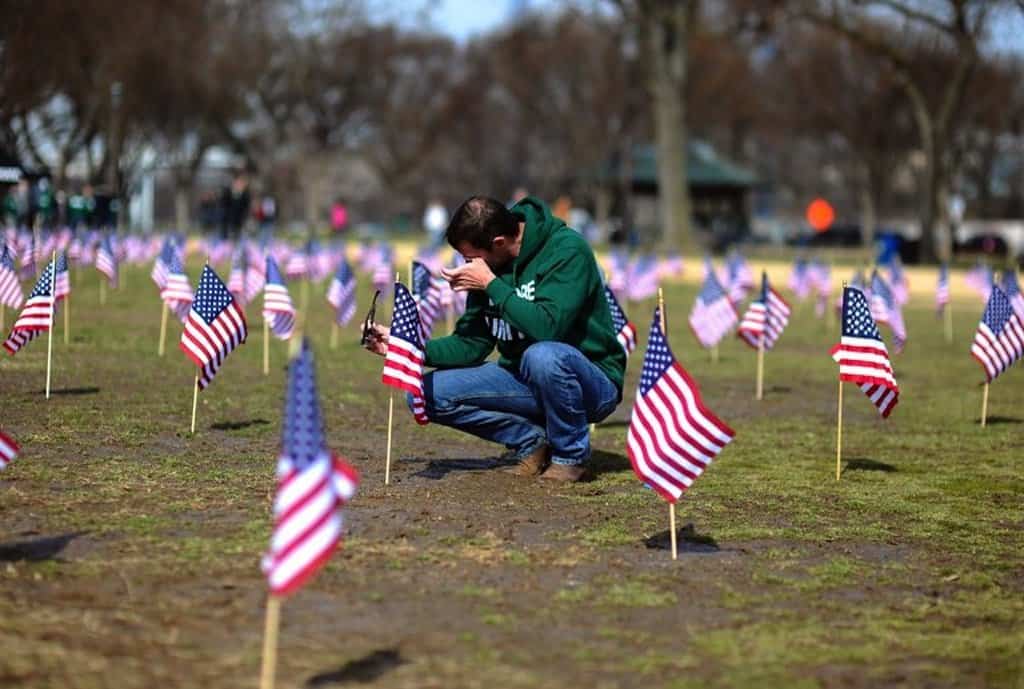 This article originally appeared the NYTimes.com

The Department of Veterans Affairs released key findings Thursday of a recently completed study examining the death records of more than 55 million veterans from 1979 to 2014 from every state. The study provides for the first time a clear picture of an issue that has been a top concern of the Pentagon and the White house. Previous estimates relied only on three million death records from 20 states, not including the four largest, and depended on self-reporting of veteran status on death certificates.

“This isn’t an estimate, this is the answer,” Dr. David J. Shulkin, the department’s undersecretary for health, said Thursday.

Dr. Shulkin said rates had increased across all age groups, but the rise among young veterans was “by far the highest.”

Women were also disproportionately hit. Though female veterans commit suicide at lower rates than their male colleagues, those younger than 30 are more than six times as likely to take their own lives than women in the civilian world. The agency’s suicide prevention experts have suggested that the higher rate is partly because female veterans, who gained familiarity with firearms during service, use guns much more often in suicide attempts than civilian women.

A bill in Congress would require the V.A. to create better treatment options specifically geared toward women.

The increasing rate across all veterans is part of a nationwide rise in suicides. Since 2001, the adult civilian suicide rate has increased 23 percent.

Dr. Shulkin said data on the connection between deaths and combat experience was not yet available but would be when the final study is released at the end of July.

The new data creates a foundation on which researchers can explore crucial questions, such as who is at greatest risk and when.

Earlier efforts to answer such questions relied on compiling state death certificates, where family members voluntarily listed whether the deceased was a veteran.

This probably led to an undercounting of veteran suicides, said Michael Schoenbaum, an epidemiologist for the National Institute of Mental Health who was not involved in the study.

“I think the undercounting would be especially high among certain populations we might not automatically identify as veterans, like women,” he said.

The V.A. has rolled out an array of suicide prevention efforts in recent years, increasing mental health staff, expanding its suicide crisis hotline, and creating programs to try to ensure same-day treatment for veterans who walk in with urgent mental health needs.

This fall, it will give its doctors access to the country’s first predictive modeling database, which tracks hundreds of factors among patients to determine which veterans are at highest risk of suicide.

For years, smaller groups of veterans, including some war-torn combat units, have had much higher rates of suicide but have been largely overlooked by the military and the V.A.

The department is working with the military to contact some veterans who have recently left the service but are not using the veterans’ health care system — a time when studies have shown veterans are at particularly high risk.

“Too many people are falling through the cracks between active service and when they get to the V.A.,” Dr. Shulkin said, adding, “Stay tuned for active interventions.”

But Mr. Schoenbaum cautioned that the two populations were too different to draw the conclusion that the department’s health care was the cause of lower rates.

In announcing the findings, the department highlighted an update to a prominent but essentially meaningless statistic that has been used repeatedly by the department, politicians, celebrities, and veterans groups to express the urgency of the problem: The number of veterans who die from suicide per day.

In 2012 the veterans agency estimated 22 veterans died per day by suicide. The most recent estimate brought the number down to 20 per day.

“It is not a helpful number,” said Rajeev Ramchand, an epidemiologist who studies suicide for the RAND Corporation, echoing the sentiments of a number of researchers in the field. “It doesn’t tell us anything. People should stop using it.”

He said the new, lower figure could lead the public to believe suicide risk is declining. Actually the suicide rate is increasing, but the total number of veterans is declining because World War II and Korean War veterans die of old age.

That leads to a lower number of suicides per day, even though the risk is higher.

Dr. Shulkin said that the V.A. was not trying to be misleading or play down increasing rates, but he wanted to make sure the deaths-per-day statistic, even if of limited worth, was corrected. “The number 22 has become so ingrained in peoples’ vocabulary,” he said. “Since so many people care about veterans in this country, I don’t want people to have an inaccurate number; that’s why we did that.”