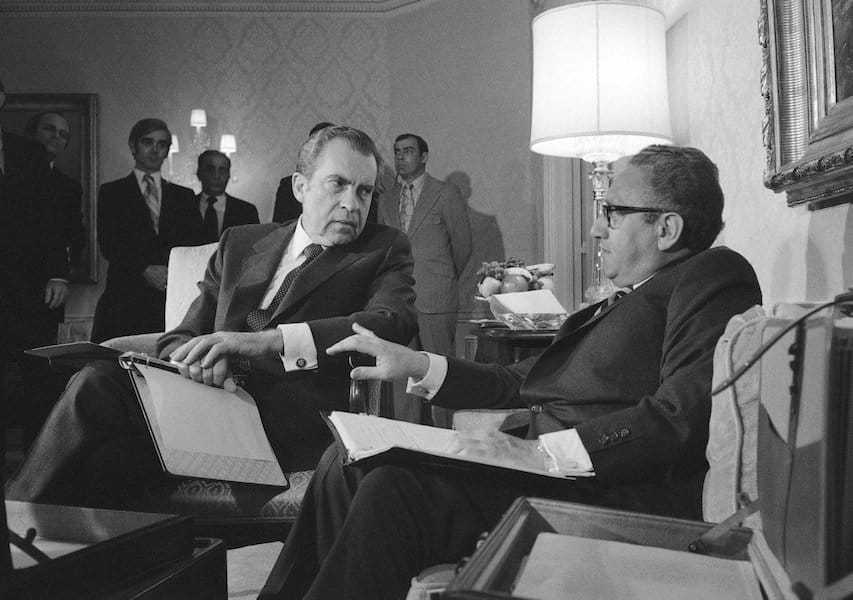 This article originally appeared at the washingtonpost.com.

Max Hastings’s “Vietnam: An Epic Tragedy, 1945-1975” reads like a gripping work of fiction. The storyline is as fluid as it is riveting, and the main characters are finely delineated. Part political, part social and part oral history, the book advances that events unfolding in Vietnam after World War II constituted predominantly an Asian tragedy “upon which a US nightmare was overlaid.” Consistent with that theme, Hastings endeavors to relate the Vietnamese perspective, underscoring the roles played by leaders and combatants from both North and South. The suffering and losses endured by civilians are vividly illustrated, humanizing them to a degree few accounts have.

A former foreign correspondent who covered the Vietnam War and went on to become a prolific and award-winning chronicler of the two world wars, Hastings offers compelling interpretations. On the matter of the Indochina War (1946-54), he laments that it was France’s “misfortune to be governed and commanded by men burdened with the humiliations of the previous decade and thus constrained in every decision by a yearning to restore national honor.” Concerns about prestige and credibility similarly consumed U.S. decision-makers later. In fact, Hastings notes, the fundamental flaw in Washington’s Vietnam policy was its roots in the vagaries of domestic politics instead of the sensible assessment of Vietnamese aspirations.

America’s war in Vietnam was largely Defense Secretary Robert McNamara’s progeny. By the early 1960s, his office had become a “dynamo room” for waging and escalating the Cold War. Impatient for aggressive action in Vietnam, the secretary misled and even lied to his boss as he relentlessly called for committing U.S. ground forces in the South and bombing the North. Other senior officials dissented, most notable among them Undersecretary of State George Ball, but President Lyndon Johnson ignored them.

To Hastings, American shortcomings in Vietnam were not a result of Johnson’s failure to call up the reserves, though that contributed to a precipitous decline in U.S. combat performance and morale by the late 1960s. Neither were they the fault of the U.S. commander in Vietnam, Gen. William Westmoreland. “It seems . . . unlikely that Sherman, Patton, or even Ridgway would have done better,” Hastings writes. The United States failed because the strategy devised by the White House was predicated on false premises about the domino theory and Asian communism.

President John Kennedy’s decision to support the coup against South Vietnamese President Ngo Dinh Diem in November 1963 was particularly debilitating, dealing as it did a crippling, “irretrievable” blow to America’s moral standing in the region. The communist Tet Offensive of 1968, whose repercussions in the United States effectively invalidated major battlefield victories, sealed the fate of the Americans and their allies. Thereafter, “the outcome that was no longer plausible was North Vietnam’s defeat.”

Hastings finds abhorrent the abject refusal of President Richard Nixon and national security adviser Henry Kissinger to recognize the latter reality. Unnecessarily sacrificing 21,000 additional American lives and countless more Vietnamese ones to serve military and diplomatic initiatives that benefitted nothing except Nixon’s political interests was criminal, he alleges. Hastings dismisses the fact that Nixon emulated French President Charles de Gaulle in his pursuit of “peace with honor.” As de Gaulle had done with Algeria, Nixon took four years to extricate his country from an unwinnable war to avoid a loss of national credibility so great as to compromise its standing in the world.

Hastings rightly identifies veteran revolutionary fighter Le Duan, and not the more eminent Ho Chi Minh, as North Vietnam’s paramount leader during the American war. Quite astutely, he also says that considering the size of the U.S. intelligence apparatus at the time, it is extraordinary how little Washington knew about its enemies. But then Hastings falls into the trap of essentialism, egregiously reducing Hanoi policymakers to narrow, ugly caricatures bordering on travesties. Savagery was their principal weapon and cruelty their most defining quality, he opines. Ho’s own ruthlessness was absolute; Gen. Vo Nguyen Giap’s matched only by his excessive vanity. They and others reveled in barbarically murdering people. Their “fundamentally inhumane totalitarian regime” relied on a network of executioners and torturers to make tyranny prevail. Fear of the regime, Hastings suggests, was the average Notherner’s only motivation, a proposition so hyperbolic as to be preposterous.

The assessment of Southern leaders and combatants is no less galling. According to Hastings, they were as inept as Northerners were cruel. Diem was prone to “follies and cruelties” and utterly oblivious to the needs and wants of his people, “a dead donkey if there ever was one.” His and successive governments were so corrupt, bungling and repressive as to be totally ineffectual, just like their armed forces, which also had no will to fight unless alongside Americans. The contrast between the two armies could not have been greater, Hastings stresses. While U.S. helicopter pilots “would famously risk all” to evacuate battlefield casualties, their South Vietnamese counterparts sold seats to unwounded fugitives. Such reductionist generalizations fly in the face of the latest, archive-based scholarship on the Saigon regime and its soldiers, airmen and marines. In fact, a critical flaw of the book is its failure to seriously engage the ever-expanding documentary record on the Vietnam wars. In at least one instance, Hastings references a document cited elsewhere without crediting that source.

As all this suggests, Hastings opted to sacrifice scholarly rigor for the sake of sensationalist retelling. Gratuitously graphic descriptions of massacres and other atrocities permeate the narrative, as do references to eviscerations, beheadings, live burials, corpse mutilations and stonings (!). Goriness aside, were Vietnamese really so poor that couples owned only a single pair of trousers, which husband and wife had to take turns wearing? Does feeding live ducklings to snakes at the Saigon Zoo justify labeling Vietnamese “unspeakably barbaric to animals”? Did the neighboring Lao actually “giggle” their way through decades of war and famine?

Hastings leaves his readers with the impression that the 30-year tragedy endured by the Vietnamese after 1945 was largely self-inflicted. Neither Hanoi nor Saigon deserved to win, he asserts, and it was the misfortune of innocent people on both sides of the 17th parallel to “fall into the hands of cruel and incompetent governments.” Luckily for them, Hastings insists, after losing the war militarily, the Americans won the peace economically and culturally. Possibly, that is par for the course for such a “primitive” Asian land — a pejorative he uses more than once. But that is doubtful. The United States and other foreign powers should not be so easily exonerated for the agony the Vietnamese had to bear.

For many of the wrong reasons, some readers will love this book. And that is tragic, too.