The Pentagon Papers at 50: A NY Times Special Report 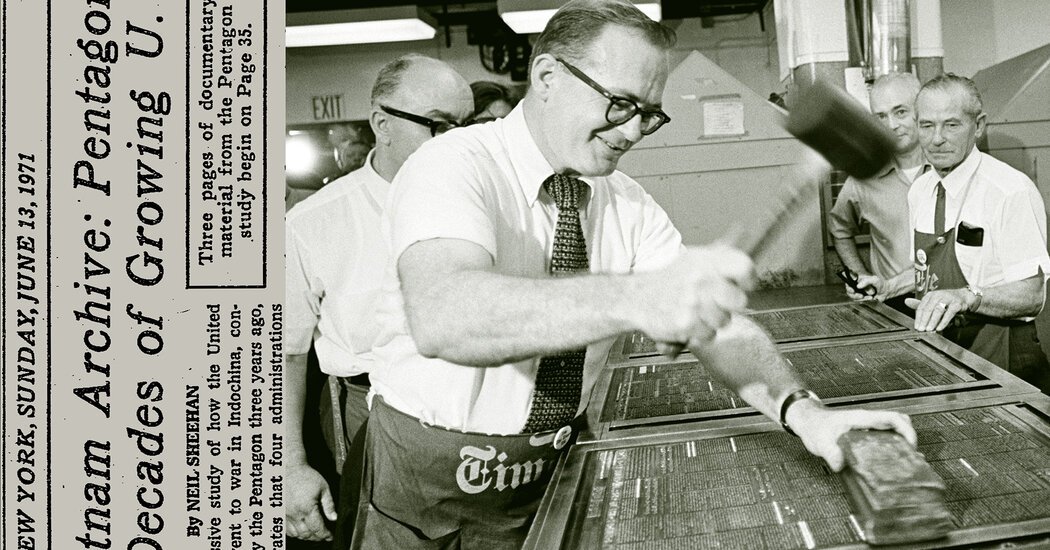 ‘We’re Going to Publish’: An Oral History of the Pentagon Papers

Secret hotel rooms, stolen classified documents and the bombshell scoop that exposed the lies behind the Vietnam War and led to a landmark Supreme Court decision.

by Brian Gallagher, Jennifer Harlan, and Janny Scott at the New York Times

In Vietnam, the Pentagon Papers Are History Written by the Defeated

The Vietnamese have released no equivalent to the papers, but they have relied heavily on the originals.

The Pentagon Papers may have been all over the front pages of U.S. newspapers 50 years ago, but they were barely noticed in Hanoi. Communist leaders were too busy fighting their war in the present to look at its history.

Besides, the contents of the papers only served to confirm their longstanding notions.

By the time “Vietnam Archive: Pentagon Study Traces Three Decades of Growing U.S. Involvement” appeared on the front page of The New York Times on June 13, 1971, the North Vietnamese government had been claiming for years that American military involvement was illegitimate.

“What shocked Americans at the time was nothing new to the Vietnamese,” said Dr. Vu Minh Hoang, a historian at Fulbright University Vietnam in Ho Chi Minh City.

Read the rest at: