The People VS. Agent Orange 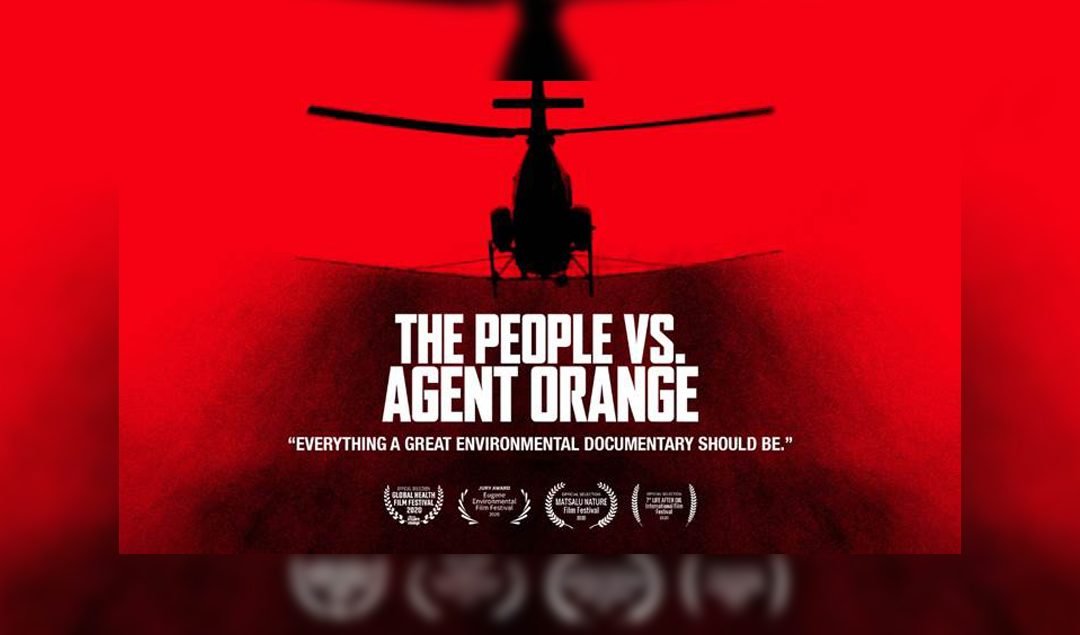 New film streaming today through independent theaters across the US

The film The People VS. Agent Orange tells the story of Agent Orange’s long lasting legacy on human health and the environment through the lives of two women who have been fighting for decades for their right not to be poisoned. There are about 40 US theaters through which you can stream the film. At the moment it is not available outside the US but we are working on that now.

Tran To Nga, a French-Vietnamese woman, was exposed to the Agent Orange during the American war in Vietnam. She is currently suing Dow, Monsanto/Bayer and some of the other producers of the dioxin contaminated herbicide in French court for compensation for the health issues she has since developed and for the health impacts on her children. The case was heard in France at the end of January and the court’s decision is due in May.

Carol Van Strum and her community fought against the use of 2,4,5-T and 2,4-D, the herbicides that made up Agent Orange, in the State forests around her home in Oregon in the 1970s. Even though the US military had banned the use of 2,4,5-T in Vietnam the US EPA still allowed it to be sprayed in the forests of Oregon, the Pacific Northwest and elsewhere until 1979 when it was deregulated. The fight in Oregon continues against the use 2,4-D and other herbicides around the community’s water reservoir.

The film also addresses the impact of Agent Orange on veterans, children of veterans and the Vietnamese whose health continues to be compromised by this toxic legacy of the war.

Since the film can not cover all of the aspects of Agent Orange and issues such as the impacts of war on the environment and human health, WLP is working with organizations across the US to coordinate webinar discussions/Q&As that go into more details about some issues the film raises. We are building a library of such events on our website and the film’s website.

These discussions include: a roundtable on March 18th in collaboration with the University of Dayton’s Human Rights Center, another in San Francisco on March 25th in collaboration with Veterans for Peace and World Beyond War, a Q&A in Oregon with community rights activists, and a discussion still in the works with UCLA Law which is working with a group called Stop Ecocide that is trying to make Ecocide a crime against humanity at the ICC.

Susan Hammond is the Executive Director of the War Legacies Project Inc., based in Chester, Vermont.