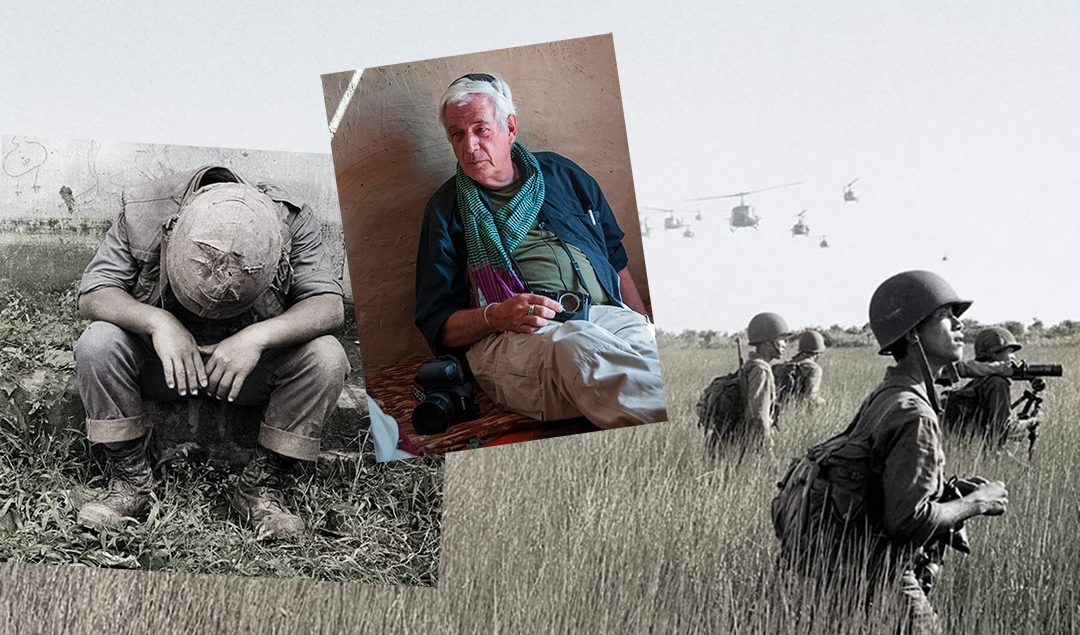 Fearless and free-spirited, he pushed the boundaries of life and photography, recording intimate images of combat that helped shift the course of the war.

by Seth Mydans at the New York Times

Tim Page, one of the pre-eminent photographers of the Vietnam War, known as much for his larger-than-life personality as for his intense and powerful combat photographs, died on Wednesday at his home in New South Wales, Australia. He was 78.

His death, from liver cancer, was confirmed by his longtime partner, Marianne Harris.

A freelancer and a free spirit whose Vietnam pictures appeared in publications around the world in the 1960s, Mr. Page was seriously wounded four times, most severely when a piece of shrapnel took a chunk out of his brain and sent him into months of recovery and rehabilitation.

Mr. Page was one of the most vivid personalities among a corps of Vietnam photographers whose images helped shape the course of the war. He was a model for the crazed, stoned photographer played by Dennis Hopper in Francis Ford Coppola’s “Apocalypse Now.”

Michael Herr, in his book “Dispatches” (1977), called him the most extravagant of the “wigged-out crazies” in Vietnam and noted that he “liked to augment his field gear with freak paraphernalia, scarves and beads.”

In a 2016 essay in The Guardian newspaper, Mr. Page described his “band of brothers” as “a hard core of photographers, writers and a few TV folks that were regulars in the field who understood the fear and the horror, yet who could still groove on its edge.”

In “The Vietnam War: An Eyewitness History” (1992), Sanford Wexler wrote, “Page was known as a photographer who would go anywhere, fly in anything, snap the shutter under any conditions, and when hit go at it again in bandages.”

In his later years, Mr. Page was as thoughtful as he had been flamboyant, and as articulate about the personal costs of war as he had been about its thrills.

“I don’t think anybody who goes through anything like war ever comes out intact,” he said in an interview with The New York Times in 2010.