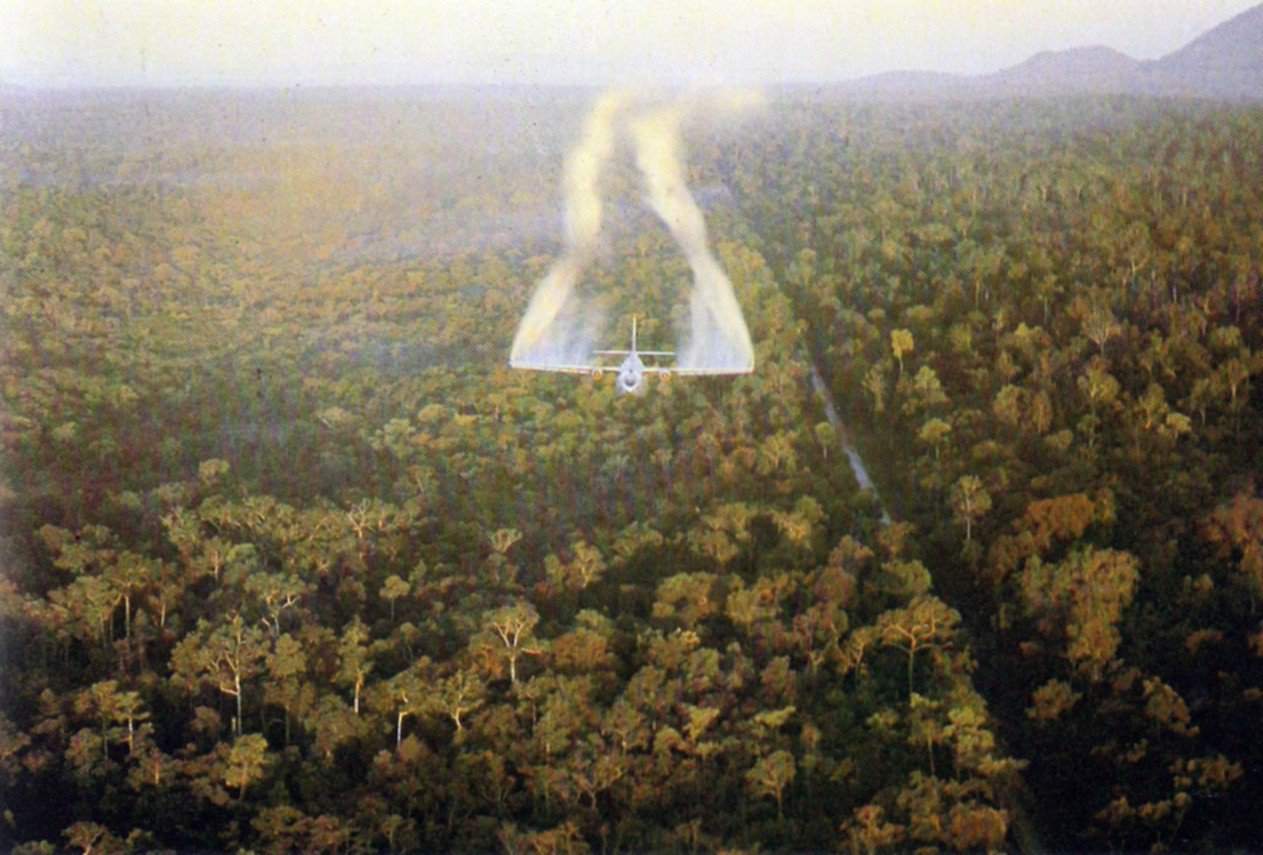 RE: Monsanto Grant to Room to Read in Vietnam:

I understand the pressure that non-profits are under to raise funds, especially when for such an excellent cause as yours.  Working as hard and successfully as you do to provide early-education opportunities to our world’s youth is one of the highest callings I can think of, and you do it very well.  However, none of us operate in a value-neutral environment; and it is imperative that we maintain certain minimum standards.  The story I just read in Tuoi Tre News (http://tuoitrenews.vn/society/25460/us-agencies-offer-150000-to-improve-gender-equality-education-among-vietnamese-farmers-children ) prompts me to suggest that you have allowed yours to slip a bit.  I expect (hope) that you at least discussed the negatives that any grant Monsanto offers brings with it.  But, whatever discussion you had on the subject, in my opinion you made the wrong decision.

Let me explain why:

During the Vietnam War (full disclosure: I am a veteran of that war, having spent 18 months running around i​n​ its defoliated jungles and poisoned rice paddies as a Marine infantryman), Monsanto, Dow, and about 30 other chemical companies manufactured 15 different defoliants for our military’s use in the largest chemical warfare operation in history.  More than 1/8th of South Vietnam’s land was sprayed from the air or ground at least once, killing 1/5 of their jungles and destroying 1/3 of their mangrove forests.  The program was started in 1961 and ended in 1971—10 years.  While the mangrove forests have almost completely recovered, the jungles never will.  Equally horrific, several of the defoliants (Agents Orange, Purple, Green, and Pink) were contaminated with dioxin.  Dioxin is one of the most toxic chemicals ever discovered.  According to the World Health Organization, it can cause cancer and death in animals in concentrations as little as 3-10 parts per TRILLION (ppt).  It is quite likely that the same concentrations can also harm or kill humans.  Studies by Stellman and others estimated that 4.8 million persons were exposed to Agent Orange (the stand-in term for all of the herbicides since it was 60% of the total volume sprayed). The Vietnamese estimate that 3,000,000 of their citizens suffer health effects due to their own or their parents’ exposure to Agent Orange (AO).

Note that dioxin was not part of the herbicides, but an unnecessary byproduct created when the batch-cooking process was sped up, causing incomplete reactions in the constituent chemicals and creating the dioxin contaminant.  Monsanto and Dow learned very early in the spraying program (1965 at the very latest, and well before the spray missions peaked) that the chemicals were contaminated with dioxin, but failed to notify the government or public.  Apparently, the money was just too good.  The US Government had issued an open purchase order for as much of the herbicides as the chemical companies could supply, so they were intent on pumping out more product.  To do that they shortened the reaction time from 10 hours to 45 minutes by raising the batch temperature.   A New York Times article at the beginning of 1968 revealed that there would be shortages that year for domestically available herbicides and other industrial chemicals because so much capacity was diverted to make herbicides for the war.

After the war, many Vietnam veterans became ill from a variety of diseases that made no sense given their ages or health histories, and many children of veterans were born with serious or deadly defects.  In 1979 a class-action lawsuit was filed by several veterans against Dow and Monsanto for the illnesses they thought were caused by their exposure to AO. The suit settled for $180 million in 1984, and any Vietnam veteran who was ill from presumed AO-related illnesses could file for a single-payment compensation.  No veteran who filed got more than about $5,600 from the settlement, and most got far less.  The lawyers, of course, took a giant chunk, and the fund was depleted within 10 years.  As part of the out-of-court settlement, the judge promised Dow and Monsanto that they would not have to face any further liability for future claims.

Subsequently, Congressional action forced the VA to study illness thought to be AO related.  Over the years scientific studies commissioned by the VA from the Institute of Medicine have found sufficient evidence of an association between 15 diseases and veterans’ exposures that the VA now compensates an estimated 350,000-400,000 Vietnam veterans for those diseases to the tune of many billions of dollars each year.  Note that it is the US taxpayers through the VA that pays for the damaged health of our veterans, NOT Monsanto.  They walked away.

In 1994, a group of Vietnamese brought a class-action suit against Monsanto, Dow and the other companies for assistance with the AO-related diseases suffered by people in Vietnam, and nearly simultaneously, two other suits were brought by Vietnam veterans sick with AO-related diseases, but who were not ill while the 1984 settlement money was available.  Under strong pressure from Dow and Monsanto, the federal courts threw all of the suits out, and the Supreme Court refused to hear the case—effectively ending any possible avenues in court for veterans or Vietnamese to force the chemical companies to take even a modicum of responsibility for their part in the ecological assault on Vietnam and the damaged health of Vietnamese and US Veterans whose AO-related illnesses had a long latency.   Again, Monsanto walked, this time for good. Other than purchasing immunity in 1994—while denying responsibility—they have never lifted a finger to help mitigate the damage Agent Orange did and continues to do in Vietnam or to US veterans and their children.

In current times, Monsanto has invested heavily in genetically modified organism (GMO) crops that are clearly better for their profit margins than for improving agricultural output or eliminating agricultural pests.  A cursory investigation on your part will show how the uncontrolled rush to GMO’s is at best a mixed bag, with many dangers ahead, and that Monsanto is the most aggressive purveyor of such crops in the world—damn the concerns or consequences.  Unfortunately, their full-court press on Vietnam has convinced (or bought) them permission to hawk their GMO wares in Vietnam—a very disturbing development in a country that had been so severely damaged by Monsanto’s Agent Orange.  It is a terrible development that the Vietnamese, desperate for rapid development has allowed these crooks back in.

Now, in an effort to mitigate their mafia-level and tobacco-company-level approval rating around the world, Monsanto has thrown out a couple of pennies in the form of the $150,000 grant to Room To Read, then shamelessly pumped it for public relations exposure.   Moreover, they are claiming that it will magically improve the educational opportunities to 60,000(!!!) poor Vietnamese children, AND scholarships to 175 Vietnamese girls!  Even if we ignore the costs of the 175 scholarships, the $150,000 will allocate only $2.50 per child for reading assistance.  This is a scandalous inflation of the potential of this grant, and an unconscionable attempt at whitewashing their morally bankrupt business practices and their well-earned billing as the most despised corporation in the world.

I am a board member of a non-profit charity myself.  As I said at the beginning of this note, I am fully aware how difficult it is to raise funds and secure grants to further your good work.   It is hard to turn down money.  However, looking at your annual reports, I see that you took in more than $41,000,000 in donations in 2013.  My own charity has a much smaller budget, but about 10 years ago we turned down a similar-sized grant from a tobacco company on the grounds that we did not want to be in the position of helping clean the reputation of a corporation that has contributed to the deaths of millions of people.  I am not engaging in hyperbole when I put Monsanto in the same class of criminality.

I urge you to return Monsanto’s penny-ante donation and issue a public statement as to why.  I will be happy to assist you with your research into the issues I raise, and the assertions I make here.   And please respond to my appeal.