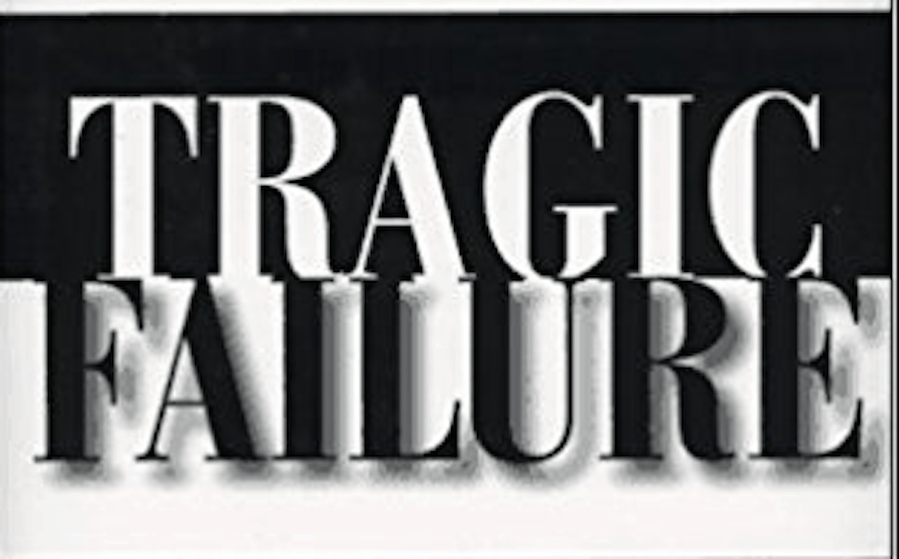 This article originally appeared at chriskockmedia.com.

By Christopher Koch, who in 1965 became the first American reporter to visit North Vietnam

There is so much to love about this series. The uncompromising scenes of combat, the voices of both Americans and Vietnamese, the historical context, the exposure of the utter incompetence of our military leaders, the terrific music that is frequently exactly where it should be, the slowly revealed powerful still images and Peter Coyotes’ wonderful narrative voice. Its tragic failure is its inability to hold anyone responsible for their actions.

Burns and Novick tell us that the war was begun “in good faith by decent people out of fateful misunderstandings, American overconfidence and …” whatever the current threat. That’s probably true of most wars. However, as we used to teach our children, you have to be accountable for your actions. If you kill someone speeding the wrong way down a one way street you’ll get charged with manslaughter even if you’re rushing someone to the hospital.

It’s the lack of accountability, the failure to prosecute those who lied to get us into the war, who encouraged battlefield tactics that resulted in the massacre of women and children, who authorized the indiscriminate bombing of civilian targets, who drenched Vietnam in chemical poisons that will cause birth defects and death for generation.

In order to maintain this central lie, Burns and Novick must establish a false balance between good and evil on both sides. Every time the United States is shown doing something bad, Burns and Novick show us how the Vietnamese also did bad things. In one absurd example, Coyote intones something like, “we called them ‘Dinks,’ ‘Gooks,’ ‘Mamasans;’ they called us ‘invaders’ and ‘imperialists.’” The GI terms are dehumanizing, but the Vietnamese terms are accurate. People who cross 3,000 miles of ocean to attack a country that has done them no harm, are accurately called ‘invaders.’ I suppose you could argue about the ‘imperialist’ charge.

Vietnamese soldiers killed some 58,000 Americans and wounded a couple of hundred thousand more. Buns and Novick put the number of Vietnamese we killed at 3 million, but most experts say it was more like 4 million and Vietnam says its 6 million, with more people continuing to die from unexploded ordinance and Agent Orange. We destroyed 60% of their villages, sprayed 21 million gallons of lethal poisons, imposed free fire zones (a euphemism for genocide) on 75% of South Vietnam. They attacked US military bases in their country and never killed an American on American soil. There are no equivalences here.

Burns and Novick do a good job of explaining that the United States worked with Ho Chi Minh during World War II and that Ho hoped to get our support after the war. They do not mention that having friendly relations with Communist countries was a successful strategy we used with Yugoslavia, because although it was Communist, Yugoslavia was also independent and a thorn in the Soviet Union’s side. Any minimal understanding of Vietnam’s history would have identified Vietnam’s fiercely independent streak. Intelligent leaders (anyone with half a brain) would have adopted the Yugoslav strategy in Vietnam.

This brings us to another central problem of the Burns and Novick series, Leslie Gelb’s smiling recollection (he looks so smug) that nobody knew anything about Vietnam and didn’t for several years. In fact, throughout the series, many people say “we should have known better.” Is ignorance really a good excuse for launching a brutal war and the war crimes that followed? Unmentioned is how easy it was to gather information on Vietnam. French historians and journalists had studied every aspect of the country and its culture during and after their defeat in the French Indo China war. Much of this material had been translated into English. That’s how I figured out in 1965 that we were going to lose the war in Vietnam.

Burns and Novick fail to mention my trip to North Vietnam in 1965 nor any of the other trips to North Vietnam by members of the American peace movement such as Tom Hayden, Staughton Lynd and Herbert Aptheker who went in January 1966 and members of Women’s Strike for Peace who went later. They only show us Jane Fonda’s trip in 1972, when she broadcast to US troops asking them to stop the bombing and was photographed sitting in an anti-aircraft gun. No one else who went to North Vietnam did either of these things.

Our earlier trips to North Vietnam were important, because we were the only Americans to witness the destruction being rained down on North Vietnam. Burns’ documentary shows lots of aerial shots of bombs and napalm going off (Mussolini’s son called them rosebuds blooming in the desert when he attack Ethiopia) but very few shots of the bomb’s effects on the ground in North Vietnam. We hear talk of precision bombing, but those of us who traveled to North Vietnam observed hospitals, schools, churches, markets, and working class neighborhoods utterly destroyed. And this was ten years before the war ended!

The Burns’ documentary doesn’t show us the makeshift hospitals with children and old people without arms and legs or suffering from horrendous burns, all victims of American bombing attacks. The documentary focuses our compassion on the American pilots who dropped the bombs.

In fact, the only heroes in Ken Burns’ Vietnam are American GI’s. Almost everyone else is their enemy: the Vietnamese they fought, the officers whose absurd strategy sent them to their deaths, and the American peace movement that struggled to end the war and bring them home. Burns and Novick portray the peace movement in the worst possible terms. In at least three places, they have moving sound bites about how returning soldiers were spit on or in other ways disrespected. It’s a false memory, at least in any general sense. They couldn’t find any visual support, no signs about baby killers, because it didn’t happen, or happened extremely rarely.

To me, this is the central flaw of Burns and Novick’s film, their failure to deal truthfully and equally with the peace movement. Six million Americans took part in the anti-war effort (only 2.7 million Americans served as soldiers). Everyone I knew in the peace movement honored the veterans and wanted justice for them. They studied books, took part in teach-ins, and watched newsreels. But Burns and Novick, with a couple of notable exceptions, characterize the peace movement as uninformed, chaotic, disrespectful, self absorbed and violent. At one point, they intercut 1969 pictures of kids at Woodstock wallowing in great music with soldiers fighting in Vietnam. What was that supposed to mean?

The kids who refused to go (many out of righteous opposition), who fled into exile in Canada or Sweden, or who, like boxer Muhammad Ali lost his right to fight for three years, or the Fort Hood 3 who went to prison, or the professors and journalists who lost their jobs, the protestors beaten by riled up construction workers, Martin Luther King who went public with his opposition in 1967, the priests who raided draft offices and burned their records, Alice Hertz and two other Americans who burned themselves to death in honor of the Buddhist monks who did the same in South Vietnam protesting our puppet regime – these are not worth profiling, all tinged by the same brush, they are the bad guys who disrespected our troops and went violent. What a wonderful authoritarian message that gives to viewers. Don’t protest an evil war or your country’s war crimes.

The only heroes in Burns and Novick’s Vietnam are American servicemen and I am thrilled to see them finally recognized for what they went through. We have moving back stories of their homes, their motives for joining, their families waiting for them.

None of the six million participants in the American peace movement gets similar treatment. The same is true, incidentally, of the Vietnamese. While the sound bites are great, there are no Vietnamese back stories either.

Without the peace movement, there is no moral center to this series. The lack of accountability is fatal. That an American general can watch from a helicopter the massacre at Mai Lai (as the films tells us) and suffer no consequences is sickening. If military courts had aggressively prosecuted violators of human rights, or even if we only had held detailed and accurate reconciliations where the truth came out, there would have been a chance that our reckless invasions of Iraq with its policy of torture and the invasion of Afghanistan would not have followed so easily. When people are held accountable for their actions, perpetrators of questionable violent acts think twice.

Last week on NPR an American general in Afghanistan announced that we are not trying to occupy territory in Afghanistan, we are simply trying to kill terrorists. Here, again, is the same rationale of the body count that led to disaster in Vietnam. We are reliving the Vietnam War because no one was ever really held responsible for its horrors.

The moral center of the Vietnam War was held by those who opposed it. Several people I’ve talked to say the series is depressing. I had the same feeling of despair at the end. Burns and Novick suggest Vietnam’s a tragedy. It’s not. In tragedy a powerful human makes a terrible mistake and suffers the consequences. No one suffered any consequences for Vietnam. Burns and Novick assure us that even if people did wrong, they didn’t mean to. America is still the shining city on the hill and we can do no wrong.