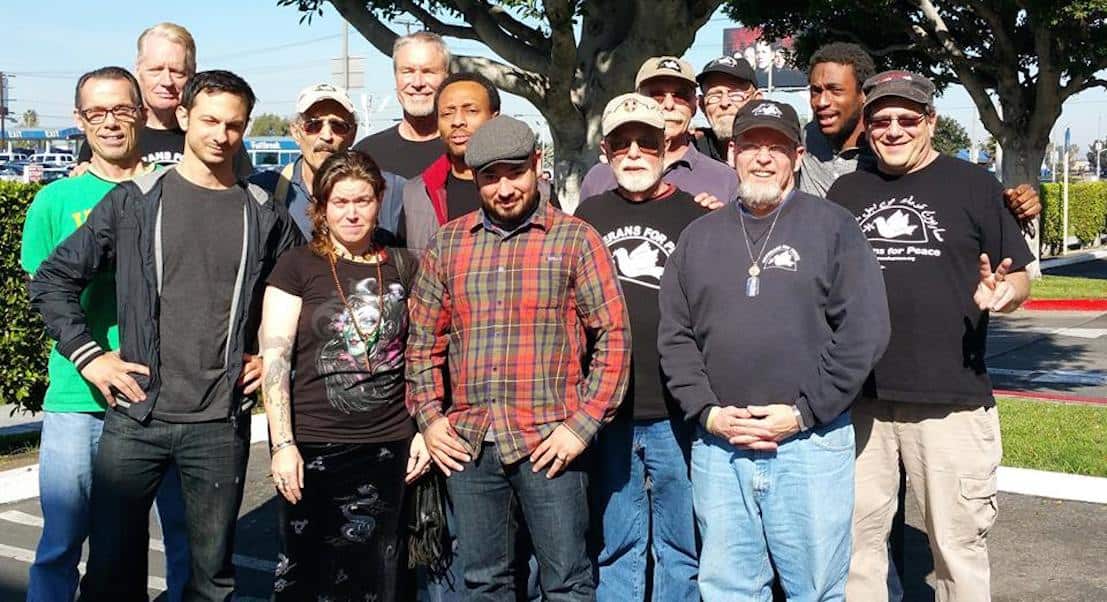 A lot of people have written about what a sweet, loving, determined, and genuinely good person John was. These qualities are surely part of what made John such an endearing and effective political actor. I want to focus on some of his other qualities, which haven’t received as much attention and are just as crucial to building an effective peace movement.

John was a great connector of people. In my case, he connected me to Veterans For Peace, the Orange County Peace Coalition, and to the web maven for the Full Disclosure Campaign (for an Honest Commemoration of the Vietnam War). He did all this effortlessly and generously. I became one of many who were part of John’s network. He could talk to pacifists, militants, hippies, church people, rural people, furniture makers and people of color with sincere solidarity. For the 2014 Asheville VFP convention, he met with Cherokee elders who welcomed VFPers to their traditional lands. He pulled together the multiple strands of the North Carolina peace movement. These connections were not happenstance, but represented John’s well-honed sense of how to bring people in, focus people’s strengths to bear on important work, and build unity among diverse forces and organizations. His open-ness resonated, welcoming people and putting them to work. John had strong principles, but was no sectarian, understanding that peoples’ strengths and weaknesses were often interconnected. And that almost everyone had a useful niche and role to play.

On long-distance drives to the mountains or DC, John would inform me about who was doing what where. He understood that sharing information, contacts, perspectives would build our movement and also help others understand the multiple perspectives of different constituencies. He was able to work effectively with people others found difficult and I was sometimes relieved to hear the occasional complaint. The point of his complaining was not to demean, but to get underneath the many contradictions that divide us and limit our effectiveness.

I will miss our bi-monthly lunches. In the past few years, after some prodding, he would list his many maladies and confess that he should have paid them closer attention sooner. We shared the inevitable health conversations that open up most conversations between old codgers. But then we would get to the latest scoops; plot how to get people out of their isolated silos, and in particular try to figure out how to better connect the struggle for peace to the struggle for racial justice.

So let’s remember John’s friendly disposition, his low-key determination, and long-term dedication. But let us not forget his exemplary political skills in leading our movement, deepening our consciousness, and broadening our base. All of him needs to be celebrated, emulated and built upon.