Under Trump’s Presidency, Military Vets and Troops Have Been ‘Losers’ 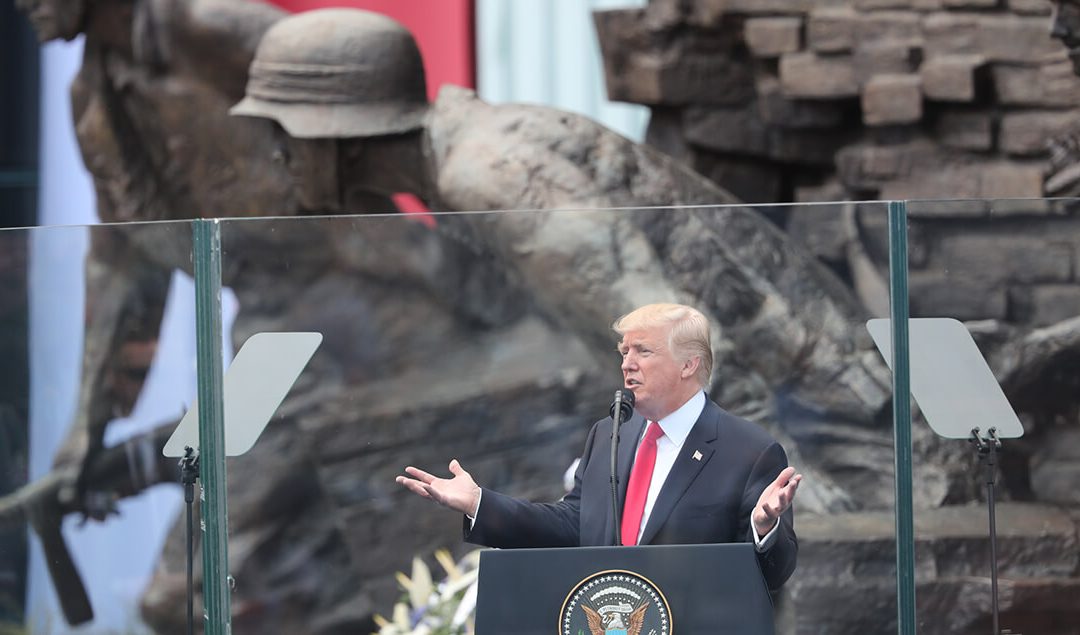 Putting Trump’s words aside, his actions have shown a disregard for the health and welfare of military families.

For the last few days, Donald Trump has been furiously denying conversations reported in The Atlantic in which he referred to veterans, active-duty soldiers, and World War II fighters interred in a military cemetery as “suckers” and “losers.” In one rebuttal to this “fake news,” the president insisted that he has “never called our great fallen soldiers anything other than HEROES.”

Trump’s opposition has worked itself into righteous indignation over his comments. VoteVets, the Democratic Party–backed advocacy group, denounced “Traitor Trump’s” disdain for those “making the ultimate sacrifice in defense of our democracy.” Presidential candidate Joe Biden took it as further confirmation of his opponent’s unfitness “to be the commander in chief,” and a personal insult to his late son, Beau, a Bronze Star winner in Iraq. Democrat M.J. Hegar, the Afghan War veteran seeking a U.S. Senate seat in Texas, found Trump’s remarks “sickening” and issued “a call to action to every patriot across the country … to stand up for the next generation putting on the uniform.”

What none of these or other critics have dared to address is the fact that, under Trump, too many veterans and service members have, in fact, been “losers.” In short, a better target for Democratic outrage than Trump’s words would be his administration’s actions.

For example, largely out of sight, millions of Americans suffering from wounds of war have had their health care coverage eroded on Trump’s watch. Secretary of Defense Mark Esper is attempting to reduce Pentagon spending in the one place where more is actually needed—the Military Health System (MHS). Esper’s budget includes over $2 billion in cuts to care for 9.5 million active-duty personnel, military retirees, and dependents. More service members and their families will be forced to go off base, using their Tricare insurance for reimbursement of private doctors and hospitals currently flooded with COVID-19 patients.

“If enacted,” one expert told me, “these cuts will seriously jeopardize the ability of the MHS to fulfill its mission to provide the health care to which the DOD family is entitled … the MHS is in a ‘death spiral’ during a time of national COVID-19 pandemic emergency.” Two programs at risk are the DOD’s Center for the Study of Traumatic Stress (CSTS) and Center for Deployment Psychology (CDP), both based at the Uniformed Services University (USU) in Maryland, which functions as the nation’s federal health professions academy. At these research centers, clinicians study how to develop more effective ways of treating military trauma.

One of the major goals of these programs is reducing the high rate of suicide among current and past service members. According to the DOD, 541 men and women on active duty or in reserve units died by their own hand in 2018. The Veterans Health Administration (VHA) reports that the risk of suicide among former military personnel is 21 percent higher than among other Americans. On average, 20 veterans die by suicide every day. A bill that passed the Senate unanimously (with the support of Democrats outraged by Trump’s comments) would allegedly ameliorate this by providing mental health care grants to non-VA programs. But instead of beefing up the VHA’s own mental-health programs and giving access to more veterans as well as their families, this “suicide prevention” measure would accelerate privatization.

Just as Esper’s proposed MHS cutbacks and related privatization push would undermine the quality of medical care and related specialized research, the expanded outsourcing of VHA care has created the same negative impact on nine million veterans. In 2018, with bipartisan support, Trump won congressional approval for the VA MISSION Act of 2018. While Trump takes credit for “VA Choice,” a bill that originally passed more than two years before he became president, it’s the MISSION Act that should be hung over his head.

The law has taken billions of dollars from what should go to the VHA budget for direct care to patients in veterans’ hospitals, diverting that money to private-sector providers, which deliver lower-quality care at higher cost, studies show. Pandemic conditions in non-VHA hospitals and the related disruption of private medical practice throughout the country have forced Veterans Affairs Secretary Robert Wilkie to briefly “pause” this vast outsourcing program.

Meanwhile, experienced clinicians, who deal with troubled soldiers and veterans, fear that their efforts to coax them into treatment could be undermined by Trump’s “sucker/loser” labeling. In military culture, mental-health problems and even physical injuries are too often stigmatized as a sign of personal failure and weakness. If you’re depressed due to PTSD, a traumatic brain injury, chronic pain, hearing loss, or some other service-related condition, there’s pressure to not self-report. Instead of seeking professional help, the sick, angry, and suicidal resort to self-medication, via drugs and alcohol, or worse.

The abuse of veterans and active-duty soldiers does not end with health care. In 2017, Vice President Mike Pence broke a tie and was the deciding vote in the Senate for a bill that repealed a Consumer Financial Protection Bureau rule allowing class action lawsuits against financial predators. Veteran and military groups staunchly opposed the bill, as military communities are prime targets for scams and rip-offs, and service members who frequently travel lack the time or resources to pursue individual arbitration claims. In other words, Trump made suckers of military families, who sacrifice to preserve constitutional rights like the right to a trial before peers. This may also increase the risk of military suicide since financial instability is, as Lt. Col. Samuel R. Cook has argued, “suicide’s weapon of choice.”

Trump’s statements are hardly the way “to bind up the nation’s wounds” or “care for him who shall have borne the battle,” as Abraham Lincoln said. But his denigration of soldiers, dead and alive—from John McCain to the next unknown veteran suicide victim—is not playing well in the ranks. Recent polling by Military Times confirms a further decline in Trump’s popularity within the military since 2016. Forty-one percent of active-duty personnel surveyed said they were voting for Biden, while 37 percent still favored Trump. Nearly 50 percent of those surveyed held an unfavorable view of Trump, a reversal from his 46-37 favorability ratings in 2017. Among officers, the disapproval rate was even higher, at 59 percent, with more than half expressing strong disapproval.

On November 3, the nation’s 20 million veterans, who backed Trump over Hillary Clinton four years ago, will have the opportunity to change their position. It would be a fitting way to prove they’re not suckers, by helping to defeat a politician who privately disses and dismisses them—through words and deeds—while publicly lauding their heroism.