Trump’s pardons recall the case of Lt. Calley Jr., convicted in the My Lai Massacre 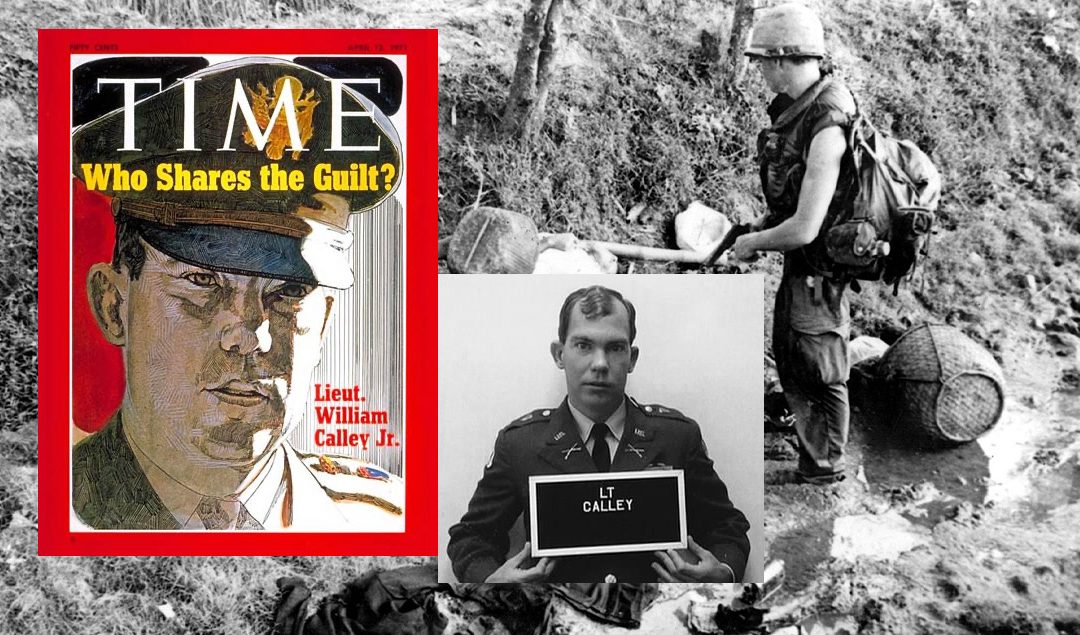 Today, President Trump pardoned four employees of the Blackwater mercenary corporation who were convicted of war crimes—three of voluntary manslaughter and one of first-degree murder. All had participated in a 2007 massacre in which 17 unarmed Iraqis were killed. One of the victims of the massacre was a 9-year-old boy.

On the morning of March 16, 1968, William L. Calley Jr., a 24-year-old Army lieutenant, woke up in Vietnam and prepared for an attack that would end in a slaughter.

The former insurance investigator was about to become the most notorious war criminal in U.S. history. He shaved. He combed his hair. He ate scrambled eggs and a creamed hamburger, downed some coffee and poured himself six canteens of water, according to his memoir.

He gathered his ammunition, his rifle and a cartridge belt. Then he and his fellow platoon members headed in helicopters for the hamlets of My Lai in the eastern part of South Vietnam. As his chopper hovered five feet above the ground, Calley jumped out and laid down fire before entering the village. There, he and other soldiers began massacring unarmed civilians.

“The fear: nearly everyone had it. And everyone had to destroy it: My Lai, the source of it,” Calley said of that moment in his 1971 memoir, “Lieutenant Calley: His Own Story.” “And everyone moved into My Lai firing automatic. And went rapidly, and the GIs shot people rapidly. Or grenaded them. Or just bayoneted them: to stab, to throw someone aside, to go on.”

Despite a lengthy coverup, Calley was eventually charged, court-martialed at Fort Benning, Ga., convicted of murdering at least 22 people and sentenced in 1971 to life in prison. But President Richard Nixon intervened on his behalf, sparing him from severe penalty. Nixon refused to allow Calley’s transfer to the prison at Fort Leavenworth, Kan., then sprung him from Fort Benning’s stockade and ordered him placed under house arrest at his apartment on base. The president also announced he would personally review Calley’s case before any sentence took effect.

Prosecutor Aubrey M. Daniel was so livid that he wrote a letter to Nixon blasting his decision.

“Sir: It is very difficult for me to know where to begin this letter as I am not accustomed to writing letters of protest,” he said in his statement. “I have been particularly shocked and dismayed at your decision to intervene in these proceedings in the midst of public clamor. . . . Your intervention has, in my opinion, damaged the military judicial system and lessened any respect it may have gained as a result of the proceedings. . . . I would expect the President of the United States . . . would stand fully behind the law of this land on a moral issue which is so clear and about which there can be no compromise.”

As Calley appealed, the military justice system reduced his sentence to 20 years, then 10. By late 1974, he was free on bail. Two years later, he was paroled. In all, he spent just a few months behind bars at Fort Leavenworth.