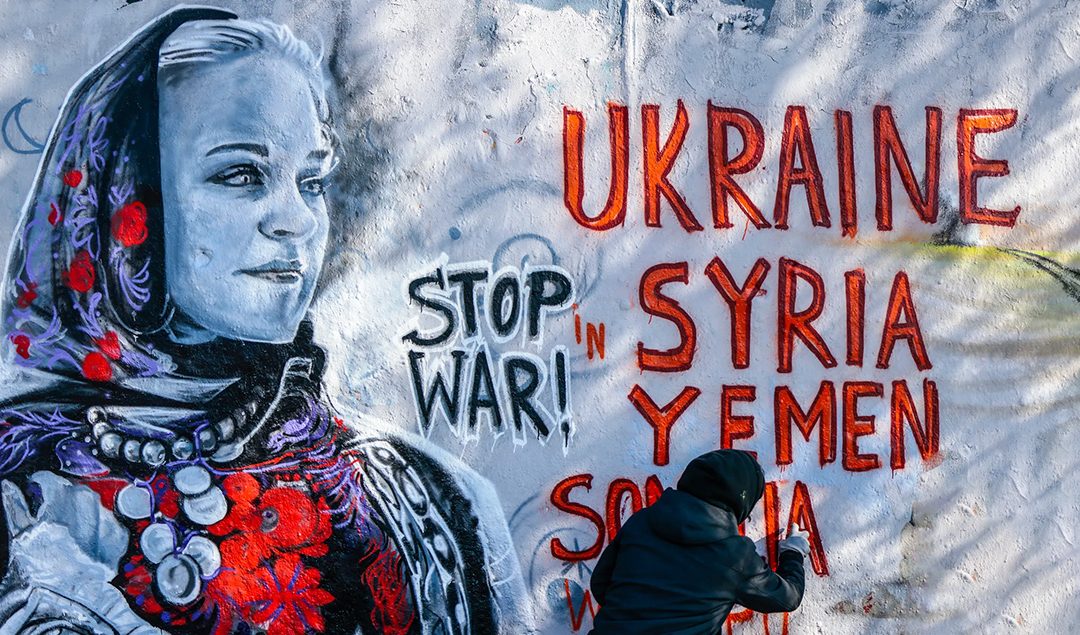 Biden has framed the war as a struggle between democracy and authoritarianism to protect a ‘rules-based international order’ It’s not hard to demonstrate the authoritarianism, not to mention criminality, of the Putin regime and its allies. It’s the democracy side that’s more problematic. It’s not just nations like Brazil, India, Philippines, Israel etc., all of whom were invited to Biden’s December 2021 Democracy Summit, or the cozying up to oil-rich nations like Saudi Arabia in the wake of the Russian invasion. As in the Cold War, a nation’s open-ness to US capital or its attitude toward Russia seem to be more the driving factors in Biden’s proposed coalition.

Certainly, democracy is at risk in all the nations named above, and more, including the US. In Europe the consensus that Europe was post-war has been destroyed. Orban’s easy victory in Hungary, Le Pen’s growing electoral strength in France, and of course the aggressiveness of the US right wing all problematize the idea that democracy is solid anywhere around the world. In many countries, nationalism and fantasies of power seemed to have trumped the spirit of democracy.

There is also the impetus gained by the militarists by the war. Germany, formerly the possessor of no drones, has reversed its policies. The military, industrial, financial complex in the US has been reinvigorated; the military budget even before the Russian invasion was approaching $800 billion. Biden is retreating on efforts to deal with climate change and has backed off further efforts to deal with poverty, housing and health needs. And the peace movement—at least the part that isn’t functioning as Russian apologists—is caught between solidarity with the Ukrainians and the scary celebration of the military.

What paths lead out of this dilemma?

If Biden wants to advocate for a ‘rules-based international order’—in and of itself not a bad idea– then to avoid obvious hypocrisy, these rules should apply to the US as well: relevant not only to the US invasions of Iraq and Afghanistan (and its legitimation of ‘[preemptive’ war), but its current support for the Saudi invasion of Yemen, the Israeli occupation, as well as its use of torture in Iraq and Afghanistan, its imprisonment of noncombatants in Guantanamo, and so on. If Biden wants to try Russia for ‘war crimes’, then the US should become a member of and subject to the rulings of the International Criminal Court, rather than acting outside its norms (along with China, India, Indonesia, and Israel).

A true rules-based order would prioritize a global strategy to deal with climate change, not a reinvigoration of the fossil fuel industry in the name of opposition to Russia. (see “Oil Thirst is Forcing Biden to Pivot US back to Saudi Arabia“)

Opposing Russian imperialism should go along with opposition to US interventions worldwide and its hundreds of military bases in countless countries.

As to the struggle for democracy, attention at home is crucial I fear that the progressive movement hardly seems up to the task of taking on an increasingly aggressive right which prioritizes power over even the pretense of democracy, embracing racism, sexism and homophobia (in league with Putin). Instead, we cannibalize each other and act out of moralism more than strategy; not in [practice helping develop and lead a broad front against the increasingly powerful right-wing movement.