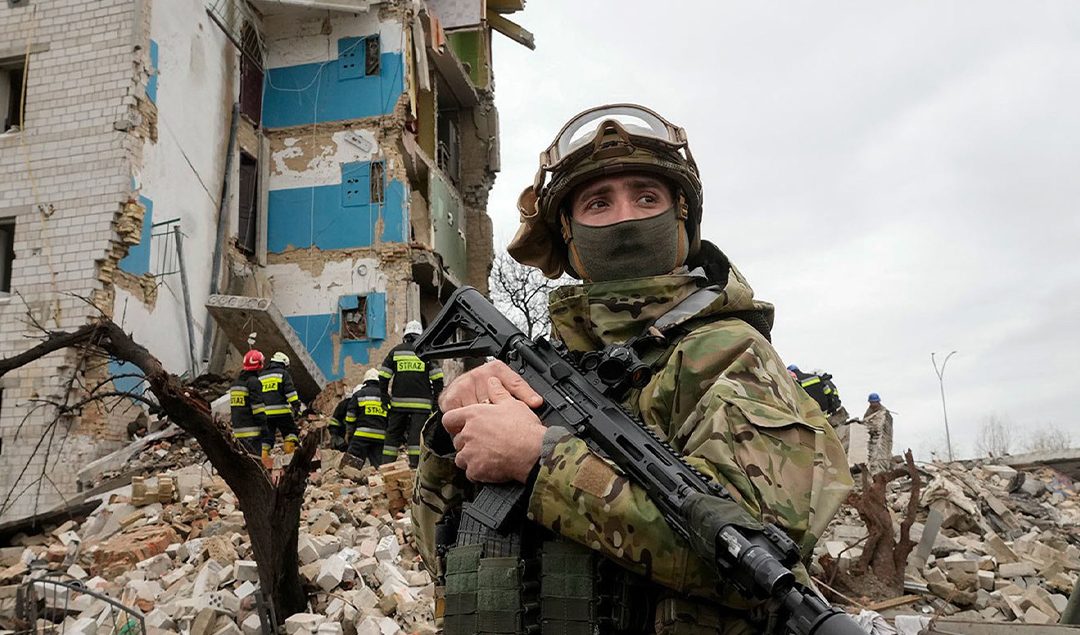 Ukrainian socialist Taras Bilous shares in this oped “Self-Determination and the War in Ukraine“:

“In many armed conflicts, it is right to call for diplomacy and compromise. Often in the case of ethnic conflicts, internationalists should not take a side. But this war is not such a case. Unlike the 2014 war in Donbas, which was complicated, the nature of the current war is actually simple. Russia is waging an aggressive imperialist war; Ukraine is waging a people’s war of liberation. We cannot know how Ukraine will develop after the war – it depends on myriad of factors.

“But we can say for sure that only if Ukraine wins will there be a chance for progressive change. If Russia wins there will be horrible consequences. This is the main reason to support the Ukrainian resistance, including with military aid…

“Today, the main threat to Ukrainian citizens is not the country’s far Right, but Russia’s occupying forces. This is true even for groups that have often been attacked by the far Right in recent years, such as Roma or LGBTIQ people, who are now also active in the Ukrainian resistance. And it applies to residents of Donbas, too. Kremlin propaganda has hypocritically used Donbas residents to justify the invasion, accusing Ukraine of ‘genocide’ while the Russian military razes the region’s cities to the ground. While people join huge lines to enlist in the Territorial Defence in Ukraine, in the Russian-controlled part of Donbas, men are caught on the streets, forcibly conscripted, and thrown into battle, without training, like cannon fodder.”

Quote of the week from Fintan O’Toole in the New York Review, “Our Hypocrisy on War Crimes“:

“The US has been, for far too long, fatally ambivalent about war crimes. Its own history of moral evasiveness threatens to make the accusation that Putin and his forces have committed them systematically in Ukraine seem more like a useful weapon against an enemy than an assertion of universal principle…

It is hard to overstate how important it is that the war crimes that have undoubtedly been committed already in Ukraine—and the ones that are grimly certain to be inflicted on innocent people in the coming weeks and months—not be understood as a ‘flexible instrument in the hands of politicians’… Those who have been murdered, tortured and raped matter as individuals not as mere examples of Putin’s barbarity…If accusations of Russian war crimes are seen to be instrumental rather than principled, they will dissolve into whataboutism.”

Pankaj Mishra on the “Implications of the war on Ukraine” in the London Review of Books:

“Putin’s atrocities in Ukraine have now given an opportunity to make America seem great again. The Russian bear has long guaranteed, more reliably than ‘Islamofascism’ or China, income and identity to many in the military-industrial and intellectual-industrial complex. An ageing centrist establishment – battered by the far right, harangued by post-Occupy and post-BLM young leftists, frustrated by legislative stalemate in Washington – seems suddenly galvanised by the prospect of defining themselves through a new cold war.”

A similar warning from Andrew Bacevich in The Nation, “The Ukraine Conflict Is Not About American Freedom“:

“Even so, count on Washington to interpret the Russia-Ukraine War as demonstrating the imperative of militant American globalism. Indeed, with the war’s outcome still in the balance, The New York Times has already reported with satisfaction that ‘the United States has reclaimed a mantle of leadership that some feared had vanished in Iraq and Afghanistan’—this, amazingly enough, the consequence of a war in which US forces have not fired a shot or suffered a single casualty…

“Reclaiming the mantle of military leadership, for example, is already justifying further increases in Pentagon spending. It may well revive the United States’ post–Cold War penchant for armed intervention. And most significantly, it is likely to provide a rationale for embarking upon a ‘new cold war’ with China. In short, the broad outlines of US policy following the Russia-Ukraine War will revert to what they were when the prior Cold War was just getting underway in the late 1940s.”