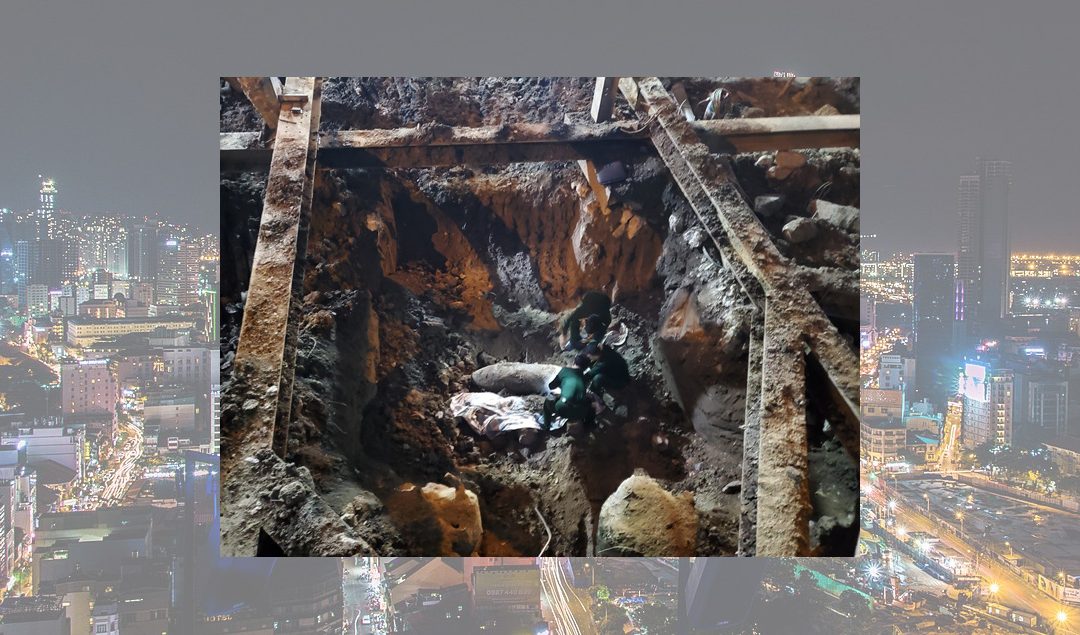 An unexploded bomb weighing about 340kg was found at a construction site on Cửa Bắc Street in downtown Hà Nội on Saturday evening.

Workers found the bomb which was buried two metres underground at the construction site for the headquarters of the Power Transmission Corporation No 1 at 15 Cửa Bắc Street.

As soon as the bomb was reported to authorities, traffic in the area was restricted and soldiers from Hà Nội’s High Command arrived at the site to inspect and deactivate it.

According to the High Command, there were options to dispose of the bomb but by Sunday morning, the options had not been approved.

A representative from the High Command told Pháp luật Thành phố Hồ Chí Minh (HCM City Law) newspaper that the bomb was expected to be moved on Tuesday or Wednesday.

As the bomb was too big, it was likely that the disposal would involve the Ministry of National Defence, the representative said. The ministry has not announced any evacuation plans for people living in the neighbourhood.

Since the discovery of this bomb, the potentially lethal weapon has been neutralized and removed from the densely populated neighborhood where it was found at a construction site over the weekend. Lao Dong newspaper reported that the two fuses on the bomb were intact, greatly heightening the danger. The area within 500 meters of the bomb’s location was blocked by authorities and everyone within a radius of 200 meters was relocated to safety. More than 1,400 households with 4,500 inhabitants were evacuated while the bomb was being removed.