U.S. aid to Ukraine could trigger a wider war 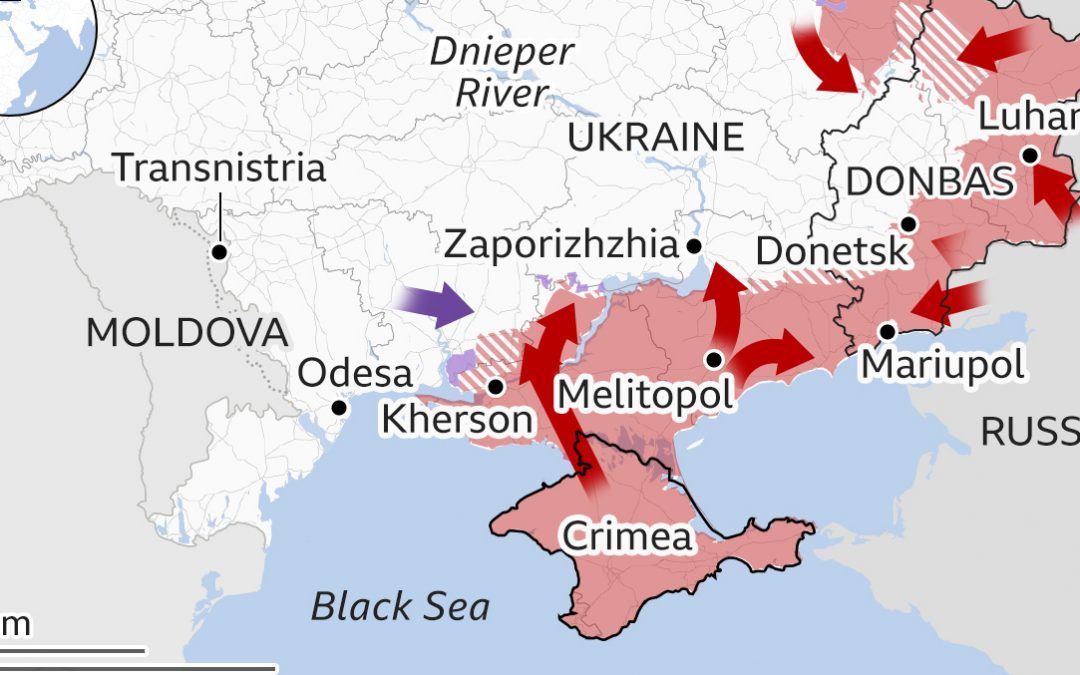 From supply line to tripwire?

Logistics wins wars. A non-stop flow of everything from bullets to howitzers is a key to prevailing on the battlefield. As Ukraine continues to surprise the world with its bloody showdown with Russia, it has become increasingly clear that U.S.-provided gear is the oxygen fueling Kyiv’s fight. Russia, at long last, has figured this out, too, and warned—get this—of “unpredictable consequences” if the U.S. doesn’t shut off its weapons spigot.

Instead, the U.S. and its allies are cranking it open even more. Russia’s reaction to its unprovoked invasion is like that of a schoolyard bully, just like its threat to move its nuclear weapons closer to Finland and Sweden if they decide to join NATO. Those of The Bunker’s age, who recall U.S. frustration with the Vietnam war’s Ho Chi Minh trail that kept Viet Cong kitted out for conflict, can only wryly smile now that the combat boot is on the other foot.

It’s a near-perfect war from the perspective of the U.S. military-industrial complex: no U.S. troops at risk, but the prospect of U.S. defense contractor profits as the Pentagon nervously eyes the arms depots being drained as the U.S. ships billions of dollars in weapons to Ukraine. Cynical, but true.

After two months of war, the U.S. military is running a far smoother trans-Atlantic logistics pipeline into Ukraine than the next-door Russians have been able to mount (Exhibit A being Moscow’s 40-mile supply convoy mired early in the conflict). Virtually all of the $2.6 billion in U.S. weapons shipped to Ukraine since the February 24 invasion have come from the Pentagon’s own depots (there have been only two Pentagon-Ukraine contracts: an April 12 Puma spy drone deal [PDF] for $20 million, and a February 28 Javelin anti-tank missile contract [PDF] for $20 million split among Ukraine and 14 other nations).

The U.S. has tapped into its own arsenals seven times since August to ship weapons to Ukraine, something a U.S. president can do unilaterally (PDF) when facing an “unforeseen emergency.” They include 1,400 Stinger aircraft-killing missiles; 5,500 Javelin anti-tank missiles; 700 Switchblade kamikaze drones; 7,000 small arms; 50,000,000 rounds of ammunition (roughly 300 slugs per Red Army soldier inside Ukraine); 18 155mm howitzers with 40,000 rounds; 16 Mi-17 helicopters; 200 M113 Armored Personnel Carriers; and hundreds of armored Humvees.

Ukraine has made no secret that it wants bigger, badder weapons to battle the Russians, including fighter jets and tanks. Retired Lieutenant General Ben Hodges, who commanded U.S. Army forces in Europe from 2014 to 2018, fears the U.S. and its allies are playing for a tie. “This is about us being the arsenal of democracy,” he told CBS’s Face the Nation April 17. “I would really like to hear the administration talk about winning and having a sense of urgency on getting these things there.” Moscow issued a démarche — basically, a curt diplomatic message declaring how dare you! — April 12 saying the U.S. and its allies are shredding “rigorous principles” governing arms flows during wartime, and ignoring “the threat of high-precision weapons falling into the hands of radical nationalists, extremists and bandit forces in Ukraine.”

Growing Pentagon concern over dwindling weapons stockpiles is why the U.S. military brass huddled behind closed doors April 13 with its biggest suppliers (BAE Systems, Boeing, General Dynamics Huntington Ingalls, L3Harris, Lockheed Martin, Raytheon, and Northrop Grumman). “Military planners are likely getting nervous,” Mark Cancian of the Center for Strategic and International Studies warns. “The United States maintains stocks for a variety of possible global conflicts that may occur against North Korea, Iran, or Russia itself. At some point, those stocks will get low enough that military planners will question whether the war plans can be executed. The United States is likely approaching that point.”

But the biggest danger isn’t to U.S. stockpiles. Instead, it’s how Russia reacts to the increasing flow of ever-more-deadly U.S. weapons into Ukraine, and to the U.S. troops training Ukrainian soldiers at European bases in their use. Pentagon officials fear Moscow might lash out, attacking supply routes or depots in NATO nations bordering Ukraine. That could turn these humming supply lines into tripwires, instantly triggering a wider war.

Make no mistake about it: the U.S. is poking the Russian bear with its burgeoning arms shipments, from safely outside the cage. For now.